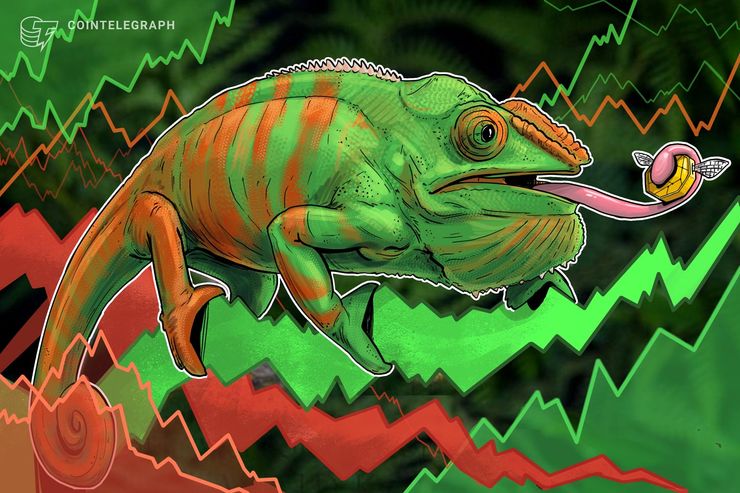 
Tuesday, Jan. 8 — crypto markets are seeing mixed signals, according to data from Coin360, after a day mostly in the green. Bitcoin (BTC) still remains above current psychological barrier of $4,000, while some of the other major cryptocurrencies see mild losses. 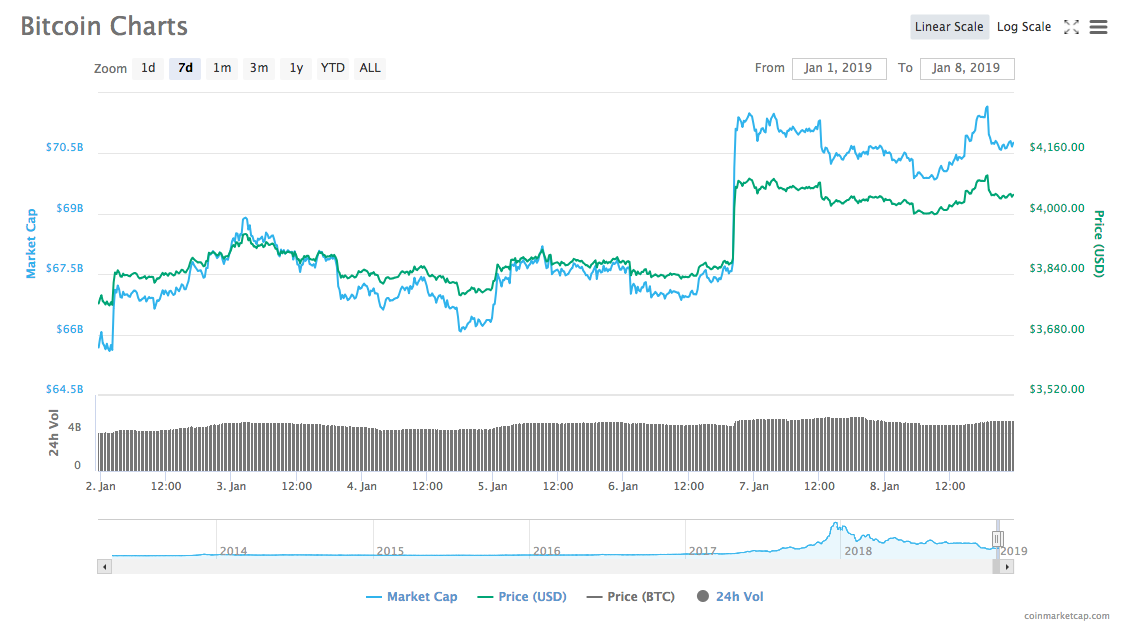 Ethereum (ETH) still occupies the leading position among the altcoins, losing around 1 percent on the day and trading around $151 by press time. As CoinMarketCap data shows, the coin’s price has sloped downwards since the middle of the week. 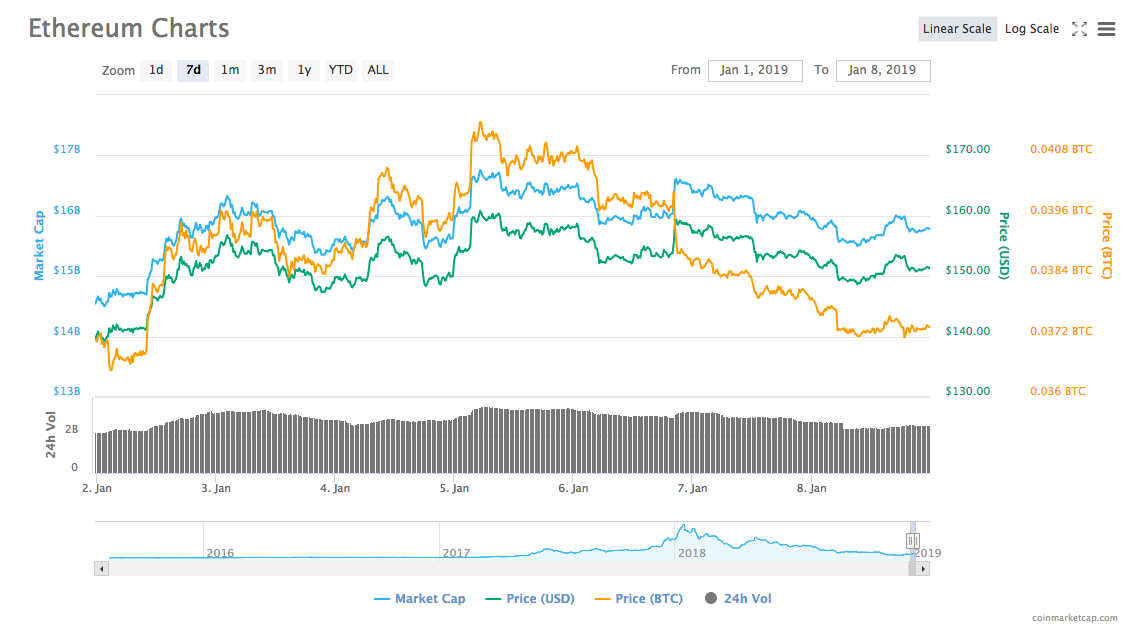 Ripple (XRP), the second largest altcoin, is also seeing a slight decrease in price of around 1 percent on the day, trading at $0.36 as of press time. The coin’s market capitalization is at $14.8 billion — almost a billion less than Ethereum’s, at $15.7 billion by press time. 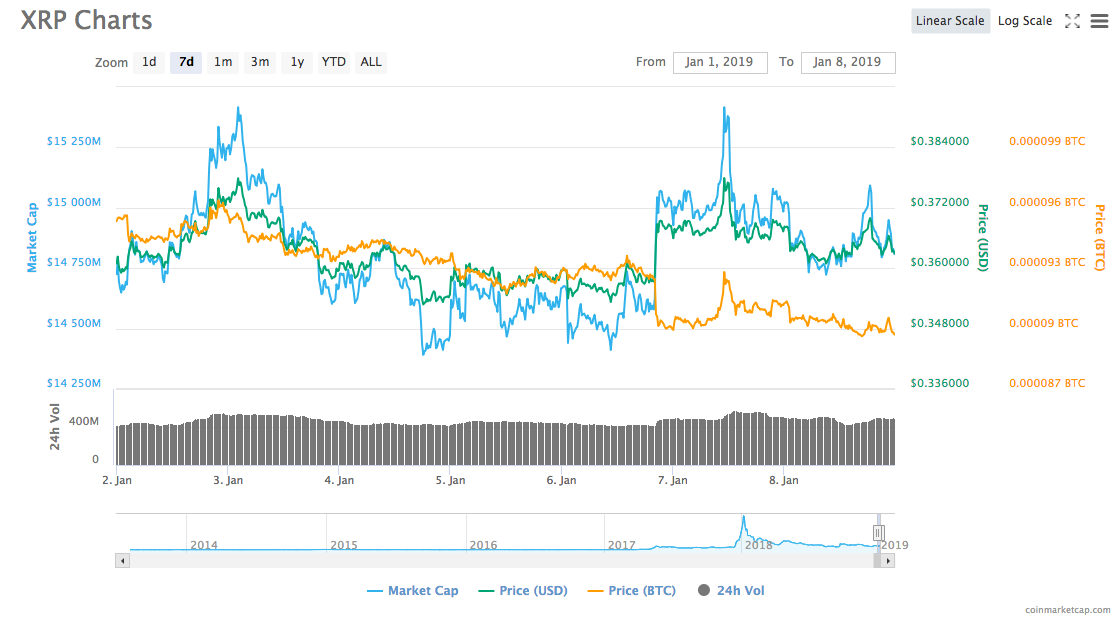 The total market capitalization of all cryptocurrencies is now at around $136.4 billion, after reaching an intra-week high point of $138.7 billion earlier today.

While the crypto industry keeps discussing an alleged double-spend incident on Ethereum Classic (ETC) network that might involve over $1.1 million, the coin is seeing mild losses on the day today. As of press time, the coin is hovering around $4.9, losing around 1.7 percent throughout the day.

As Cointelegraph reported yesterday, a member of the Governing Council of the European Central Bank (ECB), Ardo Hansson, called cryptocurrencies “a fairy-tale story” and claimed that “the bubble has already started to collapse.”

Today, further criticism of Bitcoin was made by Israeli economics “tsar” Avi Simhon, the head of the National Economic Council and senior economic policy advisor to the country’s prime minister. The official said that the coin is intrinsically inefficient, predicting that it will therefore disappear.

Meanwhile, Australia has imposed a travel ban and frozen the funds of John Bigatton, a promoter of reported $2.6 billion Ponzi scheme Bitconnect. His wife Madeline Bigatton, who is listed as a director and shareholder of Bitconnect International Plc and the only representative of Bitconnect Australia, has been missing since March.