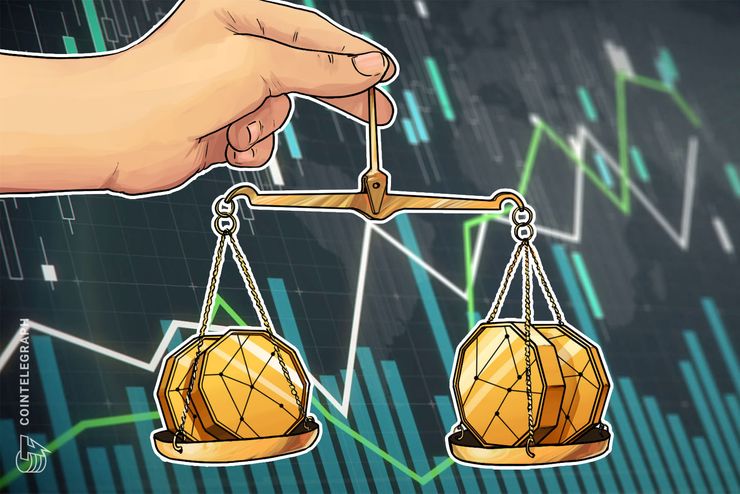 Crypto Markets Teeter on New Year’s Eve, With Mostly Losses Across the Board


Monday, Dec. 31 — on the cusp of the new year, all but one of the top 20 cryptocurrencies by market cap are in the red, as data from Coin360 shows. Losses among the larger cryptos are tempered, with most losing 2-3 percent, and losses capped at 6 percent. 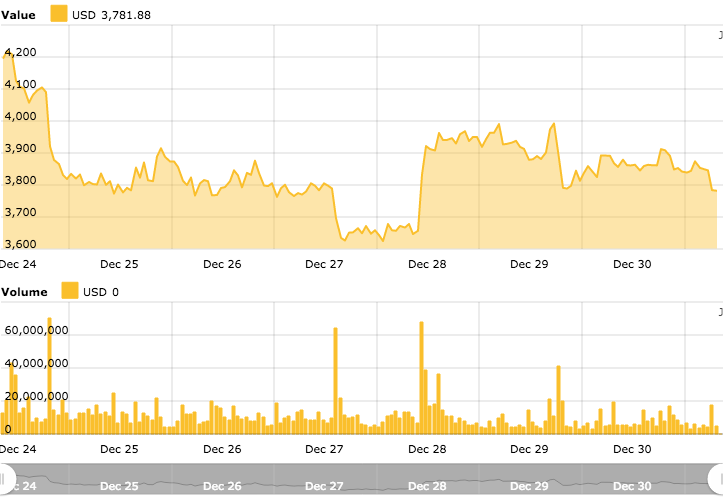 Ripple’s typical trading range over much of the week has been $0.36-$0.38; today’s renewed losses have brought the asset to just shy of 2 percent lower than its value at the start of its 7-day chart. Monthly losses are at a fairly mild 4.5 percent. On the year, Ripple is down close to 85 percent. 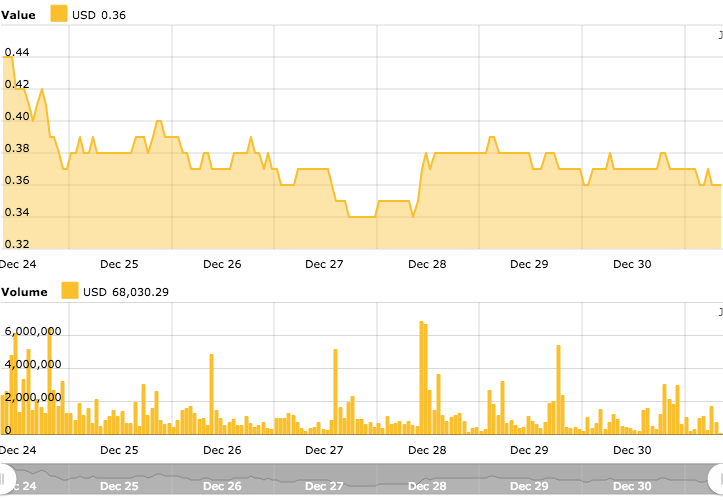 Ethereum is around 10 percent in the red on its 7-day chart as of press time. The coin has seen growth on the month, with a 23 percent gain. On the year, Ethereum is down close to 82 percent. 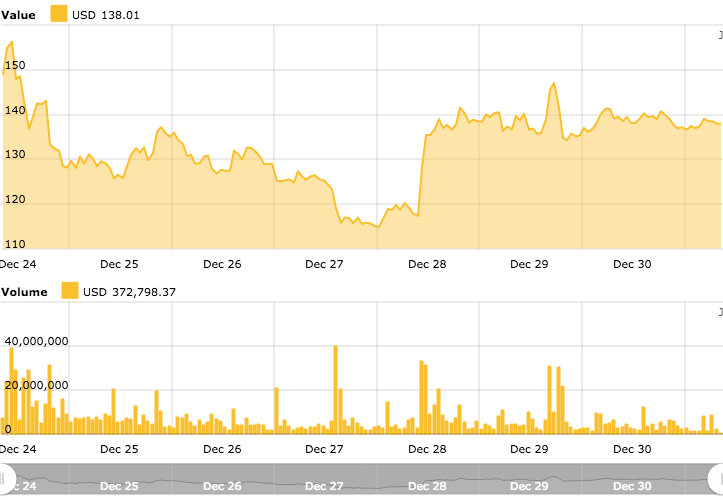 Among the remaining top twenty coins on CoinMarketCap, NEM (XEM) has sustained the highest losses on the day — down close to 6 percent at press time. EOS (EOS) and recently forked Bitcoin SV (BSV) are both down around 3 percent on the day to press time. Litecoin (LTC) is also pushing a 3 percent loss as of press time, while Cardano (ADA) is seeing almost 4 percent daily losses.

An outlier among the top twenty is Binance crypto exchange’s native token Binance Coin (BNB) — the only top coin in the green as of press time — which is up 3.46 percent to trade at $6.15.

Total market capitalization of all cryptocurrencies is at around $127.7 billion as of press time, down from an intraweek high of over $146.3 billion on Dec. 24. As compared with one year ago, total crypto market cap is down about 78 percent.

Important Trader Is Bullish On XRP And Tron