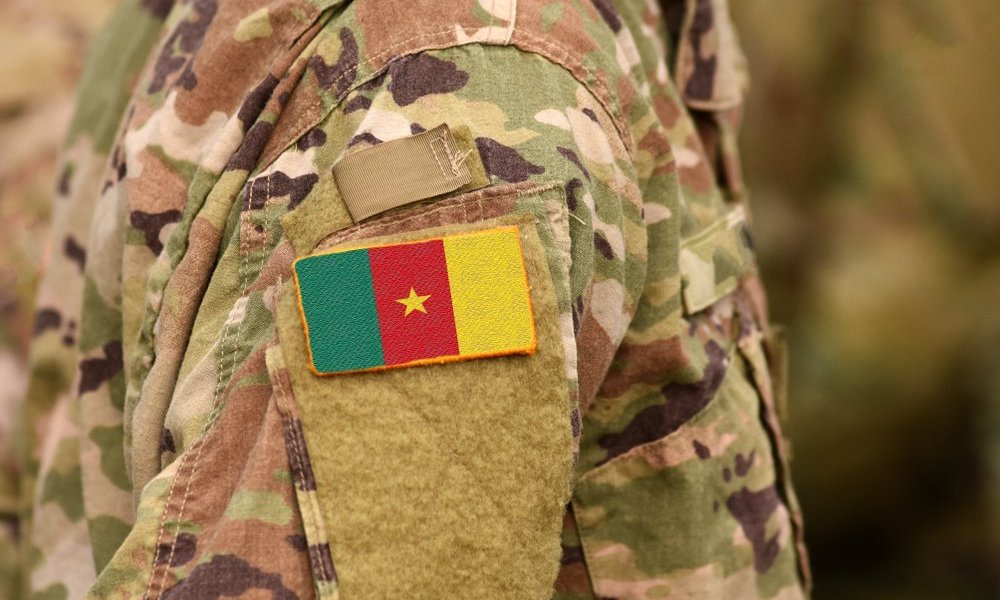 
CCN recently covered a story about AmbaCoin, an Ethereum-based cryptocurrency created by secessionist leaders in the Ambazonian region of southern Cameroon. As a follow-up, we sat down with Chris Anu, the separatist movement’s Secretary of State for Communications and IT, to discuss AmbaCoin and the prospects of cryptocurrency as a means of enabling freedom and resistance movements around the world.

CCN: The Cameroonian government recently carried out a prolonged shutdown of all internet and communication services across the parts of Southern Cameroon where there has been visible support for the Ambazonian cause. Does AmbaCoin intend to function as a peer-to-peer medium of exchange on the ground in the area, or does it merely function as a fundraising tool? If it is going to serve as currency in the short term, how will you get around the government communications blockade?

Chris Anu: AmbaCoin is intended to function as a transactional currency — peer-to-peer medium of exchange, a store of value, and a standard of deferred payment. This is what will equally give it its value and market cap. As it is adapted and used by Ambazonians on a regular basis, the CFA will gradually inch out. It will be independent of the CFA and of any government. Consequently, it is not impacted by devaluation and thus, a good choice to store value. Ambazonians have found ways over time to bypass the internet blockade using VPN services.

Use of internet shut down techniques to control a population will soon be a thing of the past. There are over two dozen companies now planning to beam satellite internet to every part of the globe. SpaceX launched a pair of experimental satellites in February of 2018 that are designed to beam an ultrafast, lag-free internet connection down to Earth. Microsat-2a and Microsat-2b are intended to blanket the globe in wireless broadband connectivity. The initial satellites in the network are expected to come online next year.

Google’s Loon has teamed up with Telkom Kenya Ltd. To build a network of high-flying balloons to connect people in the east African country starting next year. Signals are expected in sub-Saharan Africa as well. In 2015, Facebook teamed up with French satellite operator Eutelsat to launch a satellite — Amos-6 — that will beam internet connectivity to more than 14 countries in sub-Saharan Africa. It was slated to finish construction and find its way into orbit by 2016 but had some delays.

SES Networks, headquartered in Betzdorf, Luxembourg, has 12 satellites circling the globe with four more launched in 2018 and another four on order. Its fleet is delivering high-throughput data services to diverse places, many of which are remote or impoverished and could not afford to install the infrastructure necessary to support cable fiber. Beneficiaries include the Cook Islands, East Timor, Papua New Guinea, Chad, Madagascar, Democratic Republic of Congo, South Sudan, the Caribbean, and many others. Sub-Saharan Africa is on schedule!

CCN: The comparison has inevitably been made with Venezuela’s petro, especially because both cryptocurrencies operate on the ERC-20 standard and are purportedly backed by the natural resource potential of their respective countries. As the Ambazonian independence movement is yet to achieve a substantial measure of success, how exactly will AmbaCoin avoid the problems faced by the petro such as general lack of liquidity/availability and lack of capacity/infrastructure to exploit the natural resource deposits that its value is based on?

Chris Anu: Obviously, with every vision of this magnitude, there are challenges. The success of this project rests of two main strengths of the Ambazonian people. The first is the resilience, determination and ingenuity of the Ambazonian people that has allowed them; given their circumstances; to survive all these years. The second is our belief in a free society where the rule of law is respected. Notwithstanding the corruption culture French-Cameroon has brought into Ambazonia, Ambazonians for the most part believe in the rule of law and freedom.

CCN: Give us an exact idea of the demand that exists for AmbaCoin and your projection for how successful you think it could become.

Chris Anu: Major stock brokerage platform Robinhood have been offering cryptocurrency trading services since early 2018, and have continued to express their optimism towards the increasing demand for the crypto market. Some of the world’s largest banks including Goldman Sachs and JPMorgan have disclosed their ongoing initiatives to serve clients interested in cryptocurrencies as an asset class.

We believe that Ambazonians are ready to once again demonstrate their patriotism by giving up the CFA in favor of the AmbaCoin. We see adoption even within neighboring countries and countries within the Franc zone that do not want the CFA anymore. There is potentially a huge demand for AmbaCoin as our market indicators are telling us!

CCN: Let’s leave Cameroon for a minute and go over the border into Africa’s largest country Nigeria, which currently has a secessionist movement for the Republic of Biafra. Between 1967 and 1970, a bloody civil war was fought in that country over this issue, and what is generally credited with breaking the Biafran resistance was the Nigerian government’s economic blockade which prevented the Biafran government from taking part in international trade at any meaningful level.

Do you think that if the Biafran government had been able to create a state-backed cryptocurrency secured on the area’s natural resources, the outcome might have changed significantly? In the event of continued military conflict between the Cameroonian armed forces and Ambazonian loyalists, how will AmbaCoin help civilians from becoming the biggest economic victims of the war as was the case in Nigeria?

Chris Anu: A keen observer of the Ambazonian situation would already have noticed that there is an economic blockade of Ambazonia. The development of Ambazonia has never been a priority of the dictatorial and colonial regime in Yaounde. That is why Ambazonia fights today. Ambazonia used to have an airport in the city of Tiko and Bafut, a deep seaport in Victoria, prosperous industries but the colonizing power in Yaounde shut these all down. When they declared war on Ambazonia, they burned down their places of business even in Yaounde and Douala and in cities like Bamenda.

They implemented scorched earth policies by burning down villages, targeting individuals with possible economic resources and destroyed any remaining economic powerhouses and food sources. 1970 was a different environment. Today, with the restructuring of the UNHCR, there is the expectation of this body stepping in at some point to provide economic aid to impacted populations. Meanwhile, at a certain level when successful, the AmbaCoin project could apply quantitative easing to help support and rebuild Ambazonia. AmbaCoin could also use resources generated from sale to directly provide economic support to the affected peoples of Ambazonia.

CCN: On a global level, how do you think cryptocurrency adoption will impact on secession and independence movements in places like Catalonia and West Papua? In the context of such political movements, in your opinion are cryptocurrencies making power more decentralised or making the world more fractured?

Chris Anu: Every situation is different. Cryptos are not a solution to every freedom and liberation movement. Ambazonia was a UN-mandated trust territory with international borders. It had a prime minister who was its head of government and a functioning parliament; it went through three democratic peaceful transfer of power before any other African state. Therefore it has a national identity and consequently a currency acts as one of its national and state symbols. Ambazonia is basically restoring its independence voted on by the UN.

Catalonia, on the other hand, is one of Spain‘s wealthiest and most productive regions. Before the Spanish Civil War it enjoyed broad autonomy, but that was suppressed under Gen Franco. Prior to the constitutional court’s 2010 decision, a 2006 statute granted even greater powers, boosting Catalonia’s financial power houses. So its realities are very different from that of Ambazonia and a cryptocurrency might not necessarily be the right tool for its independence quest.

West Papua’s case is more similar to the Ambazonian situation in that their nation was handed to another entity without their expressed consent. The Indonesian government has been doing exactly what the colonizing government of Cameroon has done to Ambazonians — targeting killings, scorched earth policies, brutalization, maiming of citizens, imprisonment without trial, threatening freedom of expression, and so on. There is equally the current geopolitical and multilateral arrangement amongst nations that impacts their struggle for freedom. Nonetheless, there is a huge role for a cryptocurrency for West Papuans.

Meanwhile, there is good news too. West Papua’s struggle for independence is creeping up the international agenda as campaign groups, Papuan leaders-in-exile and concerned people all over the world bring to the forefront and to their leaders the injustices that are happening in West Papua. Cryptocurrency is freedom! It takes away control from centralized power and gives the power to the people and the private sector. It is independent of the control of a centralized government structure. Cryptocurrency is the next logical step in the evolution of fiat currency!

Bitcoin Is Ready To Surge – Nicholas Merten Drops His Target