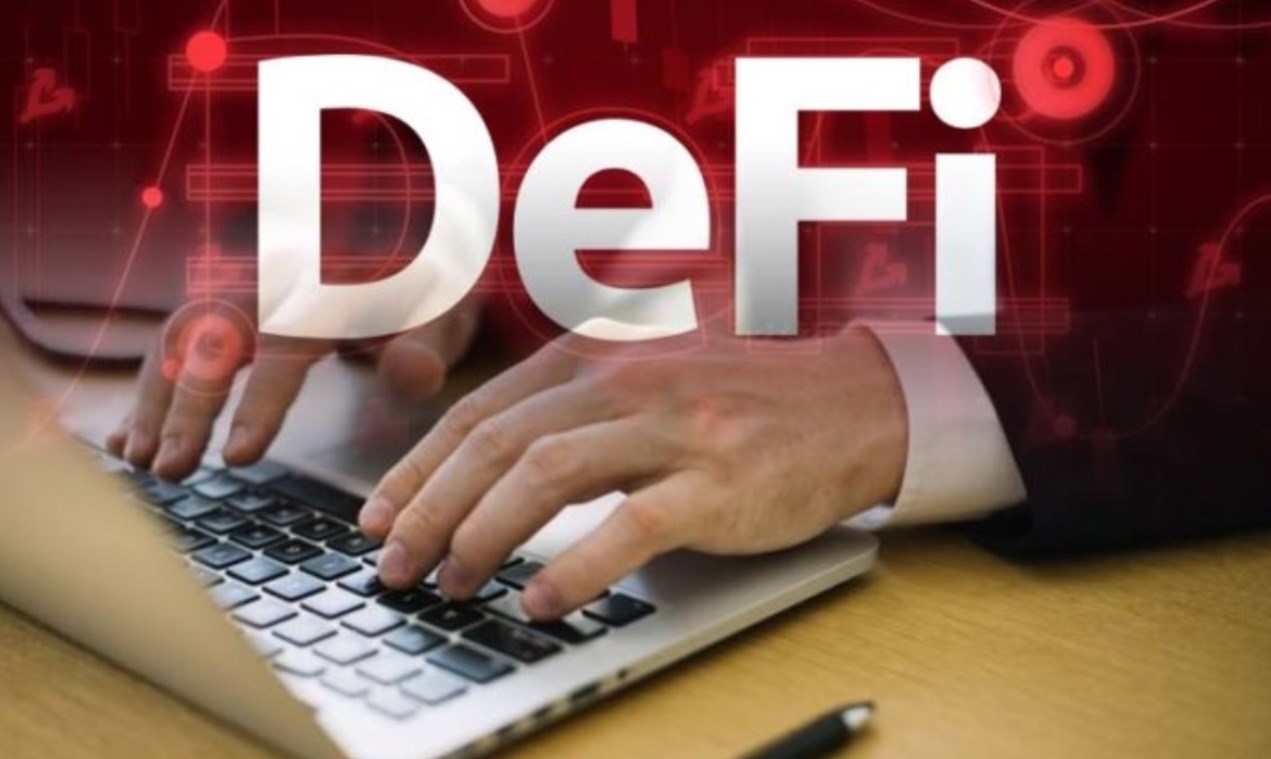 In the world of traditional finance, market players can swap future interest rate payments with one another. This is often done as a way to hedge against losses, manage credit risk, or speculate on increasing or decreasing interest rates based on future market conditions. These swaps may occur as fixed-to-floating, floating-to-fixed or floating-to-floating swaps, each of which is a type of derivative contract. When a swap occurs, the parties do not take ownership of the counterparty’s debt. Instead, under the derivative contract, the interest rates are swapped while the loan’s value (notional principal) remains with the original party.

In what is known as a “vanilla swap”, one party gains the risk protection of a fixed rate, while the other gains the possibility of profit from a decreasing floating rate. For example, a smaller institution might want to trade their riskier floating interest rates with a larger institution, which is willing to accept the risk of interest rate fluctuations. In return, the smaller institution would acquire a fixed interest rate, allowing for better financial planning. The size of the OTC derivatives market is colossal – according to the most recent data from the Bank for International Settlements, the notional value of interest rate derivative contracts recently hit $488 trillion.

Unfortunately, the market for interest rate swaps hasn’t seen significant change since the 1980s. It has since become plagued with extensive fees charged by banks and high settlement costs, often resulting from monopoly institutions taking greater control over the market. For this reason, decentralized finance (DeFi) is seen as a clear solution to eliminate the middleman with a comprehensive and scalable solution, among them being the Ethereum-based Tempus protocol.

Tempus, which is built on the Ethereum (ETH) network, is a decentralized secondary market for yields that allows users to fix or speculate on their income. A core part of the protocol is the TempusAMM smart contract, a custom AMM that allows users to deposit their yield-bearing tokens (YBTs) into a pool with a specified maturity date and either earn at a fixed rate or speculate on the future yield for profit. Once the YBTs are deposited, Tempus splits them into Principal tokens and Yield tokens. Users can then trade these tokens against each other using the TempusAMM. This way, Tempus allows parties to gain access to a trustless version of traditional interest swaps.

Tempus’ co-founder David Garai shares: “The AMM serves as an indicator of the market-implied yield of our pools and is the counterparty to each trade. The source of the fixed yield in our protocol is users trading all their Yields for Principals through the AMM and redeeming those Principals for the underlying asset on Maturity.”

In practice, these swaps are built on Balancer v2’s Stable Pools. Swap fees are also paid to liquidity providers, who earn rewards in two ways: via swap fees and yield from providing liquidity.

Each pool abides by different rules and has a varying maturity time, all based on the underlying protocol. Tempus also features a simplified, easily accessible user interface, so users have minimal barriers to managing their yields.

Additionally, the platform has addressed concerns around the fragmented liquidity in yield farms, where the requirement of stablecoins and other backing tokens to create automated market makers (AMMs) exists. Generally, half of those pools must be in a backing token, with the other half being the yield farming asset. As a result, liquidity providers only earn half of the liquidity they could otherwise be earning. Tempus deals with this by, for example, converting the ETH to stETH utilizing Lido. From there, the liquidity will be minted into Principals and Yields in exchange. Principal tokens provide fixed rate interest, while Yield tokens are variable. Users can then swap between these two tokens as they wish, depending on their risk profile.

Future yield for the masses

With Tempus being an Ethereum-based protocol, the team is getting ready for Ethereum’s upcoming 2.0 launch.

“We have identified strong institutional demand for trustless fixed rate ETH 2.0 staking, which is going to be our primary focus for the next few months. Risk-averse investors want to have more certainty about future staking yields,” Garai shares.

Tempus launched on Ethereum mainnet on Dec. 15, 2021, and currently has two Lido stETH pools available. The platform will also be launching its second integration with Rari Capital on Jan. 17,  with support for USDC and DAI, and with plans to release further integrations over the coming months.

As for Tempus’ longevity, the protocol recently received $1.9 million in a seed round and $4 million in a strategic funding round. The company has also recently raised $28 million via a token launch auction on Copper.

In the long term, Tempus aims to eventually expand its offering to other blockchain networks outside of Ethereum and is considering opportunities on both layer one and layer two.