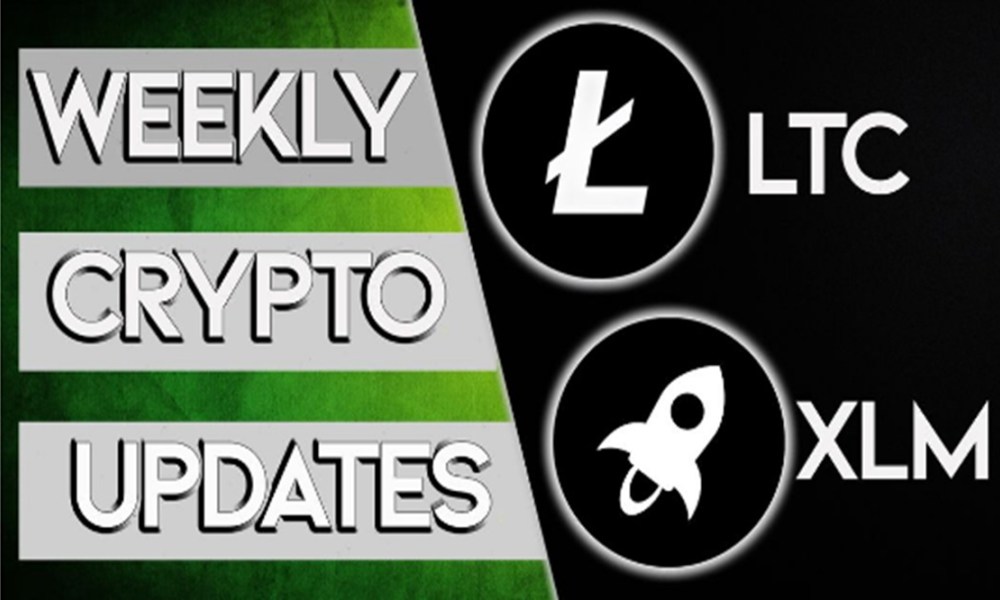 
It’s Saturday and we are back with our recap of the hottest crypto news through the week. We are pretty sure you’ll have been watching closely this week, although if you’ve missed out on the news, sit back and let’s run through what’s happened.

Referring to the markets first of all, as we have seen, values have been pretty steady. We are still within this ‘January sale’ when all prices seem to be riding especially low. This is great if you’re looking to invest, but for those only waiting for a perfect time to sell, it’s easy to understand why you might be feeling a little withdrawn at present. Please however do remember that as tempting as it is to buy so cheap, investment is risky. If you choose to invest in any cryptocurrency, you should do your own research first and always remember to only invest what you can afford to lose.

This week, Stellar XLM and Litecoin have all made headlines at Crypto Daily, let’s take a look at what’s been going on!

According to reports, a number of fintech leaders and financial experts have come together to discuss the future of Stellar XLM. It seems that the general feelings for XLM are still bullish, thanks to the projects likeness to Ripple XRP. Stellar XLM is seen as the only major competitor to Ripple’s XRP, which currently holds a monopoly on cross border transactions.

Because of this, industry leaders feel that eventually, when the adoption of XLM takes off, its price will surge simply because of the technology it is built upon.

As covered by Crypto Daily:

“Stellar Lumens will be one of the top gainers of 2019. In a recent report, they have said that Stellar will surge by a total of 84 percent by the start of February this year and reach a price $0.21. The report also states that they believe that XLM price will reach 41 cents by the end of 2019 which would leave the cryptocurrency with a 260 percent increase overall. The fintech leaders in question are six professionals from the industry, although it’s worth saying that they didn’t all agree with each in their estimates. Instead, the survey simply averages out the six leaders predictions thoughts on the cryptocurrency.”

Okay, this is a pretty brave estimation considering that the start of February really isn’t that far away. A surge of 84% would force XLM into a far more attractive price range, so we are a little sceptical about this one. To add some reinforcement to this rather wild clam, the CEO of Digital Capital Management (one of the experts on the board), Ben Ritchie has highlighted why he is so bullish about XLM:

“Ritchie said that he’s looking forward to two things this year. One of which is to see whether Bitcoin would rise if the S&P 500 began to fall further lower and the other being the decoupling of cryptocurrencies from Bitcoin. This is because the majority are still in the shadow of Bitcoin and therefore all follow what the leading cryptocurrency does in terms price and more.”

Essentially, as the monopoly held by Bitcoin falls, room will open up for the likes of Stellar XLM to take hold a huge chunk of the market.

Litecoin on the whole has been pretty quiet recently. Generally speaking, 2018 was a bit of a disaster for the Litecoin project and thus, the Foundation have been working hard behind the scenes to put plans into motion that will bolster a far more positive future for Litecoin and their cryptocurrency. In December 2018, Litecoin achieved a sponsorship deal at a major UFC fight, UFC 232. Incase you don’t know, UFC is a mixed martial arts based competition that sees huge popularity worldwide. UFC 232 sold 15,862 tickets alone, which goes to show just how big this sponsorship deal really was – a lot of people will have heard of Litecoin because of this.

Since then, analysis has been carried out on the overall impact of this sponsorship in order to see how much of an impact it has really had on spreading the ‘Litecoin brand’.

As covered by Crypto Daily:

“If we take a look at an analytics report from TweetBinder, the search result for ‘Litecoin UFC’ had a significant surge with more than 40,697,646 impressions over the course of just one week which has the potential to reach 16,035,068 unique users, the result of this term or hashtag is estimated to be near $80,000 in advertising money.”

Furthermore, the Litecoin Foundation have published more exciting statistics regarding the popularity of this deal and found that their own Twitter page recorded the following activity as a direct result of the sponsorship:

Chainlink(LINK) Price is Attempting a Huge Move, Will it Succeed in Regaining Levels Above $20?

Jack Dorsey resigns as Twitter CEO, but his crypto influence will remain