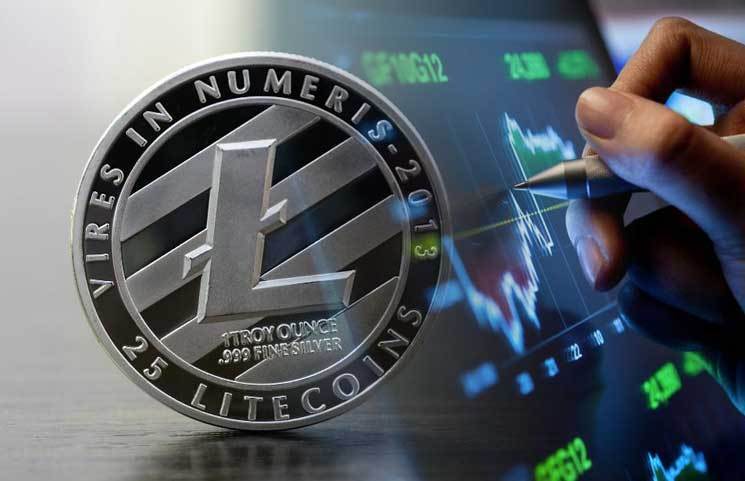 
As the crypto market is dealing with the ongoing bear market, LTC recently received a shout out from a former Olympic wrestler.

While many in the crypto community might not have thought the UFC would be a place to advertise crypto, the LTC Foundation thought otherwise. In December 2018, the logo of LTC featured prominently in the UFC Octagon during UFC 233 pay per view. The event managed to garner over two million viewers.

Ben Askren, a former Olympic wrestler, will debut on UFC 235 in the welterweight category. In a recent tweet, he promoted both his upcoming match and LTC. In the short 35-second video, the former Olympian thanked LTC Foundation for sponsoring his upcoming debut fight.

In the video, Askren tagged Charlie Lee, the founder of LTC and John Kim, a well-known person in the LTC community. He also gave a shout out to the entire LTC community and thanked the crypto world for its efforts through the LTC foundation for sponsoring him.

He also mentioned that he was personally a supporter of LTC and its promotion of the use of crypto in daily transactions.

He said that he was honored to be an LTC representative during the UFC 235, mentioning that he himself owned a lot of LTC. He was not just happy to be sponsored by LTC, he was also happy to be sponsored by a crypto coin in which he believed in its ability to create a better future. In his final remark, he mentioned that he was sure the entire LTC community also saw the potential that LTC had to create a better future.

His Support is Special

Askren is not the first famous person to support crypto. However, his support puts him in line with the goals and aspirations of the LTC community.

LTC, like other cryptos, has had little to be excited about. The last time it generated a lot of hype was in December 2017 when it hit its highest price. Since then, the coin has been in a general downward trend like most of the other crypto coins.

Despite the bear run, the LTC foundation has kept up its marketing efforts. Most of the marketing effort has come from Charlie Lee, who has tried to be independent of LTC by selling off all of his LTC holdings. This move was controversial in the crypto community, who accused him of abandoning crypto. However, he proved everyone wrong by being a major and creative promoter of LTC through the LTC foundation.

On top of its appearance on the octagon during UFC 233, this support by Ben Askrencould help to push LTC to the masses. This is proof that crypto coins and their communities can do a lot through grass root efforts.

When the bear run eventually ends, the coins that make it in future will be those that manage to achieve mass adoption. Clearly, the LTC community is aware of this and they are trying to make it a reality.

Jimmy Song: Bitcoin Can Be Instrumental In Starting A Peaceful Revolution