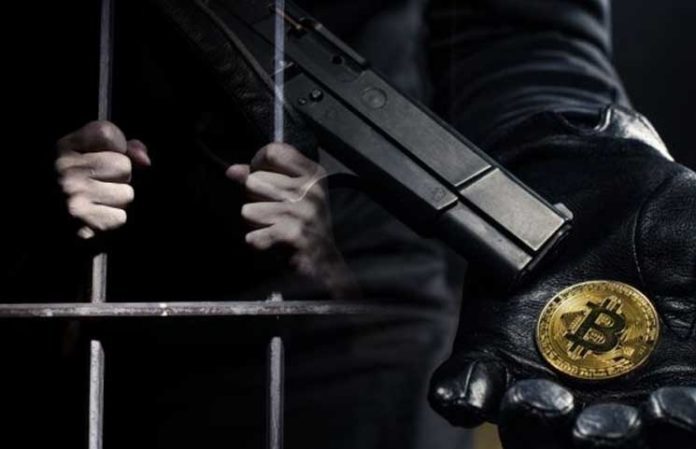 
In a world in which news spread at all times almost immediately, it is necessary to be prepared to listen to fake news. Readers usually find events and information that seem to be very attractive but in the end, they were fake news.

This time, the news regarding Russia buying Bitcoin to avoid US sanctions are considered fake news, and there are reasons to think in this way.

A few days ago, the Russian economist Vladislav Ginko said that Russia was going to invest $10 billion in Bitcoin. The economist is tied to the Kremlin and said that the country could move some of its USD reserves into Bitcoin (BTC), something that could start as soon as February 2019.

The information has also been released by The Telegraph on January 14 in which they confirm this theory that Russia could purchase Bitcoin to replace the US dollar as a reserve currency. According to Ginko, crypto-related activities in the country currently reach 8 percent of the country’s GDP. Additionally, there is also a possibility for the country to create a ‘Bitruble’ which will be traded against Bitcoin.

Mati Greenspan, a Senior Market Analyst at eToro, commented about this:

“We know that Vladimir Putin is a big advocate of blockchain technology. Obviously, he doesn’t like the sanctions that have been placed on him, and he’s already said that these types of sanctions are going to lead to de-dollarization. This is more or less the direction the Russian government is going.”

In a recent Tweet, Vladislav Ginko commented that the real factor of Bitcoin adoption will be when the Russian government will start investing in Bitcoin.

He went on saying that he expects that it will be $10 billion during the first quarter and $460 billion more in the future.

Chris, I believe sitting here in Moscow, Russia, that the real factor of Bitcoin apotion will be when Russian government I’m working for will start investing almost $470 billion reserves into Bitcoins. I expect that it’ll be at least $10 billion in the first quarter of this year.

The Trump administration has added several Russians to the list of sanctioned entities that US companies and persons cannot trade with. These sanctions are part of an aggressive stance that has been taken against the Government of the Russian Federation.

Ginko cites himself as being the person with knowledge on the matter. He explained that sanctions imposed on Russia could be mitigated with Bitcoin and that many officials’ families have invested in this digital asset as well.

Mr. Valdislav Ginko has also written a tweet in which he says that the convicted Ponzi scheme operator, Bernie Madoff is the real Satoshi Nakamoto, the anonymous creator of Bitcoin.

I promise to fight for the freedom of Bernard Madoff, the true Satoshi Nakamoto. @realDonaldTrump be courageous, ask for the retrial of Bernie, he’s innocent, he was silenced and threatened since he was too much aware of murky financial deals of Obama & Biden.

He has been retweeting articles citing himself several times trying to spread this story, even when there is no proof about it. There are several news outlets that have written the same story and that have contributed to the spread of this information.

Another thing he says is that he is a public media figure and he works in a Russian think tank, trying to give credit to the things he says. He went on saying that he appears on TV and radio stations in Russia.

At the time of writing, Russian officials did not confirm this information and the intention to purchase Bitcoin. They did not even suggest whether this is being taken into account or not.

Moreover, this is not the first time that Ginko makes similar claims about Russia buying Bitcoin in order to avoid U.S. sanctions. Back in July and August 2018 he made similar claims.

all will be changed when Russia is introducing cryptorouble, as analyst of Presidential Academy (Moscow, Russia) I can say is certainly.

Apparently, Russia was thinking about issuing a digital rouble backed by oil, gold and diamonds. Nevertheless, it seemed that he took his idea from the failed Venezuelan cryptocurrency Petro. This coin is actually ‘backed’ by natural reserves in the country that includes gold, oil and diamonds. However, neither the so-called Petro nor the Cryptoruble are being used. Indeed, the Cryptoruble does not even exist.

Clearly, Ginko does not have the legitimacy to claim that Russia is going to purchase $10 billion in Bitcoin to avoid financial sanctions. This might just be part of another fake news story that aims at spreading confusion among investors and traders from all over the world.