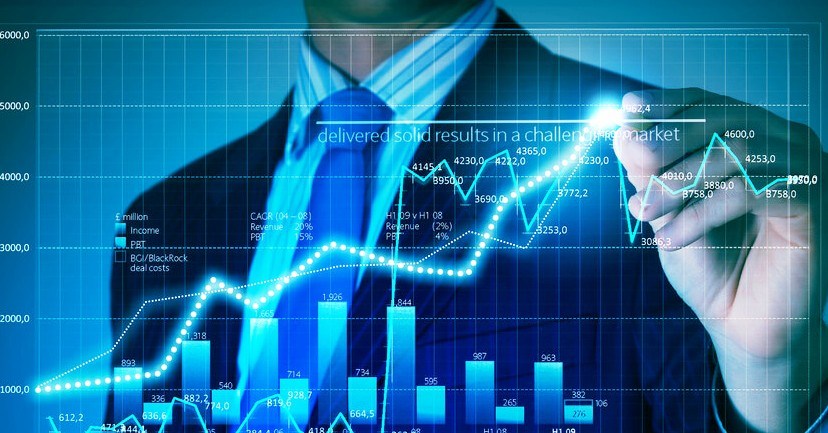 
The sell-off in US stocks which began in October is establishing 2018 as the worst year the market has encountered in a decade. As of December 28, the S&P 500 index was down about 7 percent on the annual and 15 percent from its high. Other indexes, including the Dow Jones and the Nasdaq, also recorded their worst financial quarters.

The Wall Street Journal reported that, in short-term, some sections of the US market formed a positive correlation with bitcoin. The decentralized cryptocurrency only recently developed an inverse relationship with its mainstream market counterpart, indicating that investors were moving their capital in and out of cryptocurrencies in tandem with other assets. However, fund manager Anthony Pompliano asserted that the correlation between the two markets was merely psychological, driven by portfolios that feature both stocks and cryptos.

“If you look at the correlation between digital assets and the S&P 500 over the last 180 days, it’s at zero,” he told CNBC. “If you look at it compared to the dollar index, it’s near zero. It has proven to be non-correlated, and I expect that to continue.”

Bitcoin has been in a corrective action all this year after overreaching its upside targets in December 2017, falling close to 80 percent from its all-time high. The digital currency had established a strong support area near $6,000, attracting theories that institutional investors from Wall Street were entering the space at a discounted rate. Since February, the $6,000-support was tested about seven times for a potential breakdown, correcting toward its upside on every attempt.

Between February and September, meanwhile, the S&P 500 index pursued a stable uptrend, rising from 2581 to 2930.75. It is essential to understand that only 10 percent of the wealthiest families and groups hold 84 percent of the total US stocks. About 51 percent of Americans do not speculate on the market, according to Edward Wolff, an economist at New York University. So if they gained enough during the first three fiscal quarters of  2018, it is possible that they allocated a smaller amount of their capital to cryptocurrencies like bitcoin via retail or over the counter markets.

It could be only a coincidence that the bitcoin market pierced below its so-called bottom near $6,000 under retail pressure, around the time when US stocks were undergoing a downside correction themselves. The cryptocurrency sector as a whole was taking heat from a hash war that was brewing inside the bitcoin cash camp. Mainstream investors could have found themselves surrounded by two diverse but uniformly bearish markets, one of whom was promising to act as a haven if the other one messes up.

It was the same time when the US Dollar index strengthened, indicating that capital flew into it from both stocks and — to a much smaller extent — crypto.

The scenario explains why Wall Street lately cooled its bitcoin ambitions down. Most notably, banking giant Goldman Sachs did not hasten to begin its bitcoin trading operations, as was expected by the crypto bulls. Citigroup similarly halted its crypto plans despite having developed products for it. Barclays saw two of its digital currency experts leave the firm, indicating that its plan to launch a crypto trading desk would be delayed as well.

It doesn’t particularly mean that Wall Street has now turned sour towards bitcoin, but merely reflects the interim sentiment of investors towards the more pressing macroeconomic factors. Organizations like Fidelity, ICE, and VanEck are building stable and professional crypto trading infrastructures for accredited investors. Regulators, on the other hand, are not banning bitcoin but are looking to make its market more accountable than it ever was.

As the markets enter 2019, their first priority should be to locate their respective bottoms. For stocks, it is about finding the correct price-to-earnings ratios of the companies listed in mainstream indexes. They are down 20 percent already and, according to Yardeni Research, should extend their downside correction to as low as 34 percent – based on historical evidence from 1973, 2000, and 2007 market crashes.

As for bitcoin, there is no concrete theory to evaluate its demand against the mathematically driven supply. Ideally – and amusingly – its price could ultimately fall anywhere between $1 and $1 million. For a market this nascent, it would take a little more time to locate its real support level, no matter what the analysts predict. More likely, the digital currency would surge once the mainstream investors come out of their “liquidity crunch,” i.e., when they would have dollars to spend on speculative assets.

“This brings us back to a long-running theme,” said Forbes’ Peter Tchir, “bitcoin needs to stand on its own two feet and not rely so heavily on the new adoption rate to prove its worth.”

Bottom line, the panic in Wall Street could ensure that bitcoin finds it difficult to locate big buyers. But all these markets will recover long term, that looks pretty evident.

Russia to avoid sanctions by the US and Europe using crypto