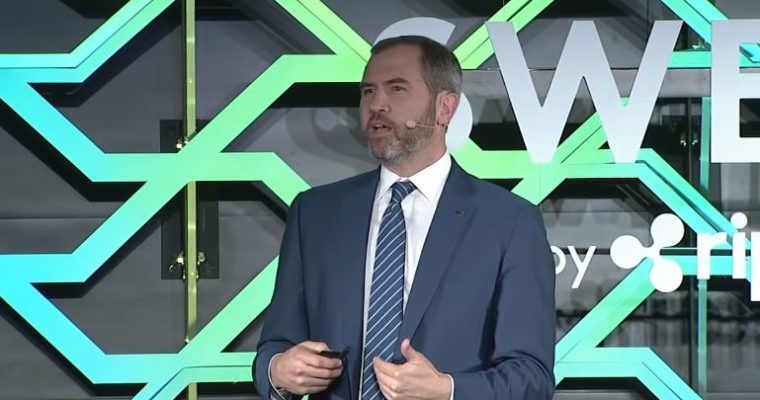 Ripple possible this year on the stock exchange

During the World Economic Forum in Davos, Ripple CEO Brad Garlinghouse made a number of interesting statements about the future of his company and about cryptocurrency in general. He made the statements during an interview with the Wallet Street Journal on January 23.
Garlinghouse expects Ripple to make an IPO somewhere in the coming 12 months. According to him, a so-called Initial Public Offering (IPO) is a “natural evolution” for Ripple. In addition, he states that more companies in the crypto and blockchain sector will make an IPO:

In the next 12 months you will see IPOs in the crypto / blockchain space. We will not be the first and we will not be the last, but I expect that we are at the top … it is a natural evolution for our company.

An IPO is often referred to as “going public” in English. This means that previously private shares can be publicly traded. This allows Ripple to acquire more capital to further grow the company.
Whether this will have a positive impact on the XRP (XRP) price cannot be determined at this time. An IPO would in principle mean that more institutional investors would invest money in the company. However, Ripple has often stated that the XRP and Ripple cryptocurrency are separate from each other.
Bitcoin (BTC) is too slow
Garlinghouse also made statements about cryptocurrency in general. He does not expect that a single dominant crypto will remain. In the conversation during Davos he states:

I’m bullish about BTC as a store of value, but not for payments. You don’t want to use BTC in Starbucks, by the time you get your coffee, it’s cold.

“I’m bullish on BTC as a store of value, but not for payments. You don’t want to use BTC at Starbucks b / c by the time you get your coffee, it’ll be cold. ”- @ bgarlinghouse at @WSJ Journal House… good point on why there won’t be one crypto to rule them all! pic.twitter.com/c89KrFILoc
– Asheesh Birla (@ashgoblue) January 23, 2020

It was recently announced that Ripple has reduced sales of XRP by 80%. In addition, the use of his On-Demand Liquidity (ODL) product has increased by more than 600%.
David’s new weekly analysis is online! He speaks in his analysis “The 200 day moving average (MA)” a few important MAs!

Binance Coin has grown hard over the past month

Bitcoin price slumps $2K on Musk’s ‘in the end’ tweets