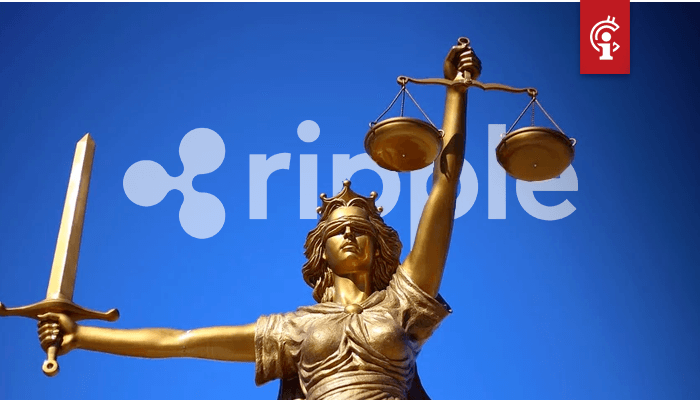 On May 1, a charge was brought against Ripple by Bitcoin Manipulation Abatement LLC. The charges were brought before the federal court of America. Ripple is said to have misled investors and sold unregistered securities in the form of XRP (XRP).
It is striking that the documents have been submitted by a small company which are difficult to find on the internet. Ripple owner Brad Garlinghouse is accused of illegally selling a large amount of XRP without any registration

“Deceptive advertising was used to draw more attention to Ripple. In this way, attempts have been made to drive up the price in order to achieve personal profit. ”

The company previously sued companies in the crypto sector. In 2019 they also started a lawsuit against FTX exchange. However, this case was dismissed a month later, many prominent figures commented on such charges. The owner of crypto exchange Binance, Changpeng Zhao said that most things are too far-fetched and therefore unreasonable.

Only scanned through the parts that explicitly had the word Binance. Honestly, all seems very far fetched. We have resolved the issues long ago.
– CZ Binance 🔶🔶🔶 (@cz_binance) November 3, 2019

XRP has already received many charges despite their relatively short existence. There is still a current case against Ripple on behalf of Bradley Sostack. He accuses Ripple of misleading investors and breaking laws and regulations. Sostack wants compensation for the damage and costs of the lawsuit. He also wants XRP to be labeled as an effect.

SEC open to the idea of tokenised ETFs