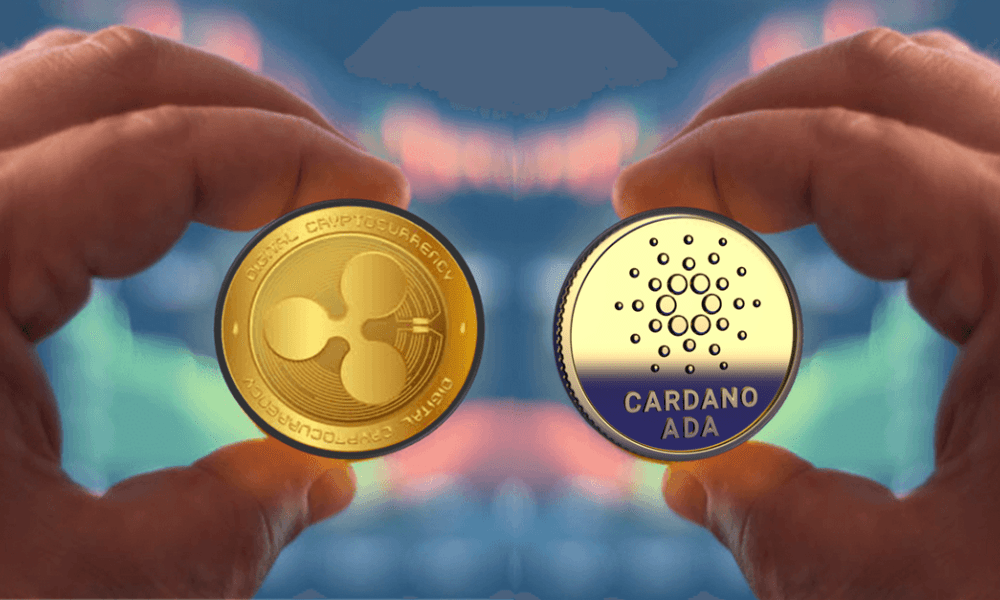 Ripple (XRP) Vs Cardano (ADA) – Which one has better prospects this quarter?


The Crypto market experienced a generalized rise led by the Ethereum yesterday at the end of the European session. The ETH/BTC chart followed the expected roadmap, and after touching the extension of the bullish trend, it rose sharply to get back above the main trend line. It also reached the resistance level at 0.0350 BTC per ETH.

This upside movement is positive news for the market since the leadership of the Ethereum is necessary for the market to continue moving away from the lows.

The market continues to be in a delicate situation since the main Crypto actors do not manage to get far enough away from the relative minimum prices, so that security, which is the basis of optimism, floods the minds of traders.

The BTC/USD is currently trading at the $3.645price level. Yesterday it left a high of $3.708, stopping at short-term moving averages and resistance to price congestion.

The MACD at 240 Minutes shows a bullish profile after yesterday’s gain but continues on the negative side of the indicator. It is necessary that the lines go into the positive zone to be able to see continued rises.

The DMI at 240 Minutes shows how after yesterday’s rise, the bears and bulls were at similar levels of activity, a tie that today seems to opt for the bears but without getting an advantage over the bulls that poses a bearish development.

The ETH/USD pair is currently trading at the $128.90 price level. After yesterday’s rally, it failed to break above the $130 price congestion resistance level, but it did break above the SMA100. Much better than Bitcoin.

The look at this time in the morning in Europe also seems to support a day of falls, although in this case, they could be minimal thanks to the support you can find in the simple average (SMA100) at $126.79.

In case the ETH/USD pair loses the first support level, the second support at $115 (price congestion support) is the next price target. A fall of this magnitude would be technically devastating and would complicate any bullish development in the medium term because it would drag down the exponential and simple averages and move down the resistance level. The third support at $110 (price congestion support), would see the beginning of a new bearish stretch and could be seen new relative lows.

The MACD in 240 minutes shows a bullish profile but still moving in the bearish zone of the indicator. The inclination and opening between lines support possible increases, but the crossing of the zero levels of the indicator will make sales appear.

The 240-minute DMI shows the bears taking some advantage over the bulls early in the session after pairing yesterday. Both sides of the market show a significant level of trend strength, which can lead to increased volatility.

The XRP/USD pair is currently trading at the $0.33price level after leaving yesterday’s high of $0.343at the 50-period exponential moving average. It then dropped and held above the $0.335 support level (price congestion support).

The XRP/USD is currently losing that level, which now becomes resistance and is heading towards the second support level at $0.32 (price congestion support). The XRP should not miss this second level of support, because it would lose all bullish potential and enter a strongly bearish environment that would target to the third level of support at $0.308 (price congestion support).

The MACD in 240 Minutes shows an upward cross profile although with less upward inclination than Bitcoin or Ethereum. It also moves on the bearish side of the indicator, so the upside potential is limited.

The 240 Minute DMI shows a tie between bears and bulls. Yesterday’s rise put the bulls ahead, but morning falls have made them lose strength, and now it is the bears who are trying to take control of the situation.

Living on Bitcoin Day 1: “That’s Not Going to Work”

Trader tells where the price of Ethereum, Binance Coin and Dogecoin goes