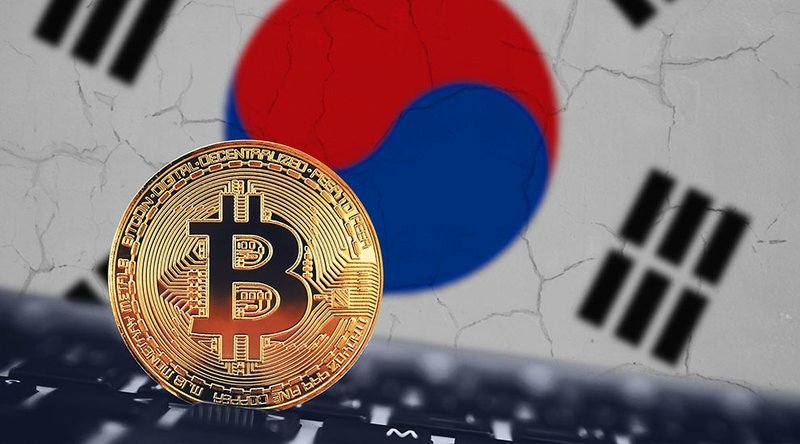 South Korea’s Largest Bitcoin Exchange May Go Public on US Stock Market, Will Anyone Care?

By CCN.com: US investors may soon be able to invest in one of the world’s largest bitcoin exchanges following its listing on the over-the-counter (OTC) US stock market.

No, Silicon Valley darling and cryptocurrency unicorn Coinbase hasn’t decided to go public, but Bithumb — the largest bitcoin exchange in South Korea and one of the world’s highest-volume crypto trading platforms — could soon find its shares available to retail and institutional investors alike, albeit in a nontraditional way.

Bithumb Will Use Reverse Merger to List Shares in US

According to documents filed with the Securities and Exchange Commission (SEC), US holding company Blockchain Industries has signed a “binding letter of intent” to merge with BTHMB, the Singaporean company that controls Bithumb.

On January 16, 2019, Blockchain Industries, Inc. (the “Company”) entered into a binding letter of intent (the “Letter of Intent”) with BTHMB Holdings Pte. Ltd., a Singapore corporation (“BTHMB”). The Letter of Intent provides that the Company and BTHMB will negotiate the terms of a certain stock purchase whereby the Seller shall sell that certain number of shares of the Company’s Common Stock (the “Sale Shares”) representing a super majority of the Company’s outstanding shares of Common Stock. At the consummation of the transaction, the Company shall become a subsidiary of BTHMB.

The move will see the new entity — dubbed Blockchain Exchange Alliance (BXA) — listed on an OTC market in the US, where its shares will be publicly-quoted. In short, Bithumb will use the “reverse merger” to go public with less scrutiny and red tape than accompanies an ordinary public listing, much as the Mike Novogratz-led Galaxy Digital did in Canada.

“We are thrilled to be part of this important initiative that is expected to bring liquidity, accessibility and expansion to the blockchain industry,” said Patrick Moynihan, CEO of Blockchain Industries. “By working with BXA, we expect to bring more advanced technology and better compliance practices into the public marketplace via a consolidated focus.”

“BXA is a global exchange alliance and the United States is a key factor to any global initiative,” said Byung Gun Kim, CEO of BXA.

By unifying our businesses, we benefit from the focused expertise of Blockchain Industries. As a result, we have tremendous growth opportunities in this region, and we expect quality results from this in North America.

It’s not clear how much BXA shares will be worth once they begin trading on the OTC market. Last October, Kim’s company purchased a 50 percent plus one stake in Bithumb for around $350 million. Since then, the bitcoin price has declined another 45 percent, though global trading volumes have seen a moderate uptick.

Bithumb Wanted to IPO But Didn’t Want to Wait

Per anonymous sources cited by CNBC, Bithumb had wanted to hold a traditional initial public offering (IPO) in Singapore but was too impatient to wait the one or two years the listing process would take.

The reverse merger, in contrast, will provide the company with immediate liquidity in the OTC market, as well as the opportunity, in the future, to fulfill the requirements necessary to list its shares on the New York Stock Exchange (NYSE) or Nasdaq.

However, regulators may have serious questions about Blockchain Exchange Alliance’s plans to allow US retail investors to invest in Bithumb, given that the South Korean trading platform was one of a number of exchanges to suffer hack-related thefts in 2018. Though the $31 million in stolen funds was relatively minor compared to the $530 million hack suffered by Coincheck, Bithumb’s June 2018 breach raised questions about its security policies.

Bithumb has also faced allegations of inflating its reported trading volumes. Last December, a research firm called CryptoExchangeRanks published a report concluding that the firm’s reported volumes are highly irregular, with an unusually large number of trades clustering around the same time period every day.

Exchanges were the segment of the cryptocurrency industry that seemed most impervious to the bear market since they could make money whether the bitcoin price was going up or down. However, the duration of the downturn has caused daily trading volumes to plunge, forcing even crypto exchanges to think more carefully about their bottom lines.

On Tuesday, CCN reported that Huobi — another of the world’s largest bitcoin exchanges — had confirmed that it had laid off around 100 employees as declining trading volumes threatened profit margins. CEO Weng Xiaoqi stressed that the company remains profitable right now but said that he doesn’t “know how long the bear market will last, so it is still possible that we will struggle to survive.” Huobi, he said, must “plan in advance and spend money carefully.”

Notably, Bithumb isn’t the only cryptocurrency exchange whose parent company’s shares could soon be available to US investors.

Those exchanges would comprise a minuscule portion of Tencent’s nearly $400 billion valuation, but the potential purchase would nevertheless provide investors with low-risk exposure to the cryptocurrency industry.

Do Investors Still Want to Invest in a Crypto Exchange?

Given the hype surrounding Long Blockchain, Riot Blockchain, and other public companies that made dubious blockchain rebrands in late 2017, the report that a major cryptocurrency exchange was going public in the US would have set the market on fire during the historic crypto bull run, perhaps carrying the bitcoin price even further then its current all-time high near $20,000.However, 13 months into Crypto Winter, is anyone even going to care?

XRP community member gets a reply from US Congressman; says cryptocurrencies should be promoted