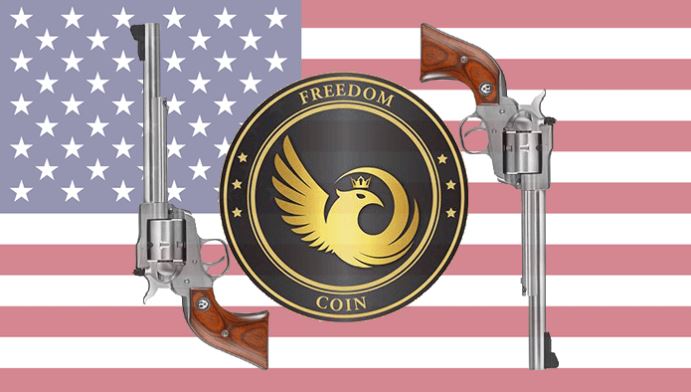 GunBroker.com, the largest website in the world for arms auction, adds cryptocurrency as a payment option in the form of a new stablecoin called FreedomCoin, according to a press release on 29 January.

The FreedomCoin was developed by blockchain company ICOx Innovations on the BitRail infrastructure and is a stable combination linked to the American dollar. According to the press release, the currency meets Know Your Customer (KYC) and Anti-Money Laundering (AML) requirements.

This is one of the first cases, of which I am aware, where a compliant cryptocurrency can really replace the other costly and time-consuming payment options, which is extremely valuable to the users of GunBroker. With hundreds of millions of dollars traded on GunBroker.com every year, this could potentially be the most widely used cryptocurrency in the US.

Thus Bruce Elliot, president of ICOx Innovations. GunBroker.com is according to the press release the largest website in the world in the sale of firearms. The site has around 4.7 million customers and processes around $ 600 million in transactions annually. CEO and CTO of Gunbroker.com, Steve F. Urvan, says in the press release:

Anyone who has ever bought a firearm knows how difficult it can be to deal with traditional credit card companies and other financial institutions. Thanks to ICOx and BitRail, we can now virtually eliminate this problem and expose a whole new segment of lovers of weapons and outdoor activities to the world of digital payments.

Stablecoins are becoming increasingly popular. Bitspark announced yesterday that it has launched the first stablecoin linked to the Hong Kong dollar. The Winklevoss twins announced their own stablecoin in September: the Gemini dollar. Facebook is said to also work on its own stablecoin for payments in WhatsApp.