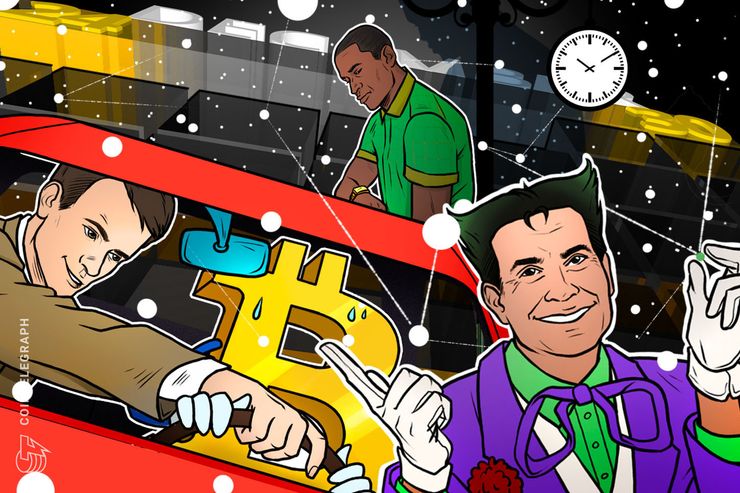 Graphics processing unit (GPU) producer Nvidia is currently facing a class action lawsuit over losses that the company reported when lower crypto prices lowered demand for GPUs by miners. The Schall law firm announced the lawsuit this week, with the complaint alleging that Nvidia made false and misleading statements to the market. Schall noted that since the GPU producer claimed that drop off in demand for GPU on miners would not negatively affect the business, the lawsuit has merit.

The development team for altcoin Bitcoin Private (BTCP) has confirmed this week that 2.04 million units of BTCP were created that were never intended to exist on the altcoin’s blockchain. Following a report in late December from a digital asset analytics website that revealed the discrepancy, the BTCP team launched an investigation that eventually found that the extra coins had been mined, but they do not yet know who created the coins and for what reason.

South Korea Rules in Favor of Bithumb After Investor Lawsuit Over $355,000 Hack

South Korean court has ruled in favor of crypto exchange Bithumb in a lawsuit in which an investor had sued the exchange for his loss of around $355,000 in an alleged hack. Ahn Park alleged that he had been the victim of a hack of his Bithumb account on Nov. 20, 2017, which resulted in the aforementioned loss, and cited Bithumb’s lack of security safeguards as befit a financial services firm. However, the court did not find Park’s claims that Bithumb’s activities were similar to that of services offered in the financial sector to be true, and ruled against him. 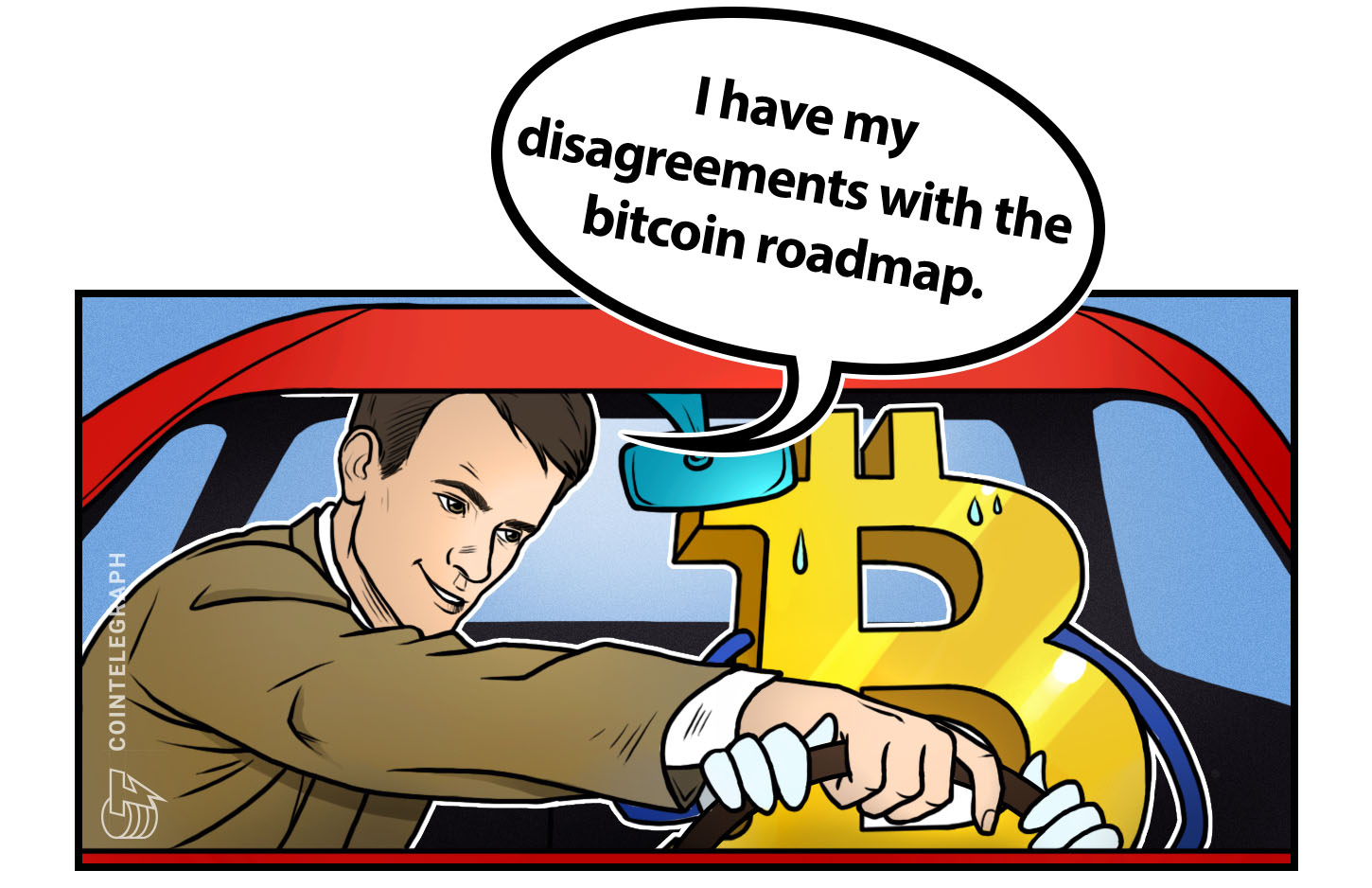 Local India media reported this week that a governmental committee has suggested that cryptocurrencies be legalized within the country. An unnamed senior official who reportedly attended the panel’s meetings on cryptocurrencies stated that there was a “general consensus that cryptocurrency cannot be dismissed as completely illegal. It needs to be legalized with strong riders.” The government reportedly set up this panel after the Reserve Bank of India’s ban on banks dealing with crypto businesses and persons in April this year.

Time magazine published a column this week that praised the liberating potential of Bitcoin, mentioning Venezuela as an example of a country where the citizens can benefit from the cryptocurrency. According to the article, Bitcoin is a valuable financial tool for avoiding censorship, specifically noting that Bitcoin can help Venezuelans avoid inflation, as a government cannot simply print more Bitcoin. The currency can also be used to bypass mass surveillance in places like China. 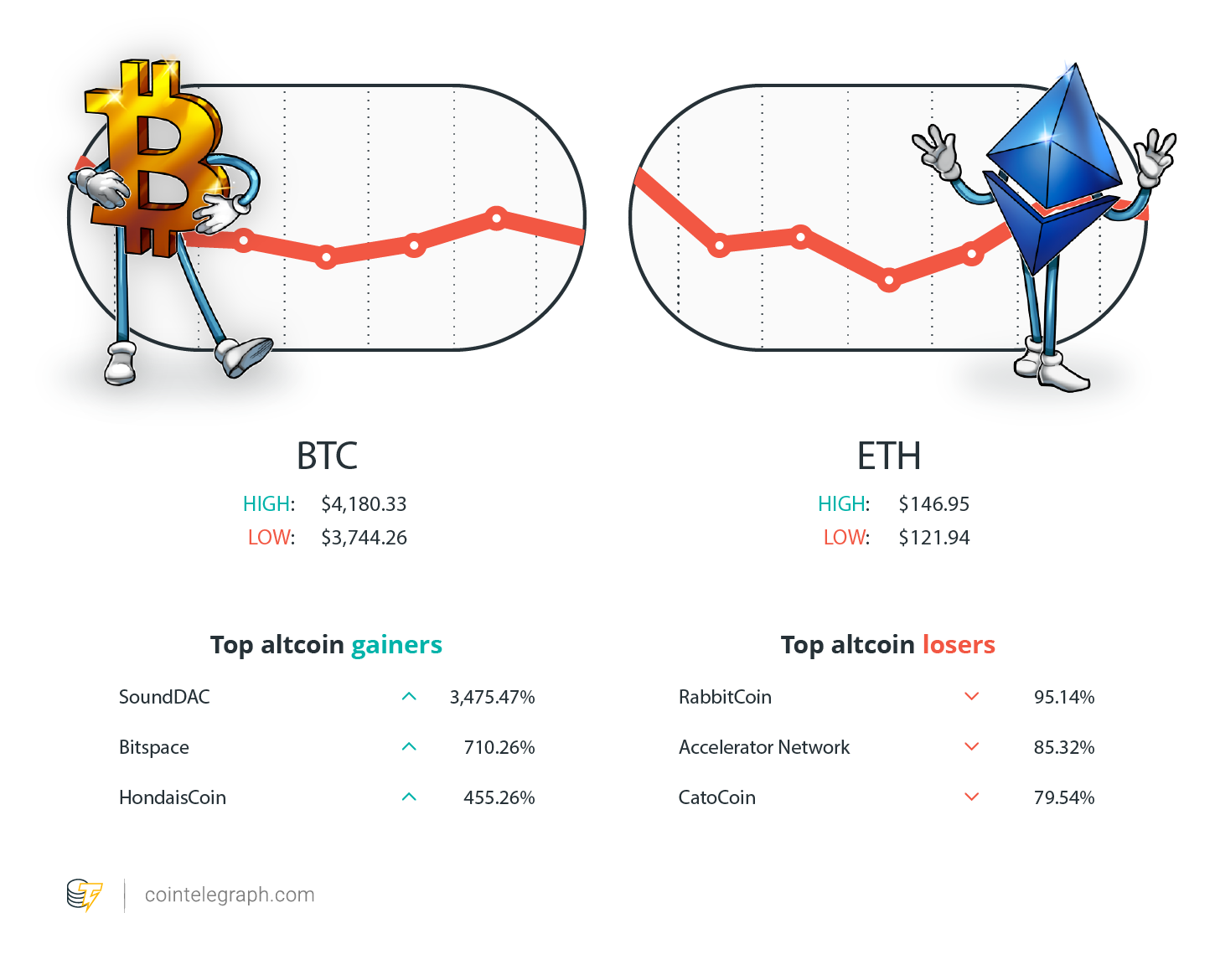 For more info on crypto prices, make sure to read Cointelegraph’s market analysis.

“Block-chain [sic] technology. No joke. Super powerful stuff, and the first one to figure out how to hack it, manipulate it or bring it down wins.” — Andrew Bustamante, reportedly a former CIA intelligence officer, speaking of the biggest threats to national security 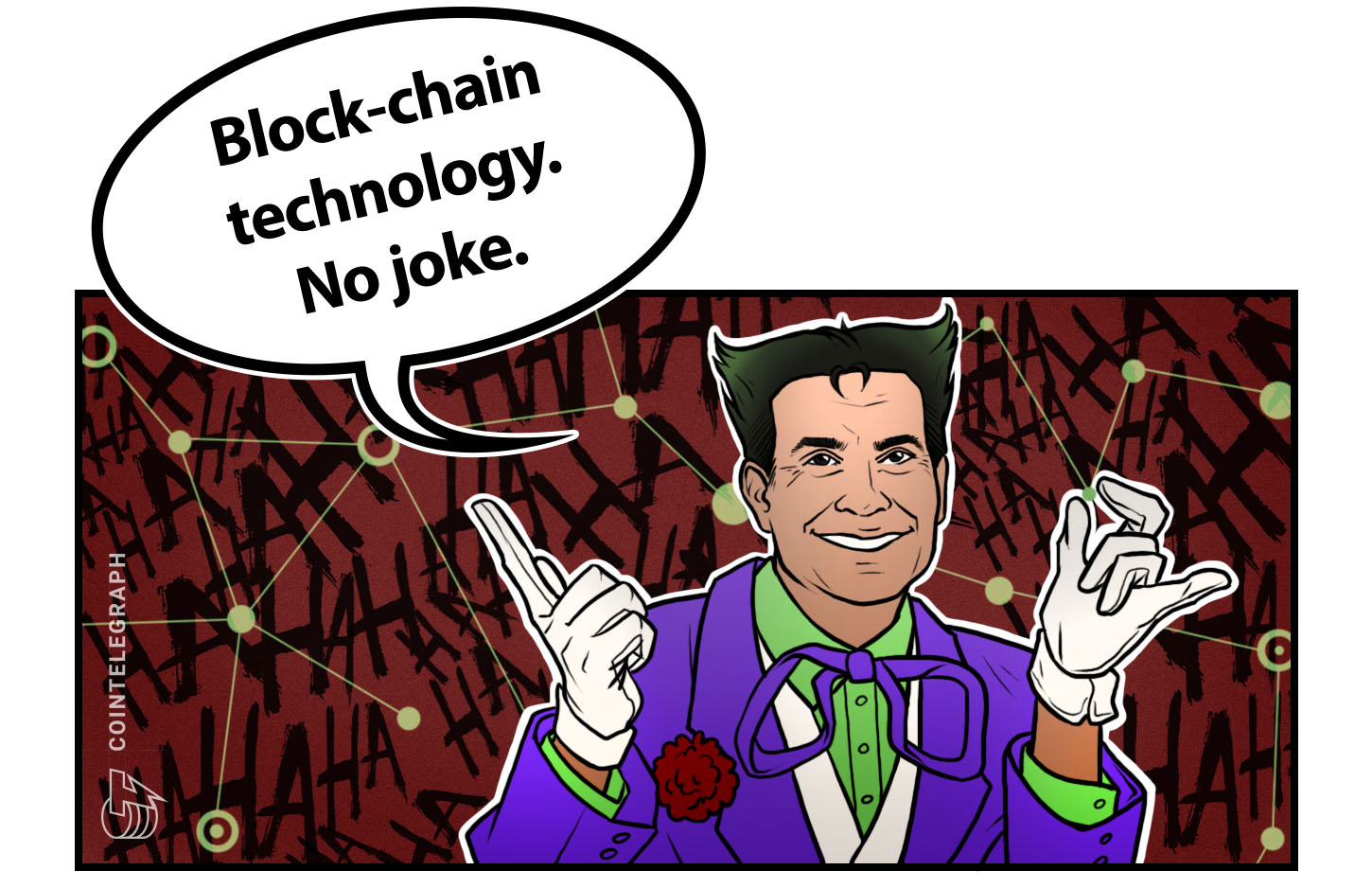 “Once there are new issues, then Ether will rebound aggressively. When the ICO market returns, Ether will quickly test $200. The timing of the ICO rebirth is 12 to 18 months out,” — Arthur Hayes, BitMEX CEO

“Yeah no, I have my disagreements with the bitcoin roadmap, PoW, etc but they’re trying to do something that’s genuinely cool tech. BSV is a pure dumpster fire,”  — Vitalik Buterin, Ethereum (ETH) co-founder

“At some point, yes, it will drive a profound shift in how we communicate and collaborate, but we’re not there yet,”  — Lance Braunstein, E*Trade Financial Corp. CIO, speaking about “blockchain” as a buzzword

FUD of the Week

A hack that reportedly took place this week against cryptocurrency wallet Electrum allowed a malicious party to steal almost 250 Bitcoin (BTC), commentators on social media reported. The hack was then confirmed by Electrum, which explained that it consisted of the creation of a fake version of the wallet that fooled users into providing password information. Affected users reported on social media that they failed to log onto their wallets after providing two-factor authentication code, which Electrum does not actually request during login.

Research published by the Wall Street Journal this week has revealed that hundreds of crypto offerings show signs of fraudulent activity, improbable returns and plagiarism. For its research, the WSJ downloaded the whitepapers of 3,291 crypto projects that had announced initial coin offerings (ICO), conducting an analysis of the documents. The research found that 16 percent — or 513 — of the aforementioned white papers showed signs of plagiarism and identity theft, and that 2,000 contained sentences with turns like “nothing to lose, guaranteed profit, return on investment, highest return, high return, funds profit, no risk and little risk.” 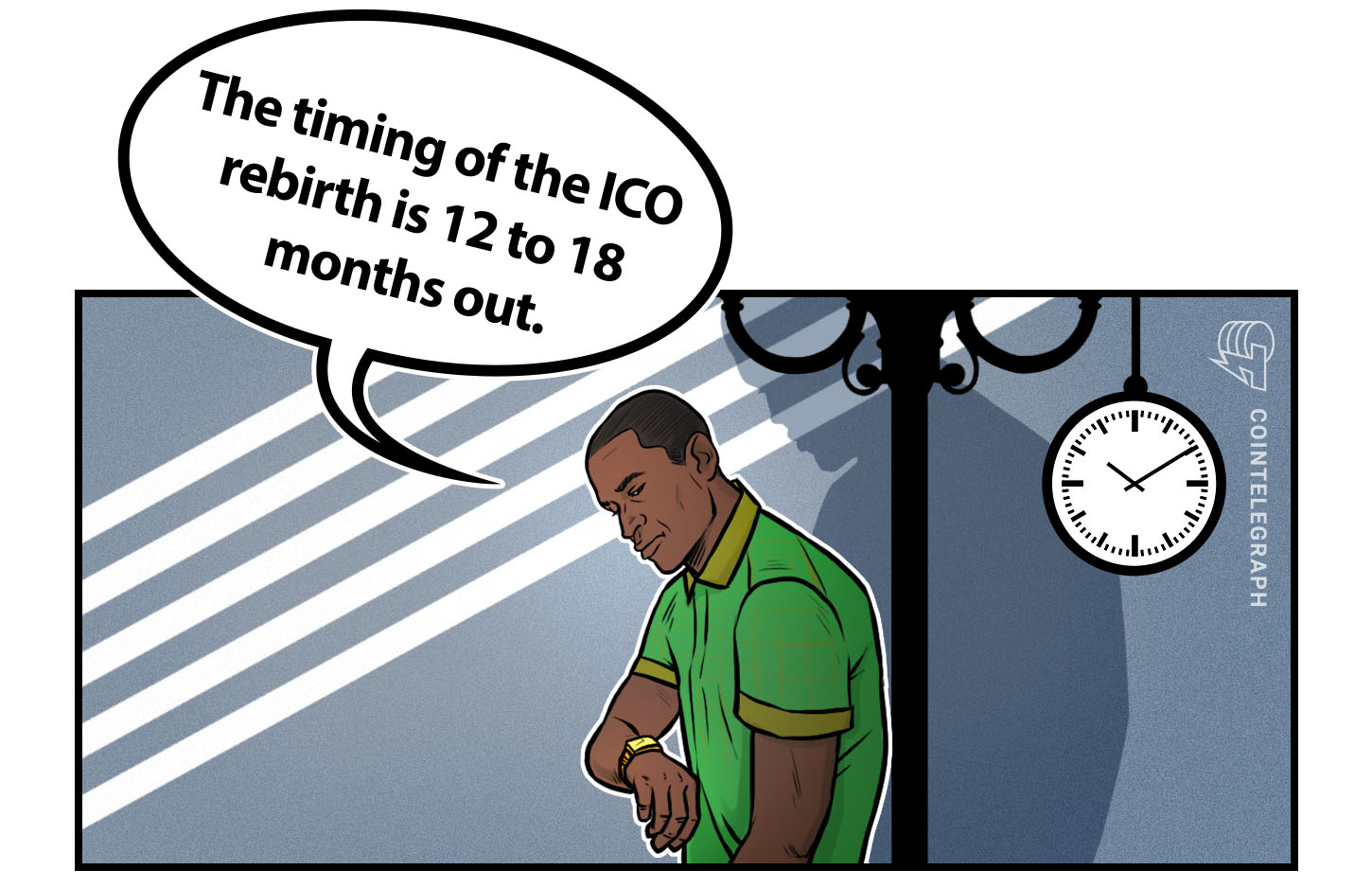 Unconfirmed media reports in China this week wrote that Jihan Wu and the Jenke Group will be reportedly soon retire as CEOs of leading mining ASIC producer Bitmain. According to unnamed sources, Bitmain is currently in a transition period, and employees are allegedly unhappy with the outcomes of the double-CEO system. The Chinese local media outlet also noted that their successor has the surname of Wang, without providing further information.

Japanese internet giant GMO Internet Group announced its intentions to leave the Bitcoin mining hardware sector. Citing major losses in Q4 of this year, GMO, which began its foray into BTC mining in 2017, has written in a public document that it will no longer develop, manufacture or sell miners, citing difficulties in the current business environment. The document also noted that GMO will relocate its mining operation “to a region that will allow us to secure cleaner and less expensive power supply.”

From Blanket Ban to Its Own Stablecoin: How Facebook’s Relationship With Crypto Changed Over 2018

Facebook often made the news this year in the FUD sense, as it banned, and then partially unbanned, advertising from cryptocurrency-related companies. In response to the rumors that the social media giant would be creating its own cryptocurrency, Cointelegraph looks at the history of how Facebook has interacted with crypto this year.

From “Obsolete” Blockchain to Bitcoin at $1 Mln: Predictions of 2018

As the year comes to a close, Cointelegraph looks at different predictions made this year about crypto, from the very accurate to the wildly off. As Bitcoin drops below $4,000 at year’s end, who was right?

Top Cryptocurrencies Mostly in the Red, Bitcoin Falls Below $3,900 Again

3.2 Trillion Shiba Inu Token Purchase Was Possibly Made by Squid Game Scammers, Here’s What it Means for Token