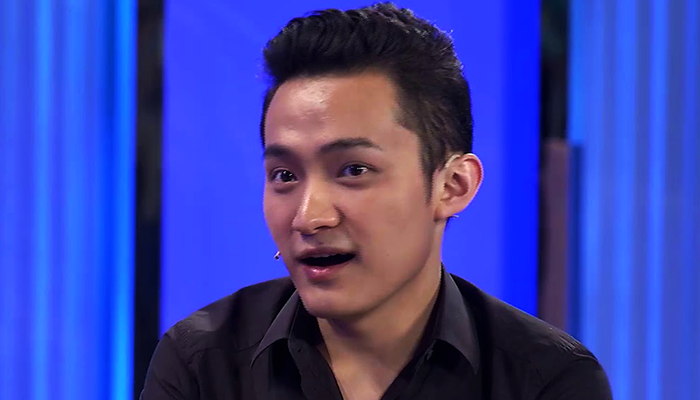 Justin Sun, CEO of the TRON Foundation and BitTorrent, spoke with Rachel Wolfson of “The Crypto Chick” on April 6 in an interview about the launch of the USDT-TRON token on the TRON (TRX) network.
In the interview, Justin Sun announces that the USDT-TRON will launch stablecoin on April 9. He indicates that there is already a lot of interest in the stablecoin from institutional investors:

In addition, the CEO explains that USDT runs on the bitcoin Omni blockchain (BTC), but that it is outdated, expensive and slow. He indicates that TRON is much more reliable, faster and more cost-efficient, making it ideal for the stablecoin:

Most of the stablecoin congestion and poor experience comes from the Omni-blockchain because this is an outdated solution with an extremely expensive, slow and also unreliable infrastructure. So as soon as we get to this better infrastructure, I think the whole blockchain community will benefit from it.

Justin Sun says that the next goal for the stablecoin is to make international payments possible. Sun wants to compete in this way with payment platforms Stripe and Square. He indicates that he will shortly make an announcement about this.
During the interview, Justin Sun was also asked about the rivalry between him and Vitalik Buterin, the CEO of Ethereum. The two have regularly lashed out at each other on Twitter, but Justin Sun says he welcomes the competition. He thinks that the competition between the two can only lead to better products and he even sees a great chance that the two will work together in the future.

USDT is not without controversy. Tether, the company behind the stablecoin, had suddenly changed the text on the company’s website last month. USDT is said to be 1: 1 linked to the US dollar, but there have been doubts about that for some time. Now the website says that the stablecoin is also supported with “other assets”.

The collaboration between TRON and Tether was announced a month ago. Shortly thereafter, Justin Sun announced that he would be giving away $ 20 million in the form of an airdrop. Participants could also have a chance to win a Tesla Model 3.
The news about the USDT-TRON token immediately had a positive effect on TRX on 7 April. The price of TRX has risen by 8% this morning to around $ 0.029.

PayPal to Allow Users to Pay With Cryptocurrency Soon