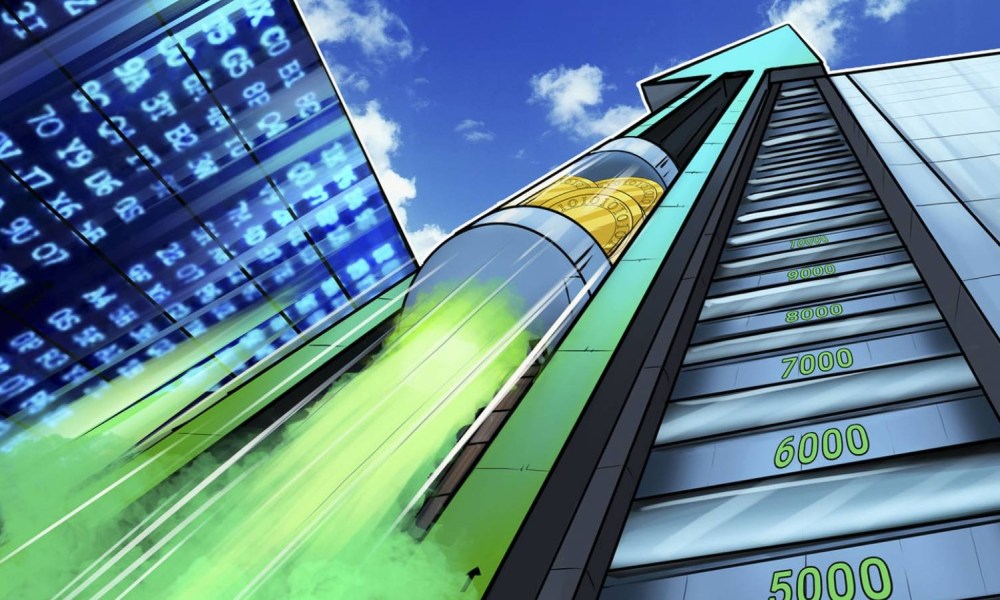 
Russia is not planning to buy $10 billion in bitcoin this quarter, according to an official with the Russian State Duma. Elina Sidorenko, chair of the Duma’s cryptocurrency group, says the rumors are nonsense.

“This statement has no common sense,” Sidorenko told ForkLog. “The Russian Federation — like any other country in the world — is simply not ready to combine its traditional financial system with cryptocurrencies.”

And to say that this idea can be implemented in Russia for at least the next 30 years is unlikely.

Sidorenko was reacting to reports claiming Russia was planning to invest $10 billion in bitcoin to mitigate the economic impact of US sanctions.

CCN’s Paul Madore was the first to shoot down the frothy gossip, noting that the source was a tweet by Vladislav Ginko.

Fake News: Why Russia is Probably Not Planning a $10 Billion Bitcoin Buy https://t.co/baMfGSpQ3d

On Twitter, Ginko claimed that the Kremlin has no choice but to invest billions in bitcoin. He insisted that this was the only way to offset the harsh economic sanctions posed on Russia by US President Donald Trump.

The damage from US sanctions can be mitigated only through the use of bitcoin. The Russian elite is forced to dump US assets and dollars and invest huge amounts of money in bitcoin.

Ginko’s cavalier remarks went viral after the Telegraph wrote a story about it. Shortly afterward, a number of crypto news websites repeated the unsubstantiated gossip.

For media. To whom it may concern. Because of many media requests I’m ready for written interview or Skype-interview only for paid base. Please value my personal time. Thanks. For more information, send e-mail [email protected] Moscow, Russia, Russian economist Vladislav Ginko.

As it is, Vladislav Ginko has a history of tweeting odd comments. In the one below, he claims that sham investment adviser Bernie Madoff is the “true Satoshi Nakamoto.”

In 2009, Madoff was sentenced to 150 years in jail after pleading guilty to defrauding $64.8 billion from his clients.

I promise to fight for the freedom of Bernard Madoff, the true Satoshi Nakamoto. @realDonaldTrump be courageous, ask for the retrial of Bernie, he’s innocent, he was silenced and threatened since he was too much aware of murky financial deals of Obama & Biden.

‘We Simply Can’t Do This Now’

The Duma’s Elina Sidorenko trashed Ginko’s remarks as absurd. Notably, she cited the lack of formal crypto regulations in Russia.

Such a model under the current criminal, financial and civil legislation does not fit. All over the world, cryptocurrency is considered a high-risk asset. And a similar model, naturally, would not suit anyone.

Sidorenko says the idea of an international cryptocurrency that could be used as a unified payment system sounds promising. But, she says Russia has not made much progress with this.

A similar idea is already being considered within the framework of the EAEU [Eurasian Economic Union]. However, the BRICS [Brazil, Russia, India, China and South Africa] countries have moved closer to it.

If a cryptocurrency unit had been invented that allowed making payments only for energy, the Russian Federation could have made long-term advancements in the economy.

In May 2018, the five member nations of the EAEU met to discuss how they could leverage cryptocurrencies and blockchain to bolster their economies.

The Eurasian Economic Union is a post-Soviet economic bloc made up of Armenia, Belarus, Kazakhstan, Kyrgyzstan, and Russia. It’s Vladimir Putin’s answer to the 28-member European Union, except it’s smaller and less wealthy.

Tota Kaliaskarova, the director of macroeconomic policy with the EAEU, said the emerging crypto market could have a dramatic impact on the Eurasian economy.

“This is a new phenomenon,” Kaliaskarova said. “Financial technologies are developing very quickly, and our task is to keep up with these processes. The emergence and use of cryptocurrencies will affect monetary conditions in our countries and the macroeconomic stability of the entire EAES.”

Ethereum Postponed its Hard Fork, But Some Miners Didn’t Listen