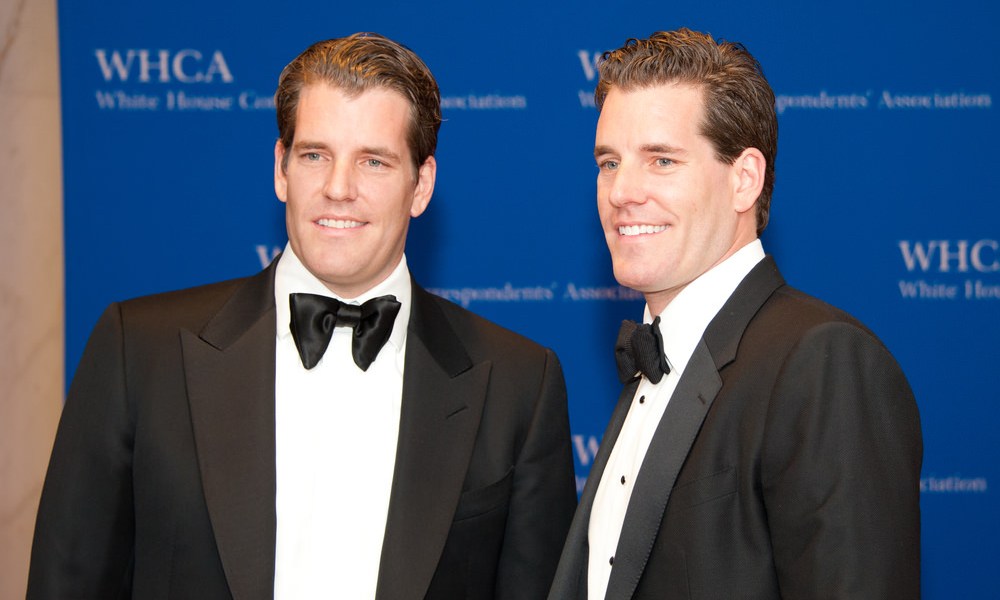 Winklevoss Twins Answer The Tough Question: We Are Comfortable About Not Being Able To Please Everyone


After spending four days above $4,000, Bitcoin has finally given way. And it has been quite a drop, with the currency losing $250 in the space of thirty minutes. The drop sees it trading at $3816 at press time, having dropped from $4,016. Bitcoin had witnessed yet another 30-minute rally on January 6, gaining over $200 in just thirty minutes to hit $4,080. It was the first time Bitcoin had hit the $4,000 level since Christmas and many viewed it as the first step in a possible 2019 rally.

Meanwhile, Russia intends to buy bitcoins to the tune of billions of dollars to mitigate the effects of U.S sanction in February. This is according to a report by Australian crypto site Micky.com which claimed to have had an exclusive interview with a lecturer at a leading Russian economics institution. This could trigger a massive bull run, with the Russian Central Bank sitting on over $450 billion in reserves.

The unpredictable nature of the crypto market became evident once again after a flash crash hit the market earlier today. This crash was quite unexpected, given most cryptos have been having a good run since the year turned. The crash spared no one, with stablecoins being the only cryptos in the top 50 that have not experienced a dip.

Bitcoin Cash was the worst hit, with the currency losing 15 percent in the past 24 hours. BCH lost $35 in a few hours, dropping from $161 to $135. At press time, the currency was trading at $140. BCH consequently lost $500 million, putting it within $70 million of fifth-placed EOS. EOS lost 9 percent and the race for the fourth spot might end up being decided by which currency can bounce back the fastest.

Despite Bitcoin’s price dip, technical gauges indicate an impending price rally. In the past few days, the upper and lower bands of the GTI Vera Bands Indicator have narrowed progressively. This indicates that Bitcoin could be on the verge of a breakout. The indicator also shows that Bitcoin is on its longest buying streak since mid-September, a further indication of a possible bull run.

However, as exciting as this may sound, it’s best to remain cautions according to Travis Kling. Kling is the founder of Ikigai, a crypto hedge fund, having served as a portfolio manager for billionaire Steve Cohen’s Point72 hedge fund.

It’s unlikely that the bottom is in for Bitcoin. I am certainly willing to change my mind, but the preponderance of evidence leads us to believe that we’ll see more lows before we head higher.

Could Russia Trigger The Next Bull Run?

China, Japan, South Korea and the U.S. These are the nations that have had huge impacts on Bitcoin’s price movement in the past. However, it looks like the next bull run could be triggered by an unlikely entrant: Russia.

The U.S and Russia have rarely seen eye to eye, and sanctions have been a natural result. This time, it might be a little different according to Vladislav Ginko. Ginko is a lecturer at the Russian Presidential Academy of National Economy and Public Administration. As reported by Micky.com, Ginko believes that Russia will turn to Bitcoin.

US sanctions may be mitigated only through Bitcoin use. Because of US sanctions, Russia’s elite is forced to dump US assets and US dollars and invest hugely into Bitcoins. Central bank of Russia sits on $466 billion of reserves and has to diversify in case there is limited opportunities to do it (in the future)

Waves Price Analysis: Wave Coin is Unable to Get Itself Out of the Clutches of the Bears