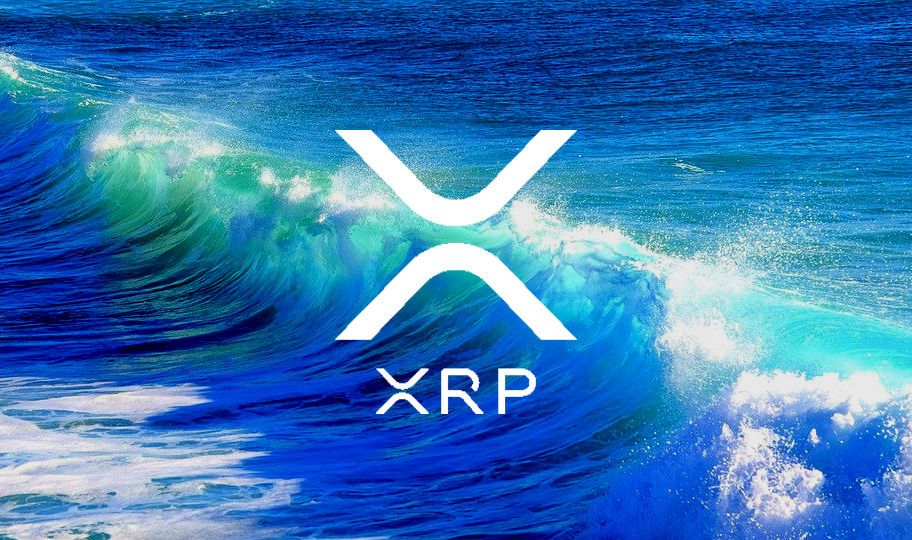 
XRP and Ripple, together have created quite a buzz in the financial system, especially in the remittance industry with their blockchain solutions.

XRP has faced all the major cryptocurrencies and triumphed to become the second-largest cryptocurrency by market cap in the space. The only other thing that’s left for XRP to do is, overthrow the reigning champion i.e., Bitcoin [BTC], which obviously had the first-mover advantage and peoples’ sentiment.

Bitcoin was the first cryptocurrency that was created and it uses PoW algorithm, which is how the transactions are verified and solves the problem of “double spending”. PoW algorithm consists of miners, who validate the transactions by putting in their resources and, hence, they are rewarded for the same. This process, which seemed good enough, will be relatively rejected by the miners as the reward for mining decreases after mining every 210,000 blocks.

Eventually, the miners will be left with no option, but to quit. Moreover, the PoW algorithm uses massive resources, which extracts a heavy toll on the world we live in. Furthermore, miners that are spread out across the globe is what makes the Bitcoin network decentralized, but it is also what makes it less decentralized and susceptible to attacks.

Since Bitcoin gained a lot of notoriety as its prices sky-rocketed, mining Bitcoins suddenly gained attention, causing a lot of miners to pool their resources to mine the coin, resulting in large pools with huge resources. If some of these pools ever decide to collude, they could easily perform an attack on the Bitcoin’s network, create a second chain, double spend, stop/reverse transactions etc.

Ethereum Classic, a PoW-based cryptocurrency, recently faced a brutal 51% attack, resulting in a loss of $2.1 million worth of assets. The attacker had enough hash-rate to disrupt the original chain and double spend assets.

Unlike Bitcoin [BTC] and Ethereum [ETH], XRP uses Distributed Agreement Protocol aka Consensus Protocol. XRP solves the problem of double spending in a more efficient way in comparison to PoW cryptocurrencies. It uses a distributed agreement protocol that relies on validators to group transactions into ordered units and agreeing on one such order.

In addition, XRP Ledger requires a total of 80% of all the validators on the entire network to support and vote for a change over a period of two weeks before it goes into effect. The two-week timeframe provides an incentive for the users to upgrade their software to accommodate the change. If the change is not agreed upon by the 80% of the users, then it won’t go into effect.

Furthermore, Schwartz said that if more than 20% of the nodes disagree with the majority, the network would halt and reconfigure a new list that has a majority of the nodes in agreement. This would create more than one ledger and the ledger that has the supermajority would be selected as the final ledger.

Moreover, if the validators become selfish and collude to disrupt the normal flow of transactions, then the users would have to agree on a new list that would provide enough overlap so that they can continue to interoperate.

David Schwartz, the CTO of Ripple commented on this matter [about attacking XRP Ledger] in a tweet, he said:

“This has never been a problem for any blockchain in the past, and it’s required by every blockchain when previous agreements fail to be sufficient. Decentralized systems fundamentally allow interoperation only among people who continue to agree on a large number of things.”

“Surprisingly, the lack of incentives in the XRPL design actually makes this much easier. All honest participants want the network to work well and have perfectly aligned interests. There’s no power over anything to give out, no rewards to argue over splitting, or the like.”

Hence, when compared to other PoW cryptocurrencies, XRP is better at resisting attacks by collusion or bad actors, as it does not provide any opportunities for a person to develop control over the ledger due to its consensus protocol. In addition, XRP Ledger uses a deterministic protocol making the validation of transactions impossible to edit.

Cryptocurrencies, even Bitcoin, were created as an alternate form payment from the centralized and controlling authorities, and for it succeed it should have higher transaction speed with negligible fees. XRP checks all these boxes, whereas Bitcoin and Ethereum, on the other hand, struggle with these features as they struggle in terms of scalability.

Hodor, a contributor to the XRP community said it best in a blog:“While Bitcoin maximalists will point to overlay software such as Lightning, there have been numerous intractable problems with using secondary software to interact with POW networks. Using a secondary network to scale doesn’t solve the problem of using a completely inadequate base-layer technology. “

Bitcoin’s transaction cost aka fees skyrocketed when the coin reached its all-time high in December 2017. The average transaction fee for Bitcoin reached a maximum of $55.

Moreover, XRP makes it easier to settle cross-border payments in a matter of seconds and also provides solutions to various remittance problems with Ripple’s blockchain solutions like xRapid, xVia, and xCurrent. With more than 200+ partnerships in over 40+ countries, Ripple and XRP are on a journey to become the world standard in payment and financial industry.

All the above-mentioned facts converge leads to a single conclusion, which is, XRP is getting more decentralized while other PoW cryptocurrencies are trying to catch up with XRP. It is only a matter of time that XRP becomes a widely accepted form of payment, overtaking Bitcoin even with its first-mover advantage.