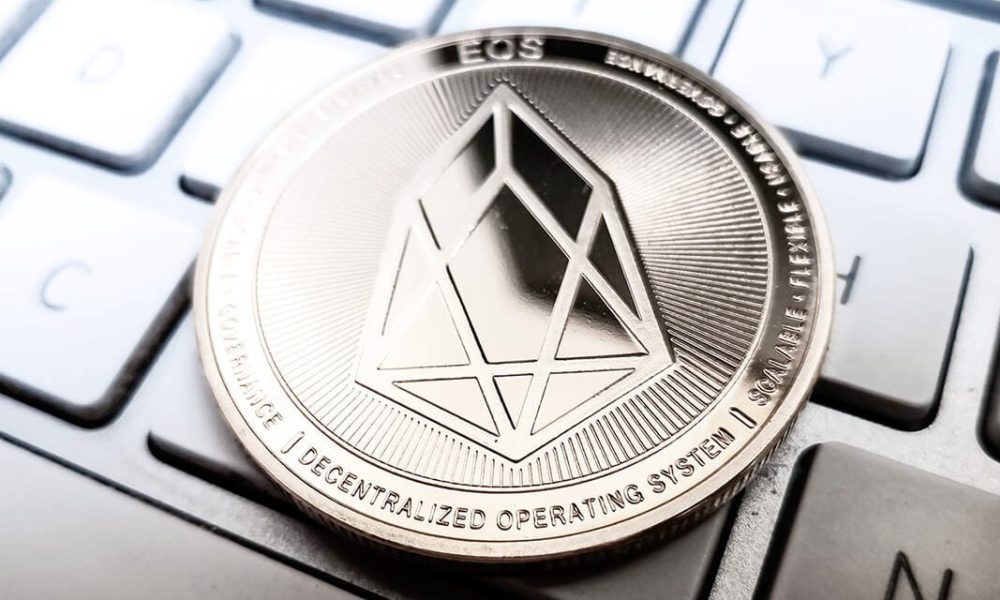 Just one weekend after it passed $3,600, $3,700, and $3,800 in rapid succession, Bitcoin (BTC) surged again. For the first time in a number of weeks, BTC surpassed $4,000 on Saturday, in a move that seemingly came straight out of left field. Much like the rally that was seen a week prior, this move to the upside saw non-Bitcoin digital assets post notable gains — gains that even outshined the flagship cryptocurrency. EOS, for instance, has found itself up by 6%, pushing the $4.10 price point.

Other cryptocurrencies have also posted notable gains, but EOS has had the strongest daily performance out of the top five assets, per Live Coin Watch data. While this move has been welcomed by holders of the popular digital asset, what are the speculated catalysts behind this move?

Firstly, much like other cryptocurrencies, EOS ran partially due to Bitcoin’s surge, as this space has been playing ‘follow the leader’ as of late.

In terms of EOS specifically, there have been a few developments pinned to the recent action. The first is Effect.AI’s sudden migration from NEO to EOS. The upstart, centered around the creation of a decentralized and democratic artificial intelligence network, explained that EOS suits its needs much better than NEO can, specifically in regards to its scalability, coding language, technological developments, security, and broader ecosystem/community.

The second could be a comment from Brendan Blumer, the chief executive of EOS’s parent company, Block.one. Issuing a comment on Telegram, Blumer purportedly did his best to reassure investors in the project, remarking that he doesn’t intend sacrifice his brainchild’s credibility and security to push out a product faster, adding that “great things take time.”

EOS Isn’t All Fine And Dandy

While EOS is evidently performing well, posting larger gains than Bitcoin’s 3%, from a fundamental point of view, many are still skeptical of the project’s long-term viability and staying power. More specifically, news recently arose that the project’s blockchain surpassed 4TB in size, which is on an order of magnitude larger than Bitcoin’s.

Armin Van Bitcoin also had some choice words for the project. Staying true to his love for BTC, Armin remarked that the project raised $4 billion to “create a centralized network where ordinary users can’t even run their own node,” evidently referring to the lack of pruning and the blockchain’s pure size.

Jameson Lopp, the chief technology officer of CasaNode, also had something to say about this imbroglio. Lopp, a long-standing industry insider, joked that EOS has “achieved the big blocker vision,” touching on the dichotomy between the BTC community and that of forks that promote higher transactional throughput.

So nodes have to buy a new $300 8TB hard drive every 16 months? Why is this a problem? Usenet was growing 1TB/day more than a decade ago…

Funny enough, however, Tim Sweeney of Fortnite creator Epic Games wasn’t too wary of EOS’s 4TB block size. In response to a critique of this facet of the blockchain, Sweeney asked: “what’s wrong with 4tb for a global transaction ledger?” The gaming guru, who has commented on Monero and blockchain technologies previously, explained that nodes need to spend a relatively small “$300 8TB hard drive every 16 months,” which isn’t much a problem in his eyes.

Bitcoin Trading: Here’s What You Need to Know Before Stepping Into the Game