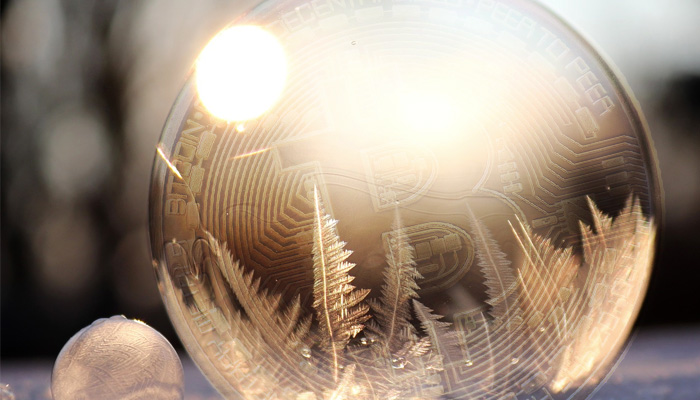 Bitcoin opponents (BTC) will often dismiss the largest cryptocurrency based on market capitalization as a bubble or bubble; understandable considering the past of bitcoin. However, now that the cryptocurrency is starting to increase in value again, that argument is being challenged.

As can be read in the Dikke van Dale, the definition of a bubble is “a situation in which certain prices or rates have become too high due to great optimism, so that collapse is imminent”. And that is exactly what happened at the end of 2017.

Because of the crypto-hype many people came into contact with bitcoin for the first time. They saw how some investors made a lot of money by buying crypto. Bitcoin touched the $ 20,000, after which the crypto market ended up in the current crypto winter. The prices of most cryptocurrencies sometimes decreased by 80%. In short, the bubble had burst.
Now bitcoin is slowly starting to rise again. And that is unusual. Ran Neuner, presenter at CNBC, wrote in a tweet:

I can no longer respect any publication that still calls bitcoin a bubble. Even though it was a bubble last year, I haven’t seen a bubble burst twice!

Neuner is not the only one who is positive about it. Joseph Young, writer and crypto expert, writes that bitcoin has been “broken” before:

As it looks now, the times of enormous volatility may be over. We will therefore see less and less of such price increases and crashes. It is possible that from now on the “mature” bitcoin will rise to greater heights in a more stable way.

Bitcoin News Today – Headlines for May 26