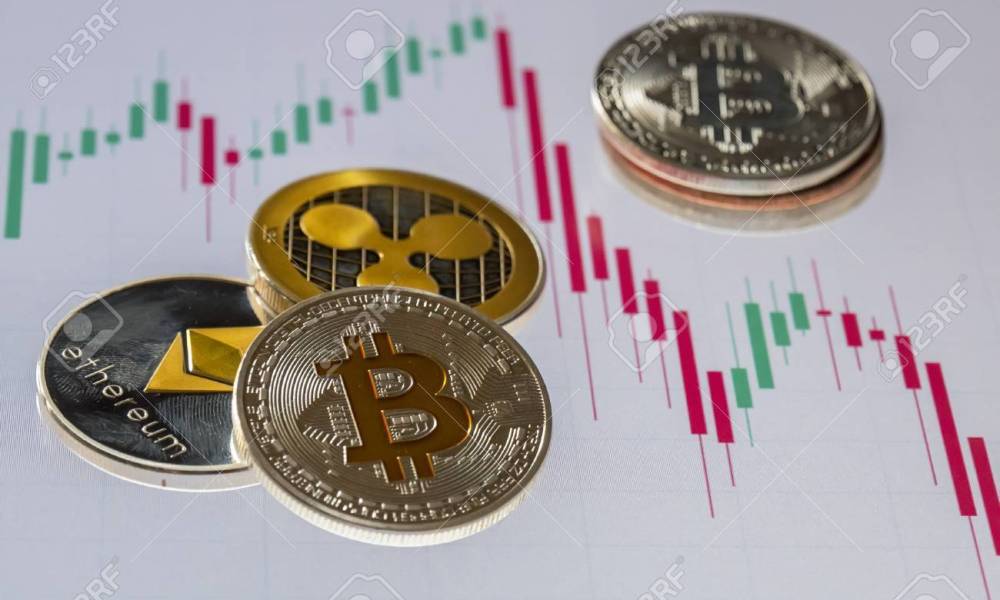 From yesterday’s high at $4065 the price of Bitcoin has fallen at first by 1.74% to $3982 at its lowest point yesterday from where the price started increasing again and is currently sitting at $4039.8.

Looking at the 15-min chart we can see that the price action has started creating an ascending channel which can be interpreted as consolidative range similar to what we have seen after the first significant increase was made on 8th of February.

According to my count, this is the 4th wave after the second increase has been made this week so another increase would be expected from here when this consolidation ends. In theory, the 4th wave could go down to retest the 1st wave’s ending point which would bring the price of Bitcoin down to $3783 before another increase to the upside is made, but considering the momentum behind the bullish move, I don’t believe that this 4th wave would be that deep.

Most likely we are to see further sideways movement inside the ascending channel before the price starts increasing again similar to what we have seen on Ethereum’s chart after the first impulsive move as the price action also created an ascending channel afterward.

For these reasons, the most optimal target for the 4th wave would be a retest of support on the bold black line which was the most significant resistance to the upside before another increase starts developing whos target I see fit at the horizontal support zone which now serves as resistance out of which its lower level is at around $4300 area.

Alternatively, we could have seen the end of the recovery wave Y of the Intermediate count if the previous Minor correction ended with a three-wave Z wave which you can see on the hourly chart below

In either way, after the Y wave ends I would be expecting more downside for the price of Bitcoin as this movement was correctional according to my count but would be reevaluated after the price starts pulling back.

On the 15-min chart, you can see that the price action created a symmetrical triangle from which the price broke out today but was again stopped out at the 0.786 Fibonacci level like it was on at the end of the 3rd wave of the impulsive move that started on 8th of February.

You can see that after the 1st wave ended an ascending channel was formed much like what we are currently seeing developing in the case of Bitcoin which could indicate further price increase for this cryptocurrency as the chart patterns indicate similar behavioral patterns.

Now that that the price of Ethereum has encountered the same resistance point and started getting rejected there (indicated by the price wicks from the upside on the current candles) we are most likely going to see the price fall down to the still unconfirmed descending channel.


The 4th wave could push the price significantly lower but I don’t believe that it will considering the momentum shown in the past period. Most likely we are to see a small pullback before another increase as the 5th wave should start shortly.

The most optimal price target for the expected increase would be at around $158 are but we could see the interaction with the 1 Fibonacci level, depending on the momentum, which is the ending point of the first impulsive increase that lasted until 2th of December last year.

Since the Intermediate X wave ended 24% than the start of the W wave (the mentioned first impulsive move) we could see the Y wave easily exceeding the W wave’s ending point which is at $156.

On the hourly chart, you can see that the 4th wave has interacted with the 1st wave’s ending point which could be expected in the case of Bitcoin and Ethereum as the price of Ripple broke out from the descending triangle on the downside.

The price has fallen below the 0.236 Fibonacci level but found strong support below (indicated by the big green candle) and has managed to come above it in an ascending manner.

As the 3rd wave ended this 4th wave retracement was expected but it might not have ended as I think that this minor ascending structure is its continuation and that one more minor low would develop potentially ending on the same level as before retesting it for support before the final 5th wave starts.

The target for the 5th wave would be at the 0.5 Fibonacci level on in price terms around $0.3695 but it could also end around the vicinity of the 3rd wave’s ending point at around $0.35 area.

After this increase has ended, more downside would be expected for the price of Ripple like as like in the case of other cryptos, according to my count, this upside movement was only correctional