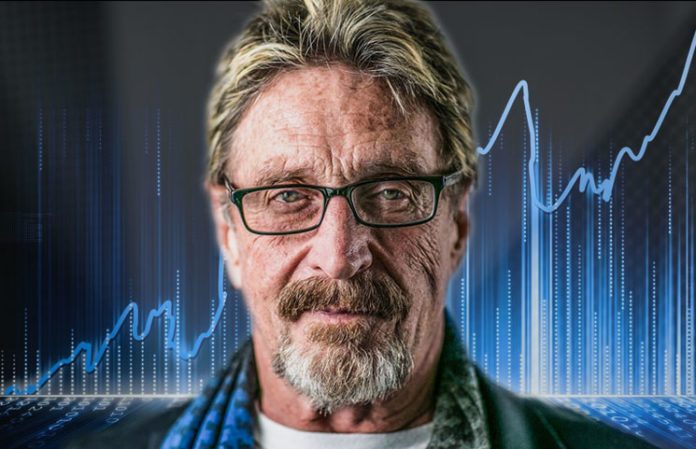 The renowned and controversial Bitcoin and crypto bull, John McAfee is reported to have fled the United States in order to conduct his 2020 presidential campaign. The move comes after McAfee claimed on January 22 that the tax authorities in the country have indicted him. He announced through a video statement that his plan at the moment is to run his bid for the presidential seat while on a boat somewhere in the international waters.

Cointelegraph reported today that, the renowned figure had found that a jury had already been put together by the Internal Revenue Service (IRS). McAfee admitted that he has not paid taxes for a period of eight years now. However, he was not aware of the nature of the case filed against him.

“The IRS has convened a grand jury in the state of Tennessee to charge myself, my wife […] and four of my campaign workers with unspecified IRS crimes of a felonious nature,” McAfee wrote on Twitter on Tuesday.

The video he sent, was taken while he was in a boat somewhere in the international waters where he is pitching a tent in order to conduct his presidential aspirations. He intends to utilize proxies to make the campaign a success. The controversial crypto bull has in the past made outrageous comments such as “I will eat my d**k on national television” in the event Bitcoin fails to hit $1 million come 2020.

Is Bitcoin a good investment?

Why do more and more online casinos offer Bitcoin as currency?