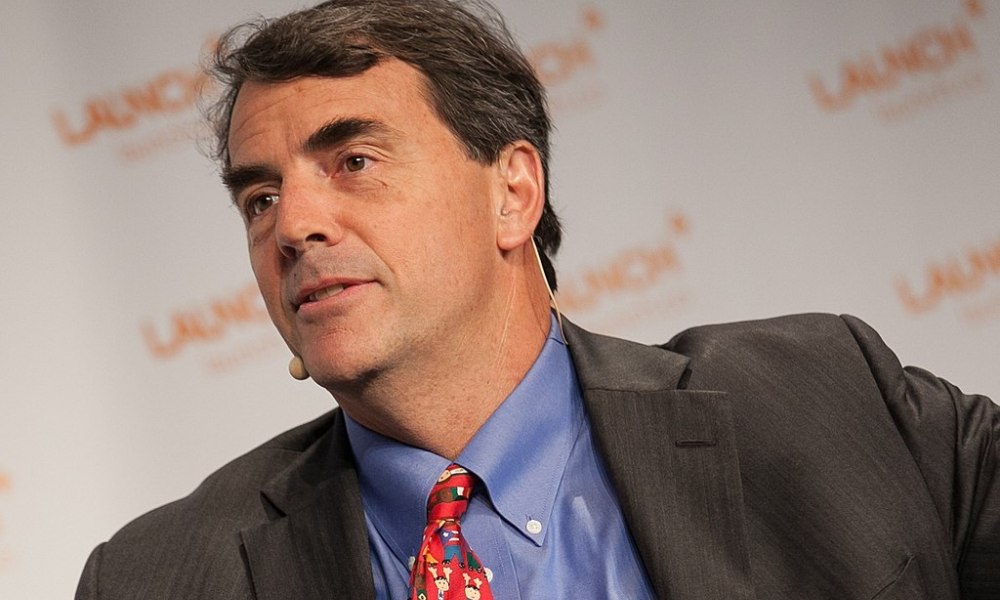 Bitcoin for a Starbucks Coffee? The World According to Tim Draper

Third-generation venture capitalist Tim Draper isn’t shy about predicting the future or thinking out of the box. In fact, he’s become accustomed to making headlines for his bold outlook on business and life.

Draper, 60, launched a serious campaign for dividing California into six states; he pitched Detroit automakers to start designing flying cars; and he genuinely believes bitcoin is the currency of the near future.

In a recent podcast interview on NBC Bay Area’s “Sand Hill Road,” Draper talked in length about bitcoin, along with his friendship with embattled Theranos CEO Elizabeth Holmes and what he considers his most important accomplishment.

“This is one of the greatest technological advances that humanity has ever seen,” Draper said of bitcoin as he donned a bitcoin tie and socks for the podcast interview. “And it can make a bigger change in society than any of us ever imagined.”

A few years ago, Draper predicted that a single bitcoin would surpass $10,000 in value by 2017. He was right, though it has since plummeted to around $4,000. Nonetheless, Draper continues to be bullish, predicting each bitcoin will be worth a quarter of a million dollars by 2022.

He also predicted that by 2022, people will routinely use bitcoin in everyday transactions, even to buy a coffee at Starbucks.

“I think when you go to Starbucks to buy a cup of coffee, and you try to pay with dollars, they will laugh at you because you are not using bitcoin or other cryptocurrency,” Draper said. “They’ll laugh at you – it will be like the old lady paying out with pennies.”

The question is if a single bitcoin will be worth $250,000, as Draper predicts, how will it be used so routinely as everyday currency?

Oftentimes quoted for the outrageous or intriguing things he says, Draper believes his most important accomplishment is “coming up with viral marketing” through Hotmail in 1996.

“Then it was used for Skype and for Gmail and for almost every communications product that has been spread throughout the world,” he said. “So, I’d say that would be one that maybe doesn’t always make headlines, but it is pretty awesome that now 60-70 percent of the population of Earth are now interconnected because we figured out a free way of spreading the word by having the customer become the sales force.”

Draper is personal friends with Elizabeth Holmes, the embattled founder of the now-defunct biotech company Theranos. He invested $1 million in the company. He said he hasn’t paid much attention to all the reports and evidence documenting Holmes’ trangressions and continues to defend her.

“I’ve seen an entrepreneur do extraordinary things, and when they’ve done these extraordinary things, and they are moderately successful, nobody seems to care,” Draper said. “But if they’re enormously successful, they get picked off. So you see the attacks on (Facebook CEO Mark) Zuckerberg, the attacks on (Amazon CEO Jeff) Bezos … the attacks on (Tesla CEO) Elon (Musk). I look, and I say those people are heroes. They took huge risks, they sacrificed huge parts of their lives; they made the world better for us.

“I think it’s really amazing what these entrepreneurs do, and by driving them away, we are discouraging future potential entrepreneurs from going after great things,” he continued. “I think the press is doing what they’re supposed to do, encouraging free speech and encouraging the news to spread, but … this attack and vicious rumor mill to try to take down Elizabeth Holmes has been a real setback for humanity.”

Listen to the entire interview in the latest episode of the Sand Hill Road podcast, titled “The World According to Tim Draper.”

Rtrade Launches Temporal: A Cloud Suite for Decentralized and Blockchain Based Applications

Ankr, powering the cloud for the next decades to come, soon to be listed on BitMax.io

First to Worst: Bitcoin Ridiculed as Most Disastrous Investment of 2018