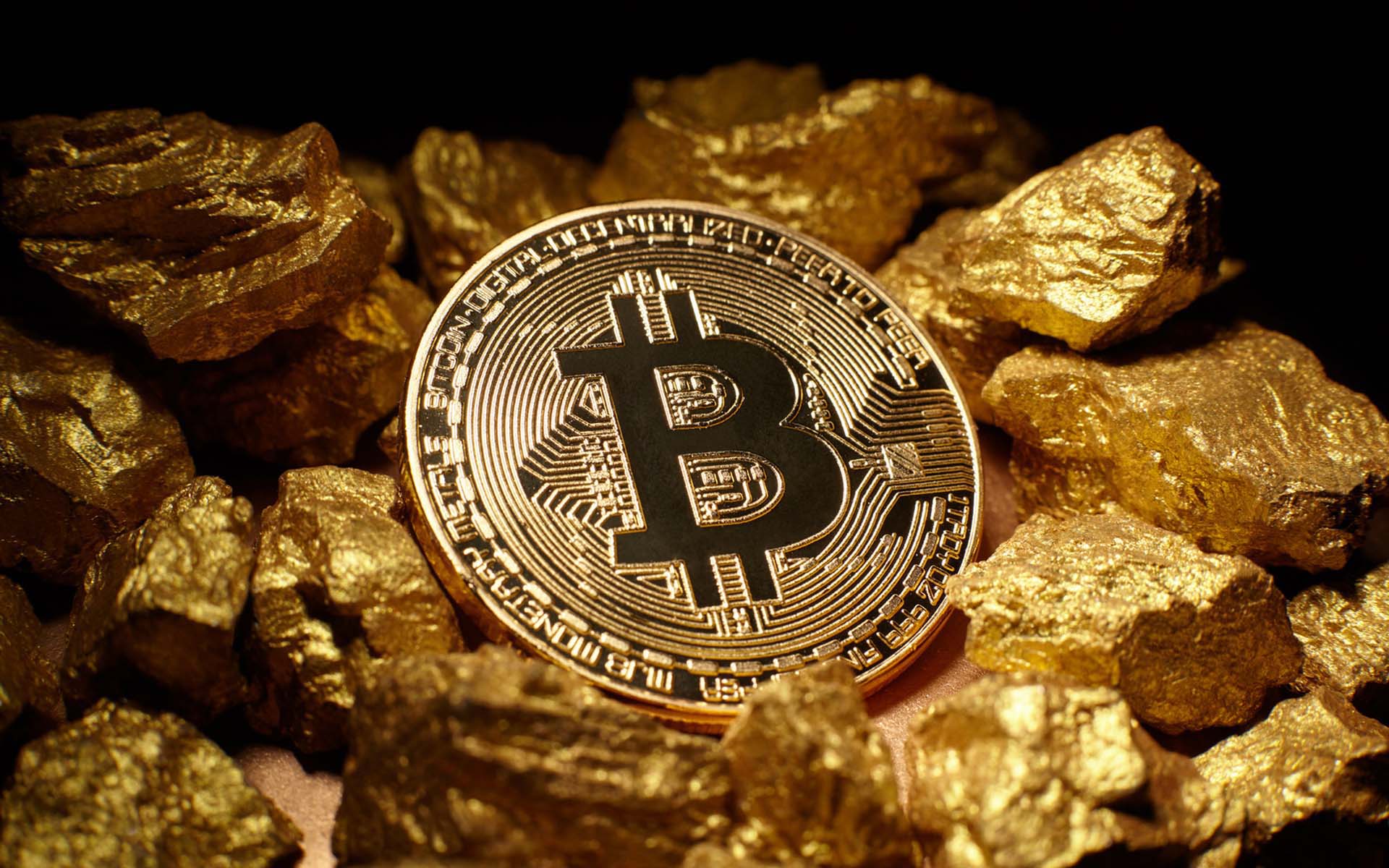 In yet another historic week, Bitcoin blew past the trillion dollar market cap milestone to hit highs of $58K on February 21st as institutional money pours into the market.

MicroStrategy is buying an additional $1 billion worth of Bitcoin, Motley Fool has scooped up $5 million, and even the world’s largest asset manager BlackRock has “started to dabble” in the cryptoasset. This buying frenzy is reflected on Twitter, where prominent Bitcoiners including Elon Musk and Senator Cynthia Lummis have powered up their profile images with laser eyes to celebrate surging prices.

Driven by the insatiable appetite of institutional buyers, Bitcoin is eating away at the safe haven appeal of gold.

While the leading cryptoasset rose to record highs this week, the price of gold fell to its lowest level since July. Both assets are considered hedges against inflation, yet the appeal of Bitcoin is luring traders away from the precious metal.

The latest convert is long-time gold bull Jeffrey Gundlach, founder of DoubleLine Capital, who tweeted on Thursday that Bitcoin may have replaced gold as “The Stimulus Asset.” He joins a long line of new Bitcoin admirers, including Allianz’s chief economic advisor Mohamed El-Erian, who told CNBC earlier this month that “gold is no longer seen as the only defensive vehicle.”

While Ethereum hit record highs above $2K this week, Binance Coin grabbed the spotlight. The exchange token has doubled in value, jumping to third place in market capitalization behind Bitcoin and Ethereum.

The token is benefitting from congestion on the Ethereum blockchain. This is creating high fees and driving traders to alternative projects on the Binance Chain – namely the decentralized finance (DeFi) project known as PancakeSwap.

Behind Binance Coin, other tokens powering blockchains designed to rival Ethereum are also rising in the ranks. Cardano has surged 20% to hit $1, and TRON is up 14%.

Bitcoin’s appeal as an inflation hedge is likely to remain supported by macroeconomic developments this week, as Biden’s $1.9 trillion stimulus package gets closer to being passed.

Meanwhile, institutions are likely to continue hitting the buy button. MicroStrategy CEO Michael Saylor said on Friday that the firm had successfully raised $1 billion for the purpose of adding more Bitcoin to its balance sheet, and a survey released by Gartner last week revealed that 5% of business executives are intending to buy the cryptoasset this year.

This content is sponsored and should be regarded as promotional material. Opinions and statements expressed herein are those of the author and do not reflect the opinions of The Daily Hodl. The Daily Hodl is not a subsidiary of or owned by any ICOs, blockchain startups or companies that advertise on our platform. Investors should do their due diligence before making any high-risk investments in any ICOs, blockchain startups or cryptocurrencies. Please be advised that your investments are at your own risk, and any losses you may incur are your responsibility.

JPMorgan May Get Into Bitcoin Based on Client Demand, Co-President Hints

Venezuela Expands Scope of its Remittance Platform With Bitcoin & Litecoin