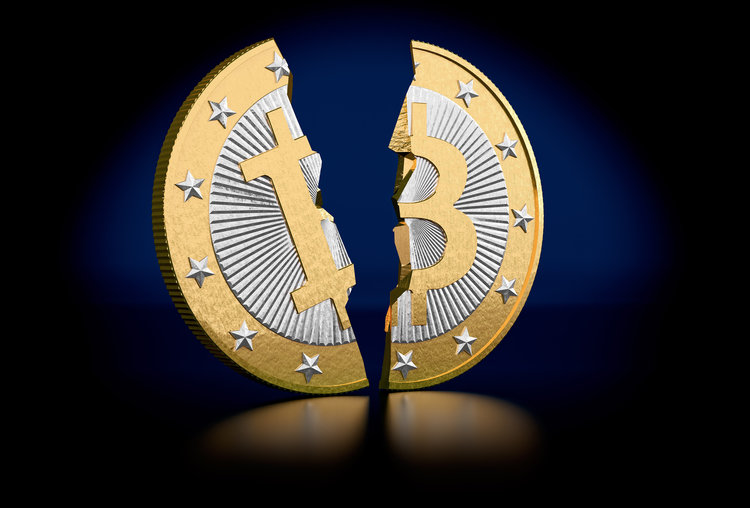 ‘Bitcoin goes to zero’ (but do not worry!)

The annual World Economic Forum is currently taking place in winter Davos. With all heated debates about Bitcoin from that. A BOE senior adviser said earlier this week that cryptocurrencies are worth nothing. Now BCG Digital Ventures Jeff Schumacher is also in the bag.

He claims that the price of Bitcoin will drop to zero. He is a reputed investor, a veteran in the financial market. During a CNBC panel he could count on open mouths and gaze of surprise when he announced his controversial opinion.

Schumacher claims that Bitcoin has no value and is worthless as a currency. That does not mean, however, that he will write off the complete movement. On the contrary: the investor is very interested in the possibilities that blockchain technology offers.

The rest of the panel consisted of Ripple’s Brad Garlinghouse, 500 Startups Partner Edith Yeung and Silver Lake Partners co-founder Glenn Hutchins. So no obscure names. Together they talked about the future of blockchain technology.

The future of blockchain

They all agreed on one thing: blockchain technology will form the basis for the future of applications and finance. According to Schumacher, however, Bitcoin is not the application that will make the difference:

“I believe Bitcoin will go to zero. I think it’s a great piece of technology, but I do not see it as a means of payment. It is not based on anything. ”

In the past few days we hear more and more predictions that the cryptocurrency will fall below 3000 dollars. A Bloomberg analyst even talks about a 1500 dollar bottom.

Ethereum is also regularly buried under criticism from analysts who expect a free fall towards zero. It is rare, however, that an investor deep in the crypto market speaks so damningly about Bitcoin.

The role of Bitcoin

Glenn Hutchins, co-founder of Silver Lake Partners, sees Bitcoin’s role in the future more as a way to store value than as a means of payment:

“I think Bitcoin’s role in the system can be to reduce value, to store value, while other cryptocurrencies are used for other purposes.”

Hutchins is not so concerned about the price of BTC, but about the developments of the underlying blockchain technology. The other panel members agreed:

“I am not as interested in Bitcoin as a currency or equivalent, or even in blockchain as a sort of general ledger. I think more about protocols and technology. ”

Yeung argued that the adoption will take place fastest in Asia, in the area of ​​transactions and payments. Garlinghouse expects large-scale adoption of blockchain technology in about five years, which Schumacher optimistic about three years.

That does not matter, however, as Hutchins hits the nail on the head: “In the end, the user does not care whether it is blockchain technology that they use – they just want a better product. What happens eventually is that you put something of value in it, and that something of value comes out on the other side. Then you do not care what the underlying technology is. ”

No, Bitcoin [BTC] Is “Not” The Most Volatile Asset- VanEck’s Gabor Gurbacs

MicroStrategy to Host its Second Bitcoin for Corporations Conference