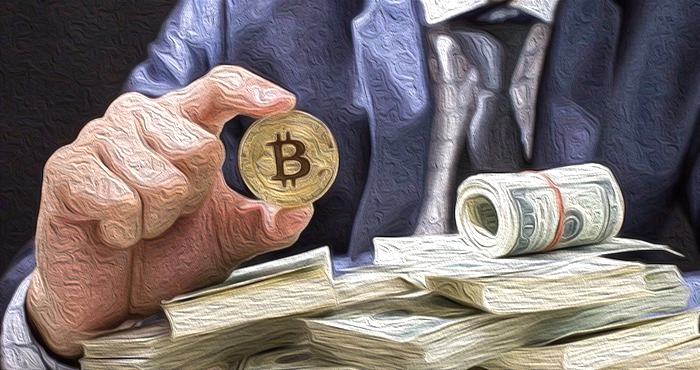 Bitcoin is not a new type of currency, but rather a new echange mechanism that can support different forms of money and other types of assets, according to economists at the New York office of the U.S. Federal Reserve.

Michael Lee and Antoine Martin wrote in the post on the official website of the Federal Reserve Bank of New York:

They classsified money as fiat, asset-backed and rights-backed.

Fiat money corresponds to intrinsically worthless objects that have value based on the belief that they will be accepted in exchange for valued goods and services. A typical example is currency.

However, the experts believe that the money issued by central banks hve legal status and thus cannot be considered fiat, while Bitcoin perfectly matches the definition just as Rai Stones. At the same time, the analysts admit that the cryptographic technology is an important feature od digital monetary instruments, which makes them stand out.

Meanwhile, at the time of writing, BTC/USD is changing hands at $9,300, mostly unchanged in the recent 24 hours. The coin has been sidelined for the best part of the week.