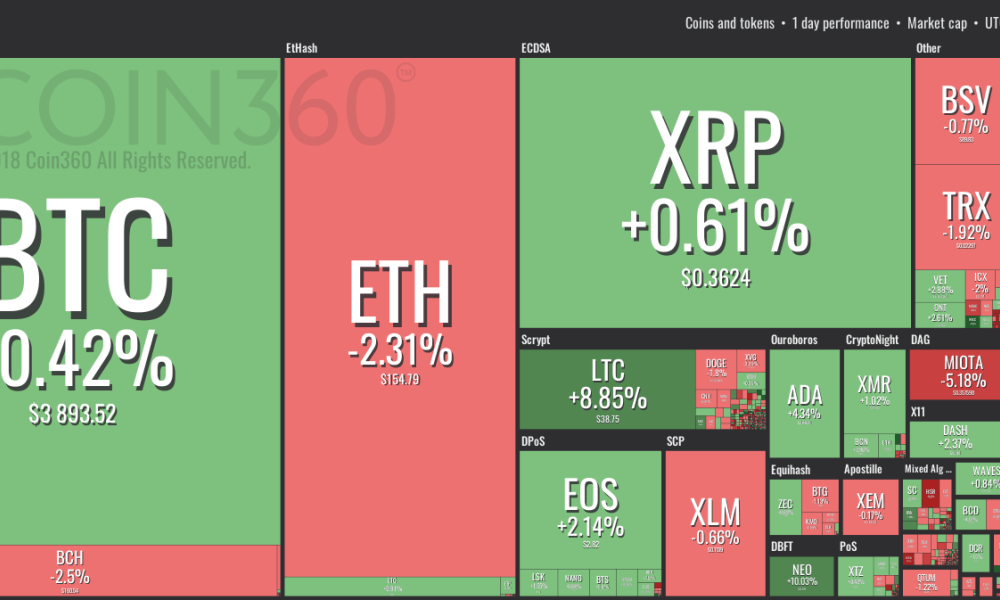 The cryptocurrency market is making an emphatic return today after days of low volatility, with the price of bitcoin briefly surpassing $3,700 alongside other major coins printing double-digit gains in the past day.

Litecoin (LTC), the world’s fourth-largest cryptocurrency by market cap, led the charge by surging just over 40 percent from its opening price of $33 to reach a 3-month high of $47.

The move was backed by $1.4 billion in trading volume, which is its most since Feb. 20, 2018, according to Coinmarketcap.

Soon after litecoin picked up the strong bid, other well-known cryptocurrencies followed suit.

In all, the capitalization of the broader cryptocurrency market has appreciated roughly 9 percent in the last 24 hours, jumping from $112 billion to $122 billion to clock its highest valuation since Jan. 20th.

As it stands, the market’s $122 billion valuation represents an 85 percent depreciation from its all-time high north of $820 billion set in January 2018.