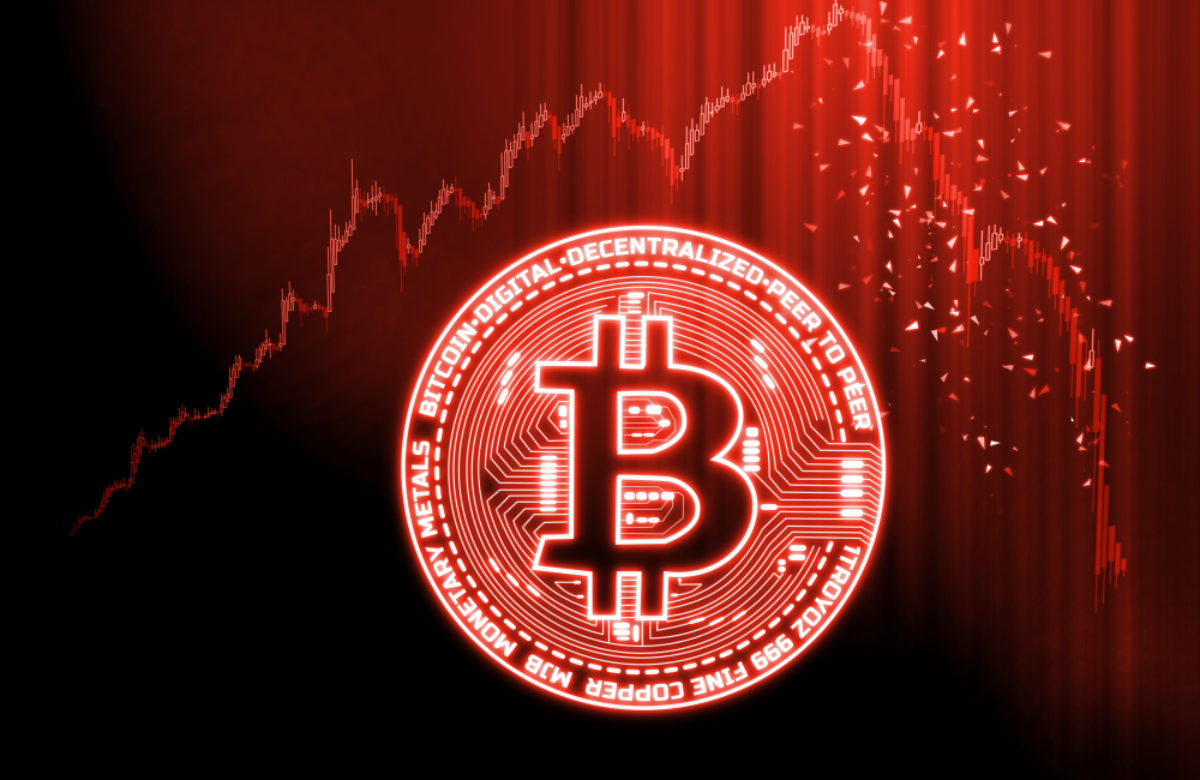 Bitcoin price crash: Possible reasons for the correction of over USD 1,000

The Bitcoin price reached its high of this year yesterday with a price of 19,450 USD and was thus close to the all-time high of over 20,000 USD. Within a few hours, however , Bitcoin showed a strong correction in which the price briefly fell to $ 17,200. At the time of writing, BTC was able to stabilize at USD 17,950. Market capitalization has fallen to $ 332.19 billion.

Many analysts have warned of a correction, including Bitcoin bull Brian Kelly and Trader Tone Vays. Vays forecast a correction up to $ 14,000 in a new podcast yesterday. Furthermore, some metrics also indicate a price decline, although this is likely to be rather mild. The “Crypto Fear and Greed Index” was at a record level throughout November and showed that investors are too “greedy”. 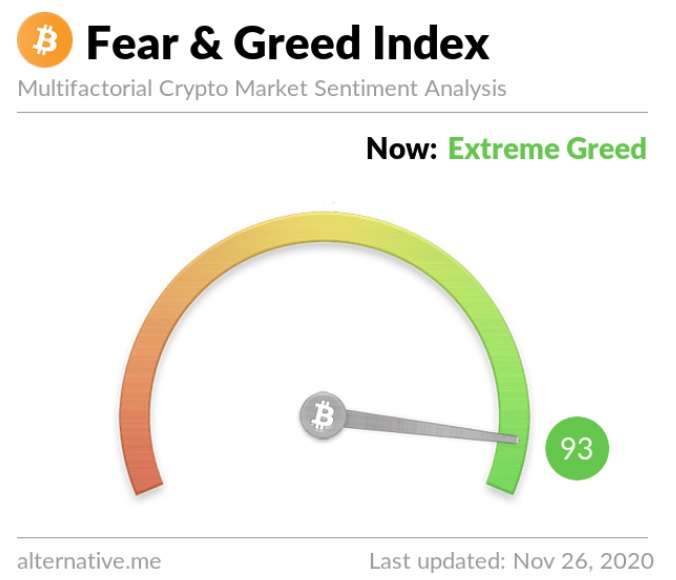 Furthermore, the correction was accompanied by an increase in large-volume BTC transactions on various exchanges, so that some whales probably wanted to take their profits shortly before the USD 20,000 mark and thus depressed the price. Ki Young Ju, founder of the on-chain analysis service CryptoQuant, stated on Twitter that more and more whales are sending BTC to exchanges, but the long-term on-chain indicators are still bullish:

“All Exchanges Inflow Mean” rose a few hours ago. It suggests that whales have deposited $ BTC on exchanges. But long-term on-chain indicators show that buying pressure prevails. I still believe we can break through 20,000 in a few days.

All Exchanges Inflow Mean increased a few hours ago.

It indicates that whales, relatively speaking, deposited $BTC to exchanges.

But long-term on-chain indicators say the buying pressure prevails. I still think we can break 20k in a few days.

The crash could also have been influenced by stricter regulation of self-hosted crypto wallets by US Treasury Secretary Steven Mnuchin. Coinbase CEO Brian Armstrong stated that if the new regulations announced yesterday come into effect, it could be a significant setback for Bitcoin and the crypto market:

If that crypto regulation comes out, it would be a terrible legacy and have long-lasting negative repercussions for the U.S. In the early days of the internet, there were people who wanted regulation like the phone companies. Thank god they didn’t do that.

The data analysis company Santiment describes that Bitcoin is still drawing bullish indicators, but there are some metrics that indicate a short-term correction. The Bitmex Fundig Rate is currently still positive, which means that there are more long positions on the derivatives exchange than there are short positions.

In the past, however, there have been strong corrections in situations in which all long positions were liquidated through a sell-off. Santiment states that BTC can continue to grow, but traders should be vigilant:

There is likely still some headroom for BTC to grow further, but it’s worth keeping an eye on the sudden surge in the positive funding rate (if it occurs) as a warning sign of a possible spike.

In addition, activity on social networks has risen to a local high, which also suggests an overheated market. As soon as the majority of investors get nervous, the climax could be reached and a corresponding correction may follow:

… a sudden shift in crowd to longs and a surge in social volume will likely be the top when the crowd gets excited.

Despite some indicators pointing to a correction, it remains to be seen whether Bitcoin will continue to fall or continue the upward trend of recent weeks, Santiment said.

These 3 Signs Indicate Bitcoin Could Drop After 20% Explosion to $11.5k