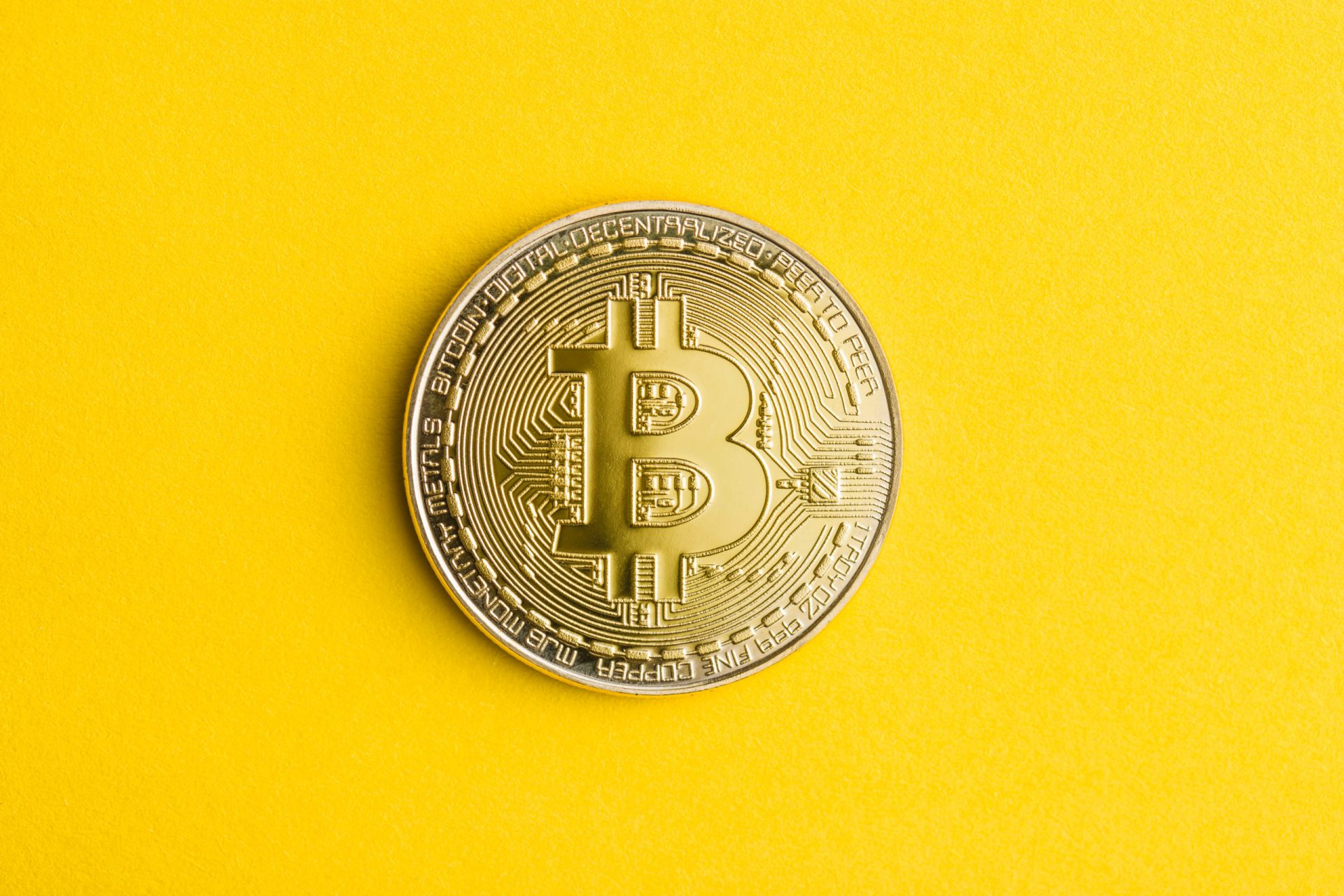 Bitcoin survived last week’s halving, but it’s only a matter of time before BTC miners flee, say “death spiralists.” Are they right?

Bitcoin (BTC) halvings are a little spooky, sort of like the witching hour, and one of the prophecies being murmured about last week was something about a Bitcoin network death spiral. This idea, which isn’t really new, premises a mass exodus of BTC miners whose work creating new parts of the blockchain no longer pays because of a reduction in their rewards.

As put forth most recently by Zach Resnick, a managing partner at venture capital firm Unbounded Capital and a prominent supporter of Bitcoin SV (BSV), and summarized by Cointelegraph:

As the halving cuts the block reward, a large number of miners will leave the network. As the network hash rate drops, the block time increases, the network becomes congested. This, in turn, makes Bitcoin less attractive, as participants do not want to wait forever to have their transactions processed. This leads to the Bitcoin price falling, which pushes more miners off the grid. This process repeats itself until the network dies.

The May 11–12 halving reduced miners’ block reward from 12.5 BTC to 6.25 BTC and came and went without any calamity, of course. But some of Resnick’s predicted market behavior — falling hash rates, peaking transaction fees, lengthening block time and a congested mempool — were still evident a week after the event. Maybe there was something to the “death spiral” hypothesis?

Moreover, this has happened “at significant scale” before, on Black Thursday, March 12, 2020, for instance, when BTC’s price fell dramatically, which was fueled by coronavirus fears. Miners are paid in Bitcoin; therefore, when the BTC market price drops 50%, so does their block reward. “Another great example is November 2018” — when Bitcoin fell below $4,000, after losing almost one-third of its value in a week. No death spirals resulted in either case.

Are miners feeling the pain?

Resnick isn’t the first to predict a death spiral. Santa Clara University Finance Professor Atulya Sarin wrote about it in December 2018 shortly after BTC’s November sharp tumble. Miners’ work in recording and confirming new operations in the distributed public database — which is the blockchain — is crucial. Sarin explained: “Bitcoin is, after all, a set of encrypted numbers that cannot establish the ownership of anything — Bitcoin will become worthless.”

“The miners are a critical piece of the Bitcoin puzzle,” Sarin told Cointelegraph this week. “And halving the hash rate has driven many of them out of business — the revenue that they generate by mining Bitcoins and the transaction fees is lower than the cost of operations for them.”

This argument hasn’t gone unchallenged, however. Gerald Dwyer, a professor at Clemson University and BB&T scholar, maintained that it doesn’t give proper credit to Bitcoin’s transaction fees — the second reward for miners in addition to the block reward. Asked about this fee supplement, Sarin told Cointelegraph:

That is, BTC users might flee the network if fees get too high. And, as a matter of fact, the average BTC transaction fee rose from $2.52 to $6.65 from May 11 to May 21, though Mati Greenspan of Quantum Economics, for one, downplayed the significance of this in his May 18 newsletter:

Who thinks that a fee of $3.75 is a valid reason to jump ship or switch to another standard for digital money, it’s something that most people transferring Bitcoin aren’t even going to think twice about. There are at least three dozen cryptos that are cheaper and faster, but none of them have the security, digital scarcity, immutability or liquidity that BTC does.

Bendiksen also took issue with the idea that transaction fees are a net negative for the Bitcoin network. “They are not,” he told Cointelegraph, adding:

In fact, increased fees increase the mining reward, which increases the hash rate, directly counteracting the ‘death spiral.’ Over the past week [ending on May 20], fees have contributed an additional 1.22 BTC to the block reward on average, making it almost 7.5 BTC instead of 6.25 BTC. Fees are entirely necessary to secure the blockchain, as subsequent halvings grind the coinbase towards zero. The fact that fees are already 15% of the block reward is extremely encouraging.

Another weakness in the death spiralists’ stance, in Bendiksen’s view, is they often “seem unaware of the difficulty adjustment algorithm” that occurs roughly every two weeks. As he wrote in a recent Coinshares research report: “The difficulty adjustment ensures that no amount of added hashrate could make bitcoins be produced any faster than prescribed. The opposite is also true.”

An important net effect of Bitcoin’s biweekly difficulty adjustment, he added, “is that the cost of mining always tends towards the market price of Bitcoin.” This makes it less likely that miners will abandon BTC mining en masse due to the death spiral scenario. Resnick, for his part, told Cointelegraph that he wasn’t saying a death spiral was likely, explaining:

My view up to the halving was that a large price drop or a death spiral were both unlikely to occur but that the price of BTC and especially BTC options did not properly price these meaningful risks to the network. Given that the hash rate has not seen a meaningful drop, that risk still exists.

Surviving the week after the halving

The fact that the Bitcoin mining network survived the week is a good sign, according to Resnick, who elaborated for Cointelegraph: “The most likely point for a coordinated drop in hash rate was immediately following the halving. Because that didn’t occur, the chance of a death spiral directly related to the halving is much lower.”

A bullet dodged, then? Nothing so dire, according to Bendiksen. The network was designed to handle these exact situations. A death spiral is a theoretical possibility that, at best, “do not actually happen in real life,” as he wrote in his March research report. Resnick countered by saying: “Time will tell. Like all bubbles, they typically pop violently and quickly.”

Kevin Dowd, a professor of finance and economics at Durham University in the United Kingdom and a BTC bear, when asked for his own assessment of a Sarin-version death spiral within the next five years, told Cointelegraph:

One scenario would be where mining becomes increasingly difficult due to BTC halving, so driving up transactions fees to keep mining profitable and thereby undermining BTC’s attractiveness as a means of payment, leading eventually to a loss of confidence in the system. Another would be where people drift across to superior competitors, with the same eventual outcome — i.e., loss of confidence in the system and collapse.

Dowd’s own view is that a fundamental flaw exists in the Bitcoin mining model — namely, it is a natural monopoly. Whether through monopoly or miners rushing for the exits, “the collapse itself will happen because the system is inherently fragile.” Resnick added on the matter: “Whether that death is specifically from a death spiral as I’ve described or simply the product of dramatically lowered price and relevance,” the probability of a collapse in the next five years “is quite high — well over 50%.” SCU’s Sarin added: “The death spiral is not a question of if, but when.”

Clemson’s Dwyer, for his part, rejected both Sarin’s and Dowd’s arguments. “There is no reason to think that cryptocurrencies will disappear.” Bendiksen, however, added that the death spiral is just “not a very well-thought-out hypothesis, and it keeps getting rejected by actual observations.” This was the third halving, after all, “and we’ve had a whole host of price drops that were 50% or larger.” But there are still no hints — let alone sightings — of a network death spiral. Asked about the probability of a Bitcoin network death spiral occurring within the next five years, Bendiksen answered: “Zero,” adding:

I do not believe the hash rate will ever spiral to zero because of some vicious cycle supposedly inherent to the design of Bitcoin. It could only go to zero if every single current and prospective miner on the planet were firmly convinced that the long-term value of Bitcoin was zero.

So, Bitcoin’s ingenious rewards mechanism survived last week’s halving event, but it’s only a matter of time before BTC miners flee en masse for the exit, say death spiralists. To be taken seriously, though, the death spiralists still need to produce some observational evidence to support the theory of the weakness in Bitcoin’s network.

One of the Richest Bitcoin Investors Alive Just Transferred $175,100,000 in BTC As Ethereum and XRP Whales Move Millions in Crypto