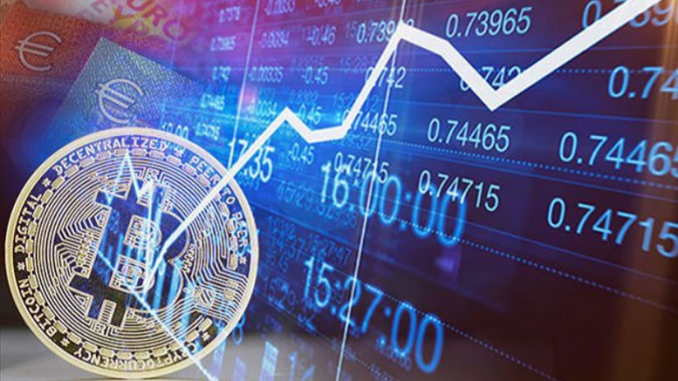 
Bitcoin’s (BTC) recent pullback from highs above $4,200 could trap the bears on the wrong side of the market, the price-volume analysis indicates.

Notably, daily trading volumes across all cryptocurrency exchanges have also dropped in the last few days. At press time, 24-hour trading volume stands at $4.57 billion – down 36 percent from the Dec. 24 high of at $7.24 billion.

A low-volume price pullback is widely considered a sign of weak buyers exiting the market and hence is considered insignificant. The recent drop, therefore, is likely a temporary correction and the bearish-to-bullish trend change signaled bythe 3-day chart on Dec. 20 is still valid.

The bullish case, however, would weaken if the cryptocurrency dips below the key support near $3,550.

As seen above (prices as per Bitstamp), BTC closed at $4,073 on Dec. 20, confirming a bullish outside-candle reversal (bear-to-bull change).

So far, however, the follow-through has been discouraging. Prices have dropped in the last ten days, but so have volumes.

The bullish reversal, however, would be invalidated if and when the bullish-higher low of $3,566 carved out on Dec. 27 is breached.

The triangle breakout seen in the 6-hour chart indicates that the rally from the December low of $3,122 has resumed.

Meanwhile, the bull flag breakout seen in the hourly chart indicates a resumption of the rally from the Jan. 1 low of $3,629.

Therefore, the path of least resistance is on the higher side.

On the daily chart, BTC is likely carving out an inverse head-and-shoulders bullish reversal pattern with the neckline resistance at $4,170.

The bullish setup on the 3-day and intraday chart indicates scope for a test of $4,170 in the next few days.

It is worth noting that the 50-day moving average (MA) is still trending south, indicating a bearish setup. As a result, BTC may attract bears if the MA hurdle, currently at $3,900, proves to be a tough nut to crack in the next 48 hours or so.