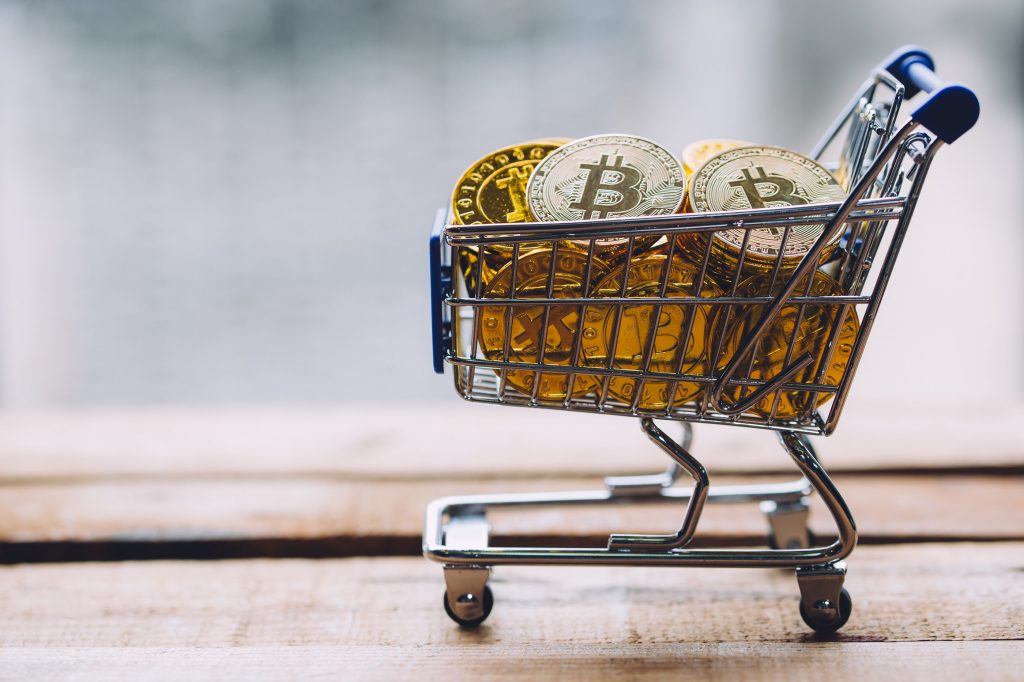 Bitcoin (BTC) is changing hands at $10,850, having gained over 1% on its value both on a day-to-day basis. The pioneer digital currency bottomed at $10,137 on September 23 and resumed the recovery.

After a short period of range-bound trading above $10,500, the price attempts to gain the bullish momentum and retest the resistance of $11,000-$11,100. This area is reinforced by the former support line that served as a formidable backstop in August, and daily SMA50.

This area may be a hard nut to crack for the bulls and limit Bitcoin’s recovery in the short-run; however, the long-term fundamentals remain positive and imply that the coin may be on the verge of a massive bullish trend.

Grayscale beefed up its BTC investments

Grayscale Investments increased its Bitcoin’s exposure by over 17,000 coins during the previous week. According to Bybt.com, this is the largest one-time purchase at least in the last three months.

The recent purchase translates to approximately $200 million at the current exchange rate and increases the total value Grayscale Bitcoin trust to $4.8 Billion.

The move confirms the growing interest in Bitcoin among institutional investors that have been engaged in Bitcoin buying recently. Thus, in September, the head of Microstrategy, Michael Saylor, confirmed that the company spent nearly $500 million to increase its Bitcoin’s position. He also explained that the cryptocurrency was a hedge against inflation. Microstrategy and Grayscale are not alone. As FXStreet previously reported, about 90% of institutional investors planned to diversify their portfolios with cryptocurrency within the next five years.

The exchange inflows are waning

After a sharp increase on September 22, the exchange inflows of BTC on the cryptocurrency exchanges has stayed subdued. It means that the selling pressure is decreasing as the market participants are less inclined to cash out.

Bitcoin’s inflows to the cryptocurrency exchanges

What may go wrong

The growing geopolitical turbulence and economic jitters are still an influential factor for the cryptocurrency market. As we have previously reported, Bitcoin’s upside potential may be limited as long as the global markets are gripped with uncertainty.

During the calamitous times, BTC tends to move in lockstep with the stock markets and other risk assets, vulnerable to the sell-off amid the ongoing uncertainty around the US presidential elections and the second wave of COVID-19.

From the technical point of view, BTC/USD is not entirely out of wood as long as it stays below $11,500-$11,800. IntoTheBlock’s “In/Out of the Money Around Price” (IOMAP) model reveals there is a strong supply barrier that may limit Bitcoin’s upside potential. Based on this on-chain metric, roughly 1,1 million addresses are holding over 800,000 BTC.

This area can absorb some of the buying pressure seen recently. Holders who have been underwater may try to break even on their positions, slowing down the uptrend.

On the other side, the IOMAP cohorts show that BTC sits on top of stable support. Nearly 1,4 million addresses bought roughly 1 million BCT between $10,500 and $10,800. This crucial area of interest suggests that bears will have a hard time pushing the price down.