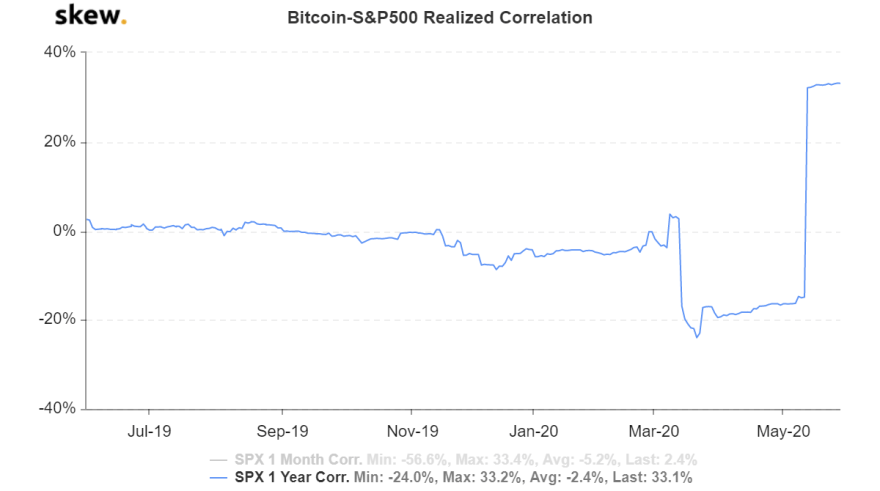 While Bitcoin may no longer hold ground as a medium exchange, the past decade has shown that the world’s first and most dominant cryptocurrency is a highly robust long term asset despite its volatility. As a store of value, and in light of increased regulatory clarity around cryptocurrencies and the digital assets market, Bitcon’s investment thesis is highly regarded.

While Bitcoin’s progress in normalizing crypto is mostly a positive narrative, suspicion and skepticism still exist regarding crypto’s role in the evolving world of finance. A recent study titled “Dissecting Time-Varying Risk Exposures in Cryptocurrency Markets” tries to understand how true Bitcoin’s claim as a new asset class is and how it fares in comparison to traditional assets. The paper cites concerns regarding Bitcoin’s usefulness as a safe haven asset and argued that,

“Bitcoin is uncorrelated with the majority of fiat currencies and is much more volatile, therefore being of limited usefulness for risk management purposes and diversification.”

However, the paper noted that while Bitcoin’s predominant narrative as a safe-haven asset maybe not fully founded in reality, there are opportunities for investors within the digital assets markets, it noted that,

“There are large and persistent arbitrage opportunities in cryptocurrency trading relative to fiat currencies across different exchanges, and that the crypto returns dynamics is primarily driven by investors who ‘speculate’”

Even as adoption has seen a steady rise Bitcoin is still considered to be a purely speculative asset despite the various use-cases it has exhibited and its ability to maintain value. According to market data from skew the Bitcoin – S&P 500 index rose from 14 percent to over 33 percent in the past few weeks.

The study concludes that at the moment the crypto market is not systematically exposed to stock market factors and that it does represent a new asset class, substantially differentiated from traditional asset classes. Highlighting the key differences noted, the study pointed out,

“Cryptocurrency appears to be characterized by returns that are less predictable on average when compared to other asset classes, including gold and the external, trade value-weighted US dollar.”

However, in the case of the crypto market particularly with regard to Bitcoin, its portfolio diversification benefits may outweigh the returns as the current risk-averse sentiment in investors is likely to sustain.