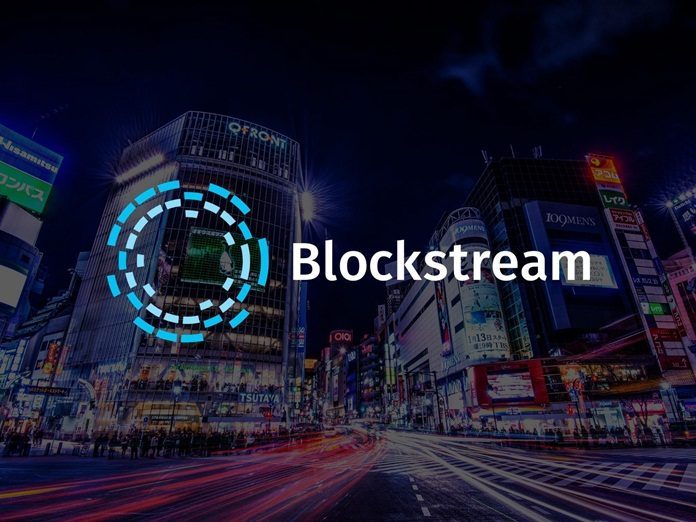 In order to finally achieve mainstream adoption, Bitcoin (BTC) needs to evolve. However, when the question is “how to evolve?”, things can get trickier, as there are several kinds of improvements that someone can do to the Bitcoin network. Now, Blockstream is focused on a very interesting issue to solve: to make Bitcoin work without the internet.

While most of the projects are focused either on making Bitcoin scalable or in turning the technology into something considerably more user-friendly, this one is actually a very revolutionary idea that could change the way that people use BTC in the future.

Blockstream has been focused on creating a network of satellites that will work around the whole globe 24/7. The idea is to create a network that will run independently from the internet and let the users access their data, as well as to send and receive transactions from anyone in the Bitcoin network. If this idea actually bears fruit, it can be one of the pillars for the global adoption of the asset.

Everybody knows that Bitcoin is very useful for regions which are in economic turmoil. Venezuela is currently a great example of that. The country is facing a hyperinflation crisis, so this means that not everybody has a high-speed broadband connection available as they barely have the money to eat sometimes.

With a system like this one, someone could verify all the transactions that happen on the network using the Satellite API completely free of charge and also free from the control of internet service provider (of course, you would not be free from Blockstream, which would own the satellites).

However, despite what issues this method may have, more and more people are starting to use satellite connections to use BTC even more off the grid.

As a lot of Bitcoin users are very suspicious of the government and institutions, they see this development as something natural for the network and that caters to this specific niche, as well as to poor people who do not have a good internet connection.

In fact, anyone can validate nodes in any place of the planet using this kind of technology without needing to buy expensive data plans. With a simple SMS or even printed QR codes, someone could make the transactions happen.

A Satellite Market For Bitcoin Is Being Created

Not only Blockstream is interested in this profitable market. A New York-based startup called GoTenna is also working in this niche of decentralized off the grid communications. The company was created by visionaries that are looking closely to interesting methods of using antennas, satellites and the Bitcoin network for transactions.

The company currently uses the TxTenna software, which lets the user broadcast their BTC transactions to networks of connected devices. With the help of these two companies and all the other ones which will certainly appear down the road, a truly offline Bitcoin can be born.

There are some Bitcoin enthusiasts that believe that Bitcoin can only be resistant to censorship if the technology is able to be offline. Authoritarian governments are quick to control and cut the internet connection of the citizens, so having your own way of accessing the network is vital for the people who are interested in having freedom from this kind of government.

Also, this would protect the person who used the technology from internet outages, which can happen for natural or man-made reasons and to be really connected with your money at all times. Using a battery can protect the user even from power outages and it is being hailed as the ultimate method of using Bitcoin.

The main problem of the idea of offline Bitcoin is that it can be somewhat complicated to set these devices up. Companies like goTenna and Blockstream are certainly making very positive developments that will certainly help the industry in order to popularize this, but you need to be tech-savvy to link your crypto wallets to the offline Bitcoin grid.

Because of this small but important issue, it can be said that, unless the companies start to devise some methods of non-technical users doing this, this development will remain a niche. However, if they are able to do it, they may be the responsible ones for ushering a new era for Bitcoin and the world.

$185 Million Of Bitcoins: This Is the Amount Bought by Grayscale Only Last Week

Sharp Bitcoin Correction Nothing Out of the Ordinary, According to Crypto Trader Lark Davis – Here’s Why