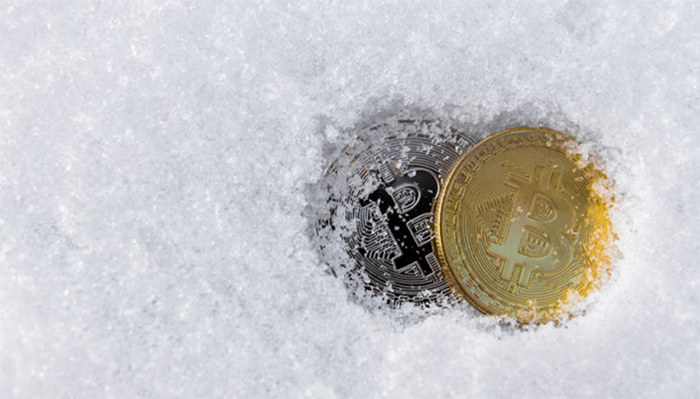 BTC has been trading around $ 3,500 over the past four weeks, but since last Monday the price has gone down to about $ 3,310. This was a strong signal that the end of the bear market is far from in sight.

Yesterday, the CEO of blockchain company Civic sounded the alarm. Civic is a blockchain company that develops software for digital identity applications. According to him, the current crypto winter could become even worse if the price dropped further.

On Twitter, the CEO of Civic, Vinny Lingham, wrote: “If we come below the level of $ 3,000, the crypto winter becomes a nuclear crypto winter for Bitcoin.” And since the price is creeping further and further down, that scenario seems to be becoming reality. .

Due to the falling course, mining is also no longer profitable for miners. The cost of mincing Bitcoin is too high compared to what it can bring. As a result, large ‘mining farms’ had to close, resulting in fewer and fewer miners being active on the Bitcoin network.

The rest of the cryptocurrencies also suffers considerably from the bear market. In many cases, the prices of the altcoins follow the Bitcoin course, as a result of which they also suffered large losses. Here and there, despite the bear market, there is still some good news to be found, such as the airdrops of BTT that TRON (TRX) will possibly have a positive effect in the coming years.

In total, the entire crypto market lost $ 400 billion in value last year. And given the current situation, that crypto winter does not seem to end in the short term.

Wrap Your Head Around This: BTC Is Now Featured as a Token on Ethereum