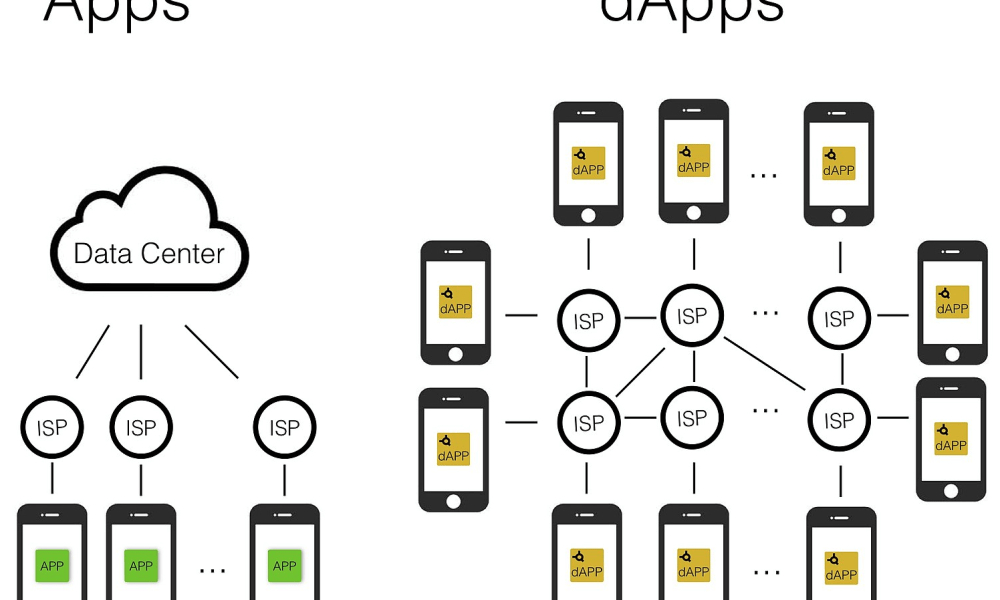 Decentralized Applications or DApps are in simple terms applications that are not owned by any one individual and can therefore not be shut down or misused.

While there is no fixed definition of this ever growing and evolving technology, DApps are generally thought to contain four set characteristics;  the ability to incentivize themselves, contain an open source, abide by an algorithm/protocol that ensures Proof of value based on community consensus and of course, be decentralized!

The proof that DApps are far better than traditional web algorithms and applications is overwhelming and although the reality where applications provide users this level of agency and control may be a thing of the future, that future is not too far off!

CEO of the DApp Fund, David Johnson made this promising prediction in his white paper:

“These decentralized applications will someday surpass the world’s largest software corporations in utility, user-base, and network valuation due to their superior incentivization structure, flexibility, transparency, resiliency, and distributed nature.”

Still not convinced? Well, maybe a side  by side comparison will help change your mind and make you a believer!

Conventional centralized servers are flawed in many ways as compared to for example, a DApp such as Bitcoin. Imagine it this way; with a centralized, singular server in control of a majority of the applications on the internet, as a user you use their services within the confinements of their terms and conditions.

This in turn gives the centralized server and provider the power to decide what can or cannot be made accessible to users and can even allow countries like China to curb it’s citizen’s rights to access much of the web. Now imagine if sites such as Facebook or Instagram were decentralized. This would mean that to take it down would mean all the thousands of network nodes all over the world would have to be taken down, which is not possible!

If practically all our favourite sites are sourced to this one centralized server, the risk of potential failure and disintegration of the server is greater as there is no diversification! Take down one and you may see them all failing.

In terms of structure and maintenance, this method also does no favors for factors like sustainability and efficiency as a lot of resources and manpower are being employed to keep these giant servers up and running to provide services for the world.

With decentralized applications like Bitcoin, there is a far greater diversification of risk as the peer to peer strategy ensures that the entire network retains it’s autonomy and not just one server.

Data is at greater risk from hackers

As mentioned earlier, with all the control in the hands of a few, so is the entirety of your data online. This has many disadvantages, with increased risk of your valuable information such as personal data being the biggest concern! For a hacker, the fact that a hosting service’s entire user database is accessible in one convenient little package is a jackpot.

With decentralized servers, this becomes a much tougher job as most information is either already public or confined to the peer to peer network ensuring that the user’s are in control.

Corporations monitor and sell your data to advertisers

Perhaps the biggest issue with a singular provider is the fact that large corporations like Facebook actively monitor and effectively “own” your sensitive and private data. This activity is rarely illegal as they trick the user into agreeing to such terms in order for the user to gain access to their application’s services.

Since they then “own” data such as your personal information and even your online activity, they are then at the liberty to sell this information to advertisers freely. When decentralized apps come in, they give back the power to sell or keep this data into the hands of the user and not giant profiteering corporations.

Paris ‘Treasure Hunt’ Sees Bitcoin Prize Worth $1,000 Up For Grabs in Wall Mural