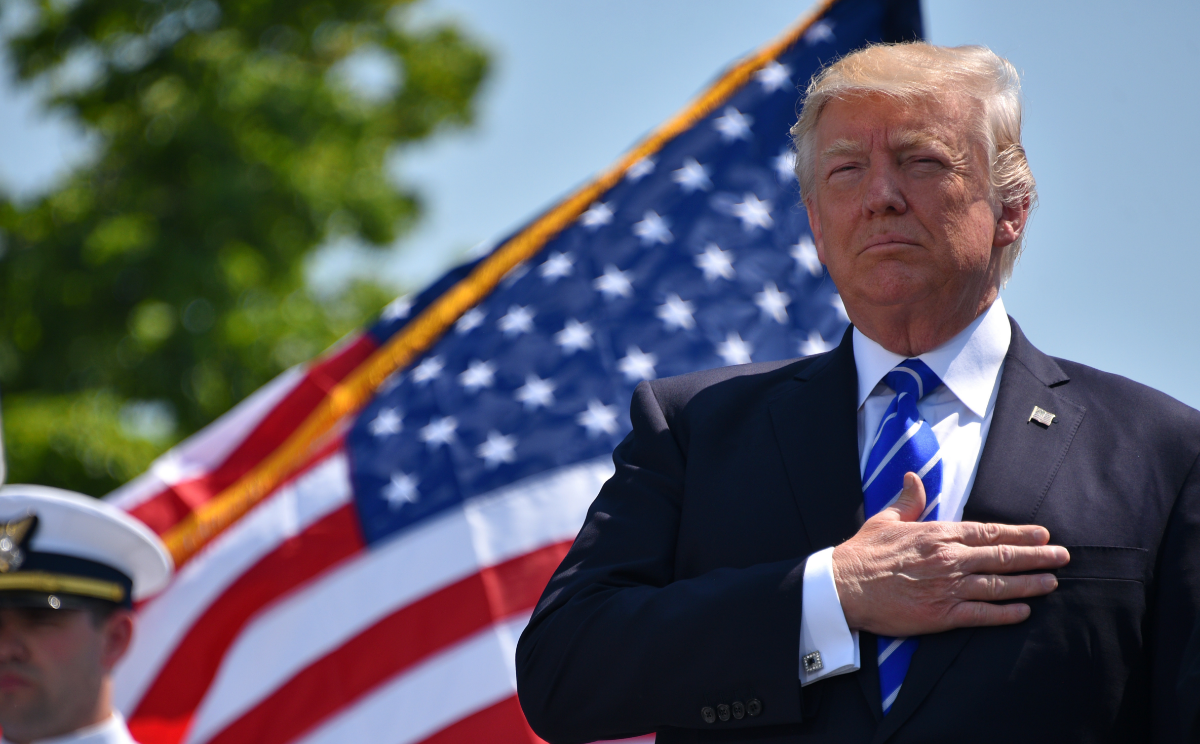 According to a number of crypto prediction markets and futures, Trump will still win the election in 123 days, but his chances have lessened a great deal. No matter who wins, however, the large sums of money flowing into these wager platforms indicate that people love to bet on election outcomes.

It’s been roughly four months since the start of the coronavirus outbreak in the United States and it has shaken the country to its core. How the government dealt with the Covid-19 situation is an extremely controversial subject and many Americans have lost respect for U.S. President Donald Trump since the crisis.

American citizens always argue about politics and the two-party system and the 2020 election cycle is no different for many U.S. citizens. At the time of publication, the public knows that the incumbent President, Donald Trump, will presumptively be presented as the leader in 52 days.

The public is also aware that former Vice President for the Obama administration, Joe Biden, will also likely be presented as the Democrats leader at the national convention in 45 days. A lot of people think that the two choices from the Democrat and Republican parties are horrible this election cycle but many Americans are not aware of third-party candidates.

During the first week of February, news.Bitcoin.com reported on cryptocurrency futures and prediction markets which indicated at the time that Trump will win the U.S. 2020 presidential election. That week in February, a token called TRUMP was released in order to represent a futures agreement. Basically TRUMP is a futures contract on FTX,” the exchange FTX noted.

“[The token] expires to $1 if Donald Trump wins the 2020 US presidential general election, and $0 otherwise.” At that time, the trading platform FTX had shown the futures token was swapping for $0.62 per coin. That price per token means that Donald Trump had a 62% chance of winning the 2020 election.

Now, after the Covid-19 fiasco, the FTX futures token based on Donald Trump is trading for much less. At the time of publication, TRUMP is swapping for $0.40 per token which means traders think that Trump could lose the 2020 election. There is also a great number of people betting on the 2020 election via Betfair.

Betfair is a popular betting platform and users who want to leverage bitcoin (BTC) and other cryptocurrency payments need to use the Neteller option. Looking at the Betfair stats for the “USA – Presidential Election 2020 – Next President” wagers shows Trump has better odds than Biden. There’s roughly, $43,000+ in wagers on the Betfair website at the time of publication and Biden and Trump are the top two choices.

Data from the web portal predictions.global shows the prediction marketplace Augur and the future 2020 election outcome predictions stemming from that platform. During the last few weeks, people are still not sure that Joe Biden will be the Democratic party nominee. Despite the fact that Biden has 2,144 delegates people still think it is questionable.

The Augur prediction market thinks there’s a 25% chance it could be someone else other than the presumptive Democratic nominee. The same question is asked about Donald Trump being the Republican nominee and the wisdom of the crowd is 95% sure it will be Trump.

Similarly to our last report on cryptocurrency futures and prediction markets betting on the 2020 election, the Augur-based prediction market question called “Will Donald J. Trump be elected and inaugurated as President of the United States” is the same. Currently, 55% of Augur’s wisdom of the crowd says that Trump will win and be inaugurated.

Augur shows other questions that could make it difficult for Trump if the predictions come to fruition. One question asks if Trump will be impeached before the end of his first term and 50% of the answers think yes. Another question asks if the House of Representatives would impeach Trump and 44% think that the group could.

Augur stats also show that 29% of the prediction marketplace users think Kamala Harris could be the Democratic party nominee for President in the 2020 election.

BITCOIN LOOKS STRUCTURALLY SIMILAR TO START OF RALLY TO $20,000: ANALYST