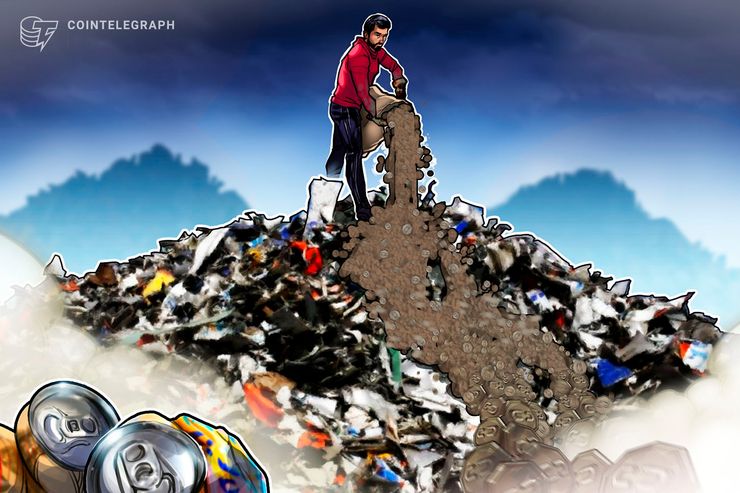 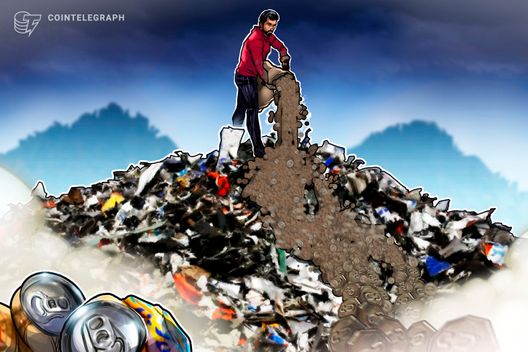 2018 will long be remembered as the start of a significant cryptocurrency bear market, but the declining market still provided opportunities for scam artists to snag unwary investors.

Given that 2017 was a breakout year for Bitcoin (BTC) and the likes, investors were clamoring to enter the fray as the price of cryptocurrencies skyrocketed toward the end of the year.

With such a positive environment, businesses and developers looked to leverage blockchain technology for new projects, leading to a boom of new initial coin offerings (ICO) that has collectively raised more than $20 billion since the beginning of 2017.

This provided the right atmosphere for more nefarious individuals to set up scam operations looking to fleece unsuspecting victims.

The modus operandi varied from project to project, but there was no shortage of conventional multi-level marketing and pyramid schemes, as well as pump-and-dump operations.

As the year has come to a close, it is worthwhile to take a look at some the biggest scams of 2018, as well as some of weirdest and outright ridiculous schemes.

Bitconnect will go down as one of the biggest scams the crypto world has ever seen, but the shady project saw its eventual end at the beginning of 2018.

Thousands of investors were duped by the platform, which promised impressive returns on a lending scheme using its own native token.

The concept was fairly simple: Investors would trade in Bitcoin in return for Bitconnect Coin (BCC), which they could then lend out at varying rates of return in interest.

Bitconnect’s lending platform led to accusations of the platform being a Ponzi scheme, which in time led to a cease-and-desist order being issued by United States regulators.

What further drove concerns around the legitimacy of the operation was the referral system and the anonymous ownership of the company.

The worst fears were realized when the anonymous creators of the program sold their coins and made off with the reserves of BTC — leading to class action lawsuits from a number of affected investors.

The scale of Bitconnect’s influence spanned across several continents, leaving investors around the world dealing with losses.

As recent research from the Social Science Research Network suggests, price manipulation of various projects is still rife among the cryptocurrency community.

Culprits make use of messaging applications like Discord and Telegram to orchestrate price hikes of certain crypto tokens in order to sell their own holdings for a profit.

According to the findings, researchers identified 1,051 and 3,767 pump-and-dumps schemes on Discord and Telegram respectively, indicating just how prevalent this illegal practice has become.  As per current regulations, this practice amounts to securities fraud under the jurisdiction of the U.S. Seсcurities and Exchange Commission (SEC).

While many of these schemes targeted a variety of altcoins, Bitcoin was not immune to orchestrated buying groups operating through various chat groups.

The research identified at least 82 pump schemes targeting BTC on these two apps in 2018, although that amounted to just over 1 percent of total pump signals.

Social media networks have also become a crucial tool for criminals to prey on unwise investors.

A prime example was the hacking of verified Twitter accounts that were then used to promote fraudulent money-raising schemes.

The latest instance saw a number of accounts impersonating Tesla founder Elon Musk, promoting a Bitcoin fundraising scheme.  One of these Bitcoin wallets used in the scam raised over $150,000, showing how many people fell for the authenticity of a “verified” account.

It certainly wasn’t the first time hackers had taken control of prominent accounts in 2018. At the beginning of the year, Litecoin founder Charlie Lee had a number impersonators setting up accounts on Twitter, promoting fake LTC giveaways.

Telegram founder Pavel Durov was also a victim, as a number of accounts looked to take advantage of some downtime of the Telegram app, setting up fake accounts offering crypto giveaways for their support.

19-year-old Xzavyer Narvaez made headlines in August, after he was identified as the perpetrator of an elaborate sim-swap heist that saw more than $1 million worth of BTC stolen.

According to reports, the teen stole phone numbers and used them to gain access to the social media and financial accounts of his victims. He would do this by performing a “sim-swap” in order to take control of accounts on his own devices.

Investigators allege that Narvaez’s Bittrex crypto wallet had received over 157 BTC between March and June 2018.

Narvaez faces charges on four counts of using personal identifying information without authorization; four counts of altering and damaging computer data with intent to defraud or obtain money, and grand theft of personal property of a value over $950,000, according to court documents.

If not for his flashy spending of his ill-gotten gains, which included the purchase of a McLaren sports car, and his brazen use of the same device to process over 20 sim-swaps, Narvaez may have gotten away with his crimes.

The purchase of the $200,000 vehicle, which was made using BitPay, also helped authorities build a case against Narvaez.

Narvaez is not the only perpetrator to be arrested for stealing large amounts of crypto through the use of sim-swaps.

According to Krebs On Security, police arrested a man in August believed to be part of a cross-state syndicate involving nine suspects that used sim-swapping to steal large amounts of cryptocurrencies from his victims.

In April 2018, news broke of a massive ICO scam that had affected 32,000 investors in Vietnam.

The fraud was touted as one of the biggest to affect the crypto community, as $660 million of investors’ money had been stolen by two separate ICOs, run by a parent company in Ho Chi Minh City.

Modern Tech operated two projects, iFan and Pincoin, which duped investors before they could alert authorities. The owners liquidated the company and vacated their offices in the city by the time affected investors lobbied to get their money back.

iFan was touted as a social networking platform for celebrities to promote content and merchandise to fans around the world.

Modern Tech was promising users in Vietnam 48 percent returns monthly for iFan tokens, but they had to make an initial investment of $1,000. Furthermore, users were given an 8 percent commission for referring new investors.

Pincoin, an ERC-20 token powering the PIN project, promised users up to 40 percent monthly return on investments on the landing page of the website. The project promised to build an online platform powered by cryptocurrency and blockchain to provide an advertising network, auction and investment portal, and peer-to-peer (p2p) marketplace, among other offerings.

After a protracted legal battle, Homero Joshua Garza, the CEO of now defunct GAW miners and Paycoin cloud mining, was sentenced to 21 months in jail in September 2018. His offences date back to 2015, when he was found guilty of running Ponzi schemes.

Both projects were setup that year, but within months, GAW was accused of being a Ponzi scheme, leading to its closure in 2015.

The developers of GAW also created Paycoin, a cloud-mined cryptocurrency.

The pair had alerted authorities after they’d failed to receive dividends from investments made with Jaravijit and nine other suspects.

The investors believed that their $24 million would be pumped into the casino- and gambling-focused cryptocurrency Dragon Coin (DRG). After parting ways with the funds, the pair never received any dividends from the so-called investment, a proof of investment in DRG, nor were they invited to shareholders meetings.

Sniffing out the perpetrators

While the number of fraudulent operations may be startling, there seems to have been some real success by authorities looking to take action and protect investors.

U.S. Commodity Futures Trading Commission chairman Christopher Giancarlo said the organization had seen an increase in the amount of actions and fines taken against fraudulent projects, including the cryptocurrency sector.

“We have not been shy to take these cases to trial, winning significant trial victories in this area over the past year — including a precedent setting victory in a trial involving Bitcoin (BTC) fraud.”

While financial regulators and authorities may have been dishing out fines, conventional authorities made a number of high-profile arrests during the course of the year, as Cointelegraph has previously reported.

Some of the ring leaders have been included in this article, but these arrests show that even the anonymous characteristics of cryptocurrencies can’t completely hide the paper trails of illicit activities.

As regulators gain a better understanding of the ins and outs of cryptocurrencies and ICOs, the prevalence of these types of crimes could very well drop.

However, these stories show that investors need to be cautious with their crypto and make sure that due diligence is done when investing.

Central Banks Could Turn to Crypto to Support Reserves