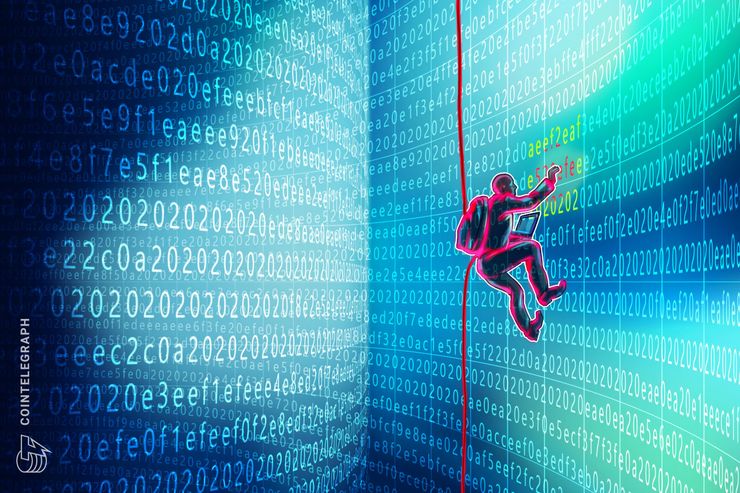 
The Twitter account of a Belgian non-profit was evidently hacked and made into a fake affiliate account of United States crypto exchange Coinbase. The impersonating account posted what what appeared to be a scam giveaway promotion, allegedly celebrating Coinbase’s user base growth in a tweet today, Jan. 9, that has since been deleted.

Scammers had targeted the account of the Federation of Enterprises in Belgium (FEB), a non-profit organization that aims to promote the interests of Belgian businesses.

After taking control of the FEB’s Twitter account, the scammers transformed the account to appear to be affiliated with Coinbase. The account’s description read “Official Coinbase Promotion Account,” and its profile and cover photos featured Coinbase branding, as well as a link to Coinbase’s official site.

The scammers were unable to change the Twitter account’s handle, which remained @VBOFEB, a combination of the abbreviations of the organization’s name in Dutch and French. 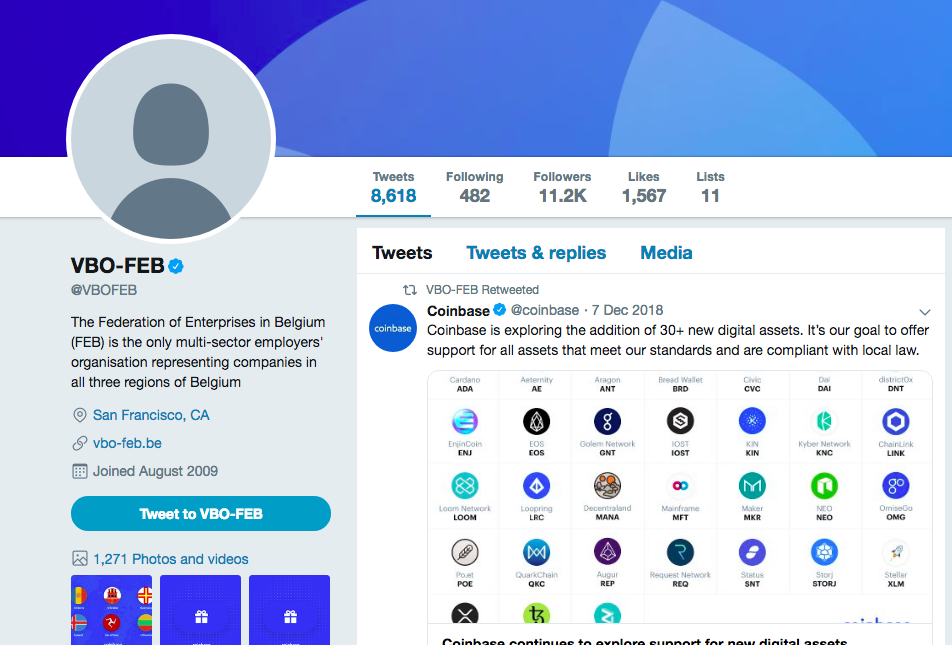 The scam giveaway tweet posted today mimics a common crypto scam model on Twitter, urging followers to send a small amount of crypto in order to receive a larger amount. The scammers’ tweet urged users to participate in a fraudulent 3,000 BTC giveaway, allegedly in honor of Coinbase’s user base growth to “over 30,000.000 [sic] users.” 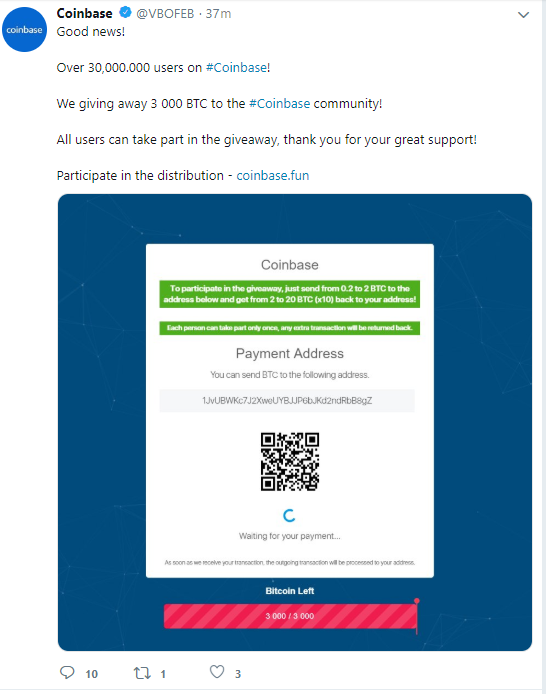 In addition to the Twitter account’s handle, other signs that the giveaway tweet and accounts were a scam included inconsistent number formatting and grammatical errors. Coinbase’s alleged user base, according to the tweet, was “30,000.000,” or thirty thousand, while the giveaway statement also read: “We giving [sic] away 3 000 BTC.”

In October, Ran Neuner, the host of CNBC’s Crypto Trader, revealed that the number of Coinbase user accounts had reached 25 million by that time, with 600,000 user actively trading on the platform.

At press time, the FEB has not replied to Cointelegraph’s request for comment.

Bitcoin Price Analysis: Why the Defense at $4,000 Will Not Hold