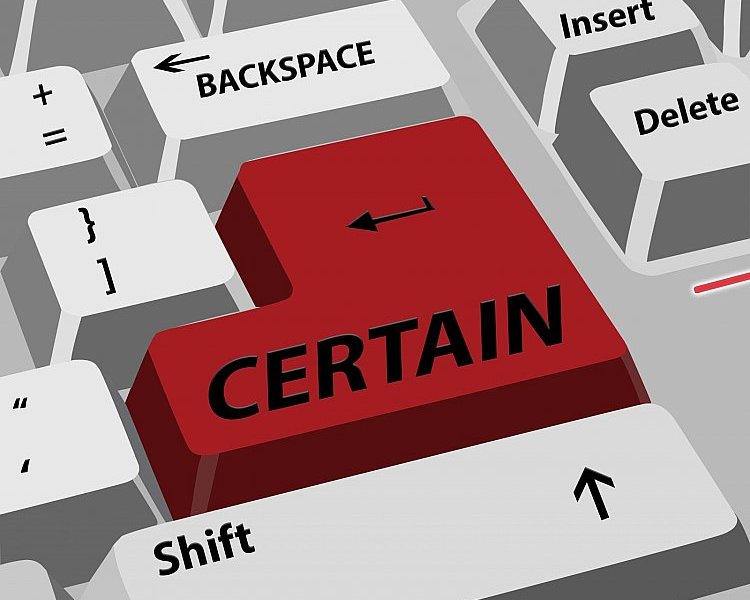 
It wasn’t 10 years ago, but more like 15, when I first saw the potential for a digital currency. I’ve been through some big up and downs in bitcoin. But today, I’m more certain than ever that the bitcoin revolution is coming.

In 2004, I learned from a wealthy Korean industrialist that people were paying real-world money for digital items like weapons to use in massively multiplayer video games. The game was “Lineage,” which was taking Seoul by storm.

It got me thinking that there was an amazing business in virtual goods coming.

Later, Joel Yarmon first introduced me to bitcoin in about 2011. He brought in Peter Vincennes and his company Coinlab to pitch us. Bitcoin was a new currency that could be used to store value and pay for anything, not just for advancement in a video game.

I quickly absorbed the basics of bitcoin: miners, wallets and such. The decreasing number of bitcoins available to be mined over time meant that the price of a bitcoin would increase in value as fewer bitcoins were mined and usage increased. In fact, as bitcoins spread and their usage increased, it was likely that the currency would become more valuable.

Coinlab would become a bitcoin-focused innovator and miner. We made a small investment in the company. My son Adam started an accelerator called Boost VC, dedicated to bitcoin (and blockchain) companies. He was the first investor in Coinbase.

Around that time, I asked Peter if I could buy $250,000 worth of bitcoin. He bought some for me at about $6 each and stored them in Mt. Gox, the largest bitcoin exchange at the time. He said he would also buy a high-speed mining chip from Butterfly Labs to get us even cheaper bitcoin. Both of these efforts went south.

First, the mining chip was delayed. Rather than shipping it to Peter as ordered, Butterfly Labs used the chip to mine bitcoins for themselves. By the time Peter received the ASIC chips, mining had dramatically increased in difficulty. Meanwhile, the bitcoin I had bought was “lost” by Mt. Gox.

But something important happened with the failure of Mt. Gox. The price of bitcoin only dropped about 20 percent, and the currency continued to be traded on other exchanges. I was flabbergasted and fascinated.

I realized that the demand for this new digital currency was so strong that even a huge theft would not keep bitcoin from creating a new way for us to transact, store and move money. Since the financial crisis, people were losing their confidence in government or “fiat” currencies. I went on to back a number of the Boost VC bitcoin companies, and as I was discovering more and more uses, an enormous opportunity arose.

And something happened that gave me another shot at getting involved in the bitcoin opportunity. The U.S. Marshall’s office confiscated the bitcoins owned by the Silk Road, an online drug marketplace, and almost 30,000 bitcoins were put up for auction. I looked at this as an opportunity to rebuy the bitcoins I lost.

The market price then was $618 per bitcoin. At the last minute, I decided to bid higher than market price. I bid $632 and won all of the bitcoins!

After the inevitable buyer’s remorse for paying a higher price than anyone else was willing to pay, I thought about how I could best drive a positive use for these bitcoins with a tainted past. I decided that I would use them to support the proliferation of bitcoin through emerging country marketplaces where people didn’t have confidence in their own currencies.

Many people in such countries are not “bankable.” Banks lose money on people who don’t have enough to make all the paperwork worthwhile. Banking regulations set up to protect the little guy have actually kept the little guy from participating in the economy — almost guaranteeing that he will remain “the little guy.” There are billions of “unbanked.”

Avish Bhama, one Boost entrepreneur with a company called Mirror helped me figure out a good plan to spread the currency to emerging country markets. The idea was to allow people from developing nations the ability to invest in anything (even to go short against their own currency) by using bitcoin as the “rails,” the conduit for the trades.

Mirror later changed its business model, but companies I backed later — BitPesa in Africa, Bitpagos in Latin America, and CoinHako in Southeast Asia — are making the emerging world their marketplace.

I remain impressed by the possibilities for bitcoin and blockchain. Bitcoin is a currency that is accepted everywhere without any government friction or interference, a stored value solution that doesn’t require a holder to keep a room full of metals and art, and a frictionless currency that can move automatically based on a contract, without the usual drag that comes from regulations and accounting rules.

But there are many other uses.

A bitcoin wallet can also be used as an escrow for a contract in transition, as a redistribution of an estate or as a transfer agent to distribute payments, dividends or shares of stock. Blockchains can keep track of money, data, inventory, contracts, etc., and “smart” contracts can be designed such that they anticipate eventualities and automatically distribute funds appropriately. Corporations can use the blockchain to automatically pay employees their wages and benefits, pay shareholders their dividends, and pay noteholders their interest and principal payments, all with precise accuracy and automated accounting.

The blockchain can manage three-way transfers with ease, and eventually will handle retail transactions without the need for credit or debit cards. Insurance companies can use it to manage their claims and automate collections. Real estate escrows and titles can all be done quickly and easily between buyer and seller. Drugs and food can be authenticated by blockchain to guarantee their origins.

And the U.S. Government can manage social security, welfare, Medicare, worker’s comp, disability and all their data verification of citizens and businesses with bitcoin and the blockchain, since blockchain is the perfect government employee.

It is honest, incorruptible, secure, and fair.

Many industries will have to go through fundamental changes to adapt to the advent of this new way of thinking. People will have to learn that the bank, being the trusted third party for centuries will soon be replaced by computers that now monitor their holdings through the blockchain. Banking will be simpler, safer and easier than relying on people to do the monotonous work in some brick-and-mortar facility.

It is interesting to note that countries, now recognizing that they are in competition with one another, are trying to make sure they win the bitcoin economy. The smartest of these are either allowing bitcoin to prosper or recognize that they need a light touch in regulating bitcoin to attract all the creativity, money and startups that are flooding into the field.

The U.S. was wise to leave the internet unregulated and free because all the internet entrepreneurs created startups domestically and the economy around the internet blossomed. Keeping its regulatory hands light should help innovators stay in the U.S.

There are many parallels between bitcoin now and the internet in 1994. In 1994, the internet was just for hobbyists and hackers. I remember when I first used the Internet, the only things I could do were to buy diamonds and try to break into NORAD. There were very few uses. It took many years for the internet to become mainstream, but when it did, it transformed industries.

The long-term vision for bitcoin is to give the world economic emancipation. The potential if bitcoin is only limited by the imaginations of the entrepreneurs who work to drive this new virtual economy. To monitor and keep it honest, I believe that the community of users will ultimately self-regulate, possibly eclipsing or obviating the need for the various governments to regulate the crypto world.

I’ve been through the ups and downs with bitcoin, and I am as certain as ever that the bitcoin revolution is coming.

It is here to bank the unbanked, to democratize economic opportunity and to reevaluate governance. I expect that it will change everything from the banks and the financial system to healthcare, to democracy, even the government.