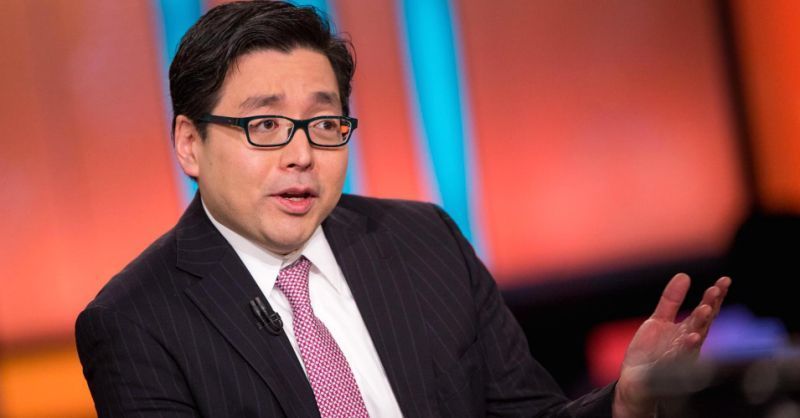 Thomas Lee, the CEO of Fundstrat Global Advisors said that Bitcoin (BTC) is going to end 2019 above $3,900. Bitcoin has been traded sideways during the last few months between $4,200 and $3,300, and experts and analysts are trying to understand whether we are close to a bottom or if it is possible for Bitcoin to keep falling.

The expert trader Thomas Lee believes that Bitcoin will be traded by the end of the year higher than $3,900, just $100 dollars above the current price. He said that during a conversation with Crypto Market News uploaded to YouTube on February 22nd.

He has also talked about the approval of a Bitcoin Exchange Traded Fund (ETF) during 2019. He said that he does not think that an ETF related to Bitcoin will not happen in 2019. Moreover, he said that Bitcoin would really benefit from it.About Bitcoin’s price and the approval of an ETF, he said:


There are several enthusiasts that expect the U.S. Securities and Exchange Commission (SEC) to approve a Bitcoin ETF this year, but this is something that might not happen in 2019. Thomas Lee went on talking about some macro factors that would have an influence on the cryptocurrency market.

He said that the fact that global markets are rising will play a positive role in the virtual currency space. He mentioned that back in 2018, the financial markets fell and that Bitcoin followed the same trend. Moreover, that the dollar is being weaker is also a real tailwind for Bitcoin compared to 2018.

Currently, Bitcoin is being traded around $3,800 after falling 5.7% in the last 24 hours. Bitcoin’s market capitalization is currently $66.79 billion.

“Bitcoin is the fifth evolution of money in its most abstract form,” says Mastering Bitcoin author