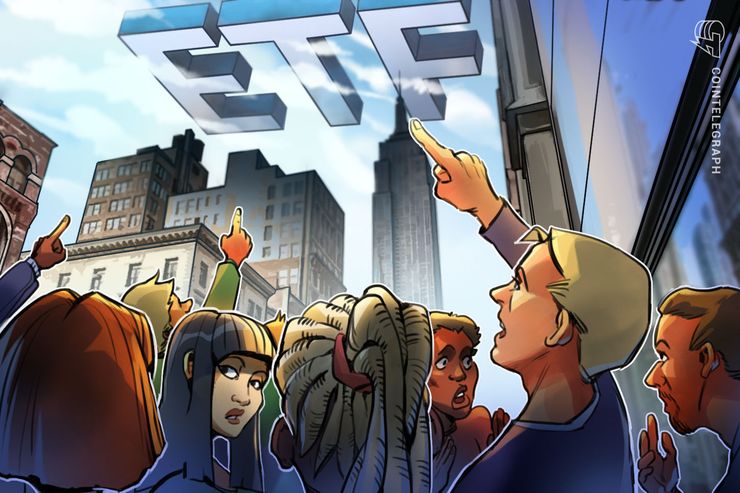 Citing a person familiar with the matter, the publication reports that the Financial Services Agency (FSA) is testing interest in an ETF with a view to potentially giving the instrument the green light to trade on domestic markets.

The move would place Japan in direct contrast to the United States, where regulators are risk-averse on ETFs but permit physical Bitcoin futures trading, something the FSA has rejected.

This, Bloomberg notes, came due to the Japanese regulator “concluding that such products would achieve little besides stoke speculation.”

Appetites for an ETF worldwide remain mixed. While some cryptocurrency advocates argue their acceptance would help Bitcoin’s image and popularity, others from within the industry claim the increased speculation and lack of physical Bitcoin ownership involved would have a detrimental effect.

Speculation had arisen that the ongoing government shutdown in Washington could see the Securities and Exchange Commission (SEC) give an ETF automatic approval.

“It’s true that a proposed rule change is auto-approved if the SEC doesn’t make a decision by the deadline, but in reality it would never happen,” he wrote Saturday, clarifying:

“The SEC has enough staff to put out a decision, even if it’s a one-pager saying ‘denied for reasons to be explained later.’”

Intercontinental Exchange’s Bakkt platform is still slated to begin offering Bitcoin futures on the U.S. market later this month, a move which Nasdaq has said it will copy in 2019.

Bitcoin May Keep on Upward Trajectory in 2021: Bloomberg’s Mike McGlone Explains Why