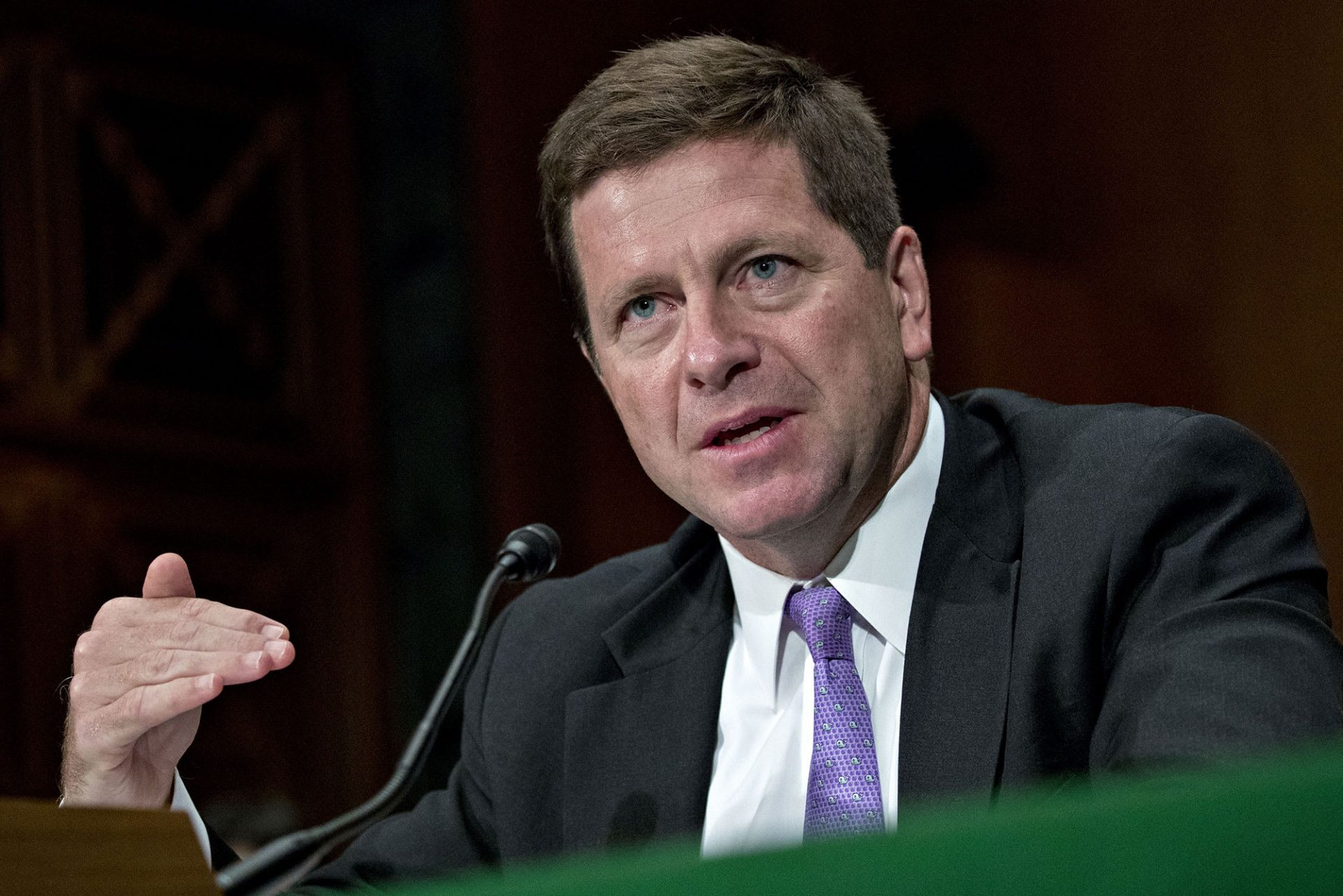 Chairman Jay Clayton is geared to leave the U.S. Securities and Exchange Commission (SEC) after President Donald Trump nominates him to serve as the next U.S. attorney for the Southern District of New York. With his departure, the cryptocurrency industry is hopeful that the SEC will finally approve a bitcoin exchange-traded fund (ETF).

Jay Clayton Exiting SEC, What It Means for Crypto and Bitcoin ETF Approval

The U.S. Department of Justice released a statement by Attorney General William P. Barr on Friday. “President Trump intends to nominate Jay Clayton, currently the chairman of the Securities and Exchange Commission, to serve as the new United States attorney for the Southern District of New York,” the statement reads. “On behalf of the president, I thank Jay for accepting this nomination.”

Clayton’s impending exit as the SEC chairman has many people speculate how the change will affect the cryptocurrency industry, including the likelihood of a bitcoin ETF being approved by the SEC.

Jake Chervinsky, general counsel at Compound and an adjunct professor at Georgetown University Law Center, tweeted: “The SEC chair is one of the most important U.S. officials for crypto regulation. Chairman Clayton’s replacement will have a massive impact on the industry (for better or worse). Our chance at ETF approval & clarity on a wide range of issues for years to come hangs in the balance.”

Billionaire investor and CEO of Galaxy Digital Mike Novogratz said: “Have to think [Jay Clayton] leaving the SEC is good for BTC. Makes ETF more likely. Let’s hope his successor is a futurist.”

Whatever else, Jay Clayton leaving the SEC is a win for crypto and sound money fans across the world. Hopefully he does less damage as a US atty.

Under Clayton’s watch, all proposals for a bitcoin ETF have been rejected. A bitcoin skeptic, he said in September last year that he does not see bitcoin trading on a major exchange until it is “better regulated.” The chairman raised several concerns such as the difficulty of price discovery for investors trying to cash in on crypto. James Angel, a professor at Georgetown University’s McDonough School of Business, told Cointelegraph, “We won’t see it [bitcoin ETF] on Jay Clayton’s watch.”

Meanwhile, the SEC has a crypto-friendly commissioner. Hester Peirce, often known as “crypto mom,” has been nominated for a second term as an SEC commissioner. She has been trying to convince her colleagues at the commission that the time is right for approving a bitcoin ETF. Last month, Peirce said there is an increasing demand for crypto, especially among institutional investors. She put forward the Token Safe Harbor Proposal in February “to fill the gap between regulation and decentralization.” It gives token issuers a three-year exemption from federal securities laws. Some people in the crypto space want Peirce to take the role of the SEC chairman after Clayton leaves. In February, crypto mom said:

The Commission’s approach to these bitcoin exchange-traded products is frustrating because it evinces a stubborn stodginess in the face of innovation.

Clayton will remain as chairman of the SEC while the Senate considers his nomination. In addition, current U.S. attorney for the Southern District of New York Geoffrey Berman reportedly refused to step down until Clayton is confirmed by the Senate.