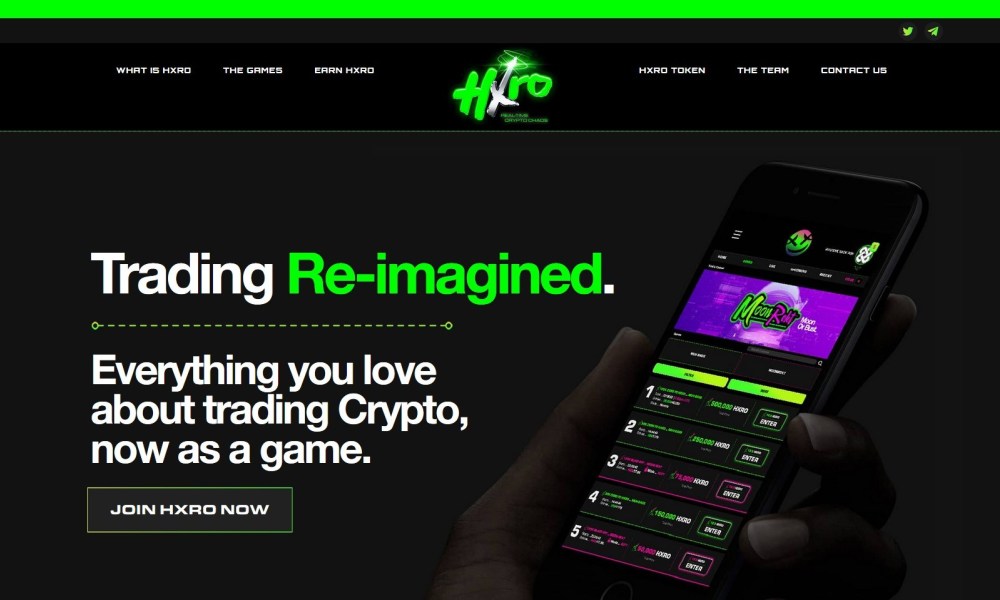 New Betting Game Hxro Is Ready To Onboard Waitlisted Users

Hxro offers a trading game to consumers that have been limited in its release to players. In fact, the volume was so substantial that the company originally had to develop a waitlist. Luckily, they are now preparing to open the door to those players, featuring 35,000 emails that are on a waiting list right now.

Hxro, which is pronounced in the same way as “hero,” offers crypto trading with the use of its own token, which is aptly named HXRO. Real money is put into the game, and the creators develop new ways to change up typical trading behavior. The platform is still fairly small, so there’s only one game, which involves the wager over whether BTC will see an increase or a decrease within a five-minute interval. New cards pop up every five minutes and even a difference of a penny count.

CEO Dan Gunsberg of Hxro has said that the priority is to get involved with social gaming by way of trading, which he calls “unchartered territory.” The founders of the platform primarily have experience in gambling and trading, which Gunsberg holding 20 years’ worth. In 2015, he ventured into cryptocurrency and made the complete transition only two days later.

The development of the Hxro application began last year in May, taking until January 1st for a beta launch. Presently, there are only 600 people involved, and they were even given some free tokens as part of a reward for being the first users. CoinDesk was also given 500 HXRO to test out the usability of the website, but they cannot be withdrawn.

Each bet requires at least 10 HXRO, which is worth less than $1. However, some users have already gotten so involved in the five-minute bets that they have ended up staying online for hours at a time. The whole point is to continually play the game on the website, and users can check their winnings on the leaderboard. One user, Brian Krogsgard, warns users to avoid sending more than 10% of their present account on a pool, and even no more than 1% on a single card. Even a small movement on this platform is worth getting excited about.

As users bet, the only thing that they can see before is how big the pool has gotten, though there is no way to see how much either side has gotten for the present pool. Instead, they can check former cards that have been played to see which ones have won to help determine the trajectory of the coin at that point. Still, if a lot of people end up better on the winning side, then the division of the winnings will be fairly low anyway.

There are ways of moving the bets in the way that the user wants – the Telegram channel. The social level of this gaming platform is in the beta stage, but it allows users to essentially stir up the conversation and even cause the users to lean towards another side, improving their own profits.

Meltem Demirors of CoinShares revealed that she is involved with the beta test, though she is not an investor. Speaking with CoinDesk, she revealed that the way to play is by understanding the other players and being strategic in when someone bets. She suggests a “contrarian” approach.

Hxro managed to raise $500,000 in a pre-seed round last year when the project was in the developing stages. Presently, they are engaged in a $2 million equity round. Presently, the company is placing a maximum on their HXRO tokens, which is at 1.575 billion. However, the company has locked up 325 million to never be used. CoinMarketCap presently shows that the token is only worth 8 cents, though the full launch may cause that value to rise.

Over time, Gunsberg hopes that the success of Hxro will move along the progress of other applications like this one. He suggested other intervals to test out, or even apps that have different currencies at stake. There is one application that could work in a similar way to fantasy sports called MUHBAGS, but it would involve altcoins instead.