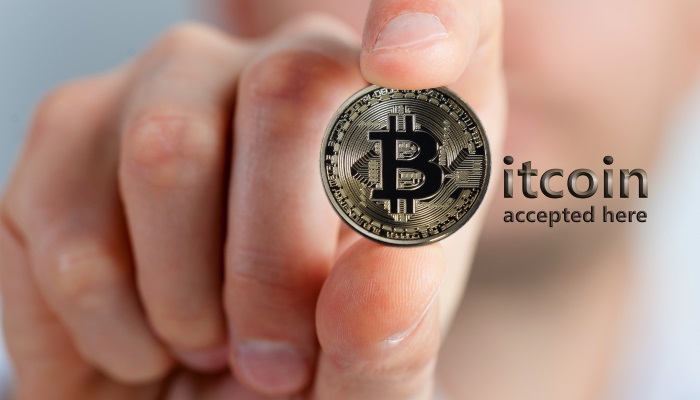 In more and more places in the world you can pay with bitcoin (BTC), or buy bitcoin at a BTC cash machine. The same goes for the self-proclaimed “Bitcoin City” in Arnhem. However, few people seem to be willing to pay for their cup of coffee with bitcoin. Why is that?

In total, around 14,500 entrepreneurs worldwide accept bitcoin in their store or company. The number of entrepreneurs that accept bitcoin is increasing considerably. In addition, the number of bitcoin ATMs doubled in 2018. In short, a good sign with regard to the mass adoption of cryptocurrency.
Since 2014, Arnhem has been focusing on bitcoin. It therefore calls itself “the world’s bitcoin-friendliest city”. You can go to 114 entrepreneurs with your bitcoin, from hotels to clothing stores. A weekend in Arnhem can therefore easily be survived with some bitcoins in your pocket.

While the infrastructure for bitcoin payments is starting to take shape, the number of actual bitcoin payments remains behind. Since the beginning of 2019, for example, payment has only been made 50 times with bitcoin in Arnhem. And that is mainly because most bitcoin owners want to HODL their BTCs.
HODLs is a popular term within the crypto industry that indicates that someone is holding his or her crypto assets. They do this mainly to be able to profit from a possible new price increase, with which just like during the bull run at the end of 2017, substantial money can be earned.

Earlier we reported on the fanatic bitcoin HODL’er Brock Pierce who bought a house in Amsterdam with a crypto mortgage. That he did this with a crypto mortgage is yet another proof that most people prefer to stay away from their bitcoin. And then paying with bitcoins for a cup of coffee is the last thing you think about.

In addition to the often high costs that are charged by a bitcoin cash machine, paying with bitcoins is more time-consuming compared to existing payment options. Paying with your credit or debit card is currently much easier and faster.

In addition, bitcoin is often seen as the digital gold, a means to protect you against financial instability such as in Venezuela or as a result of the Brexit, or simply as an investment instrument. It is therefore that most bitcoiners do not spend their bitcoins, and HODLs until the next major prize rally.