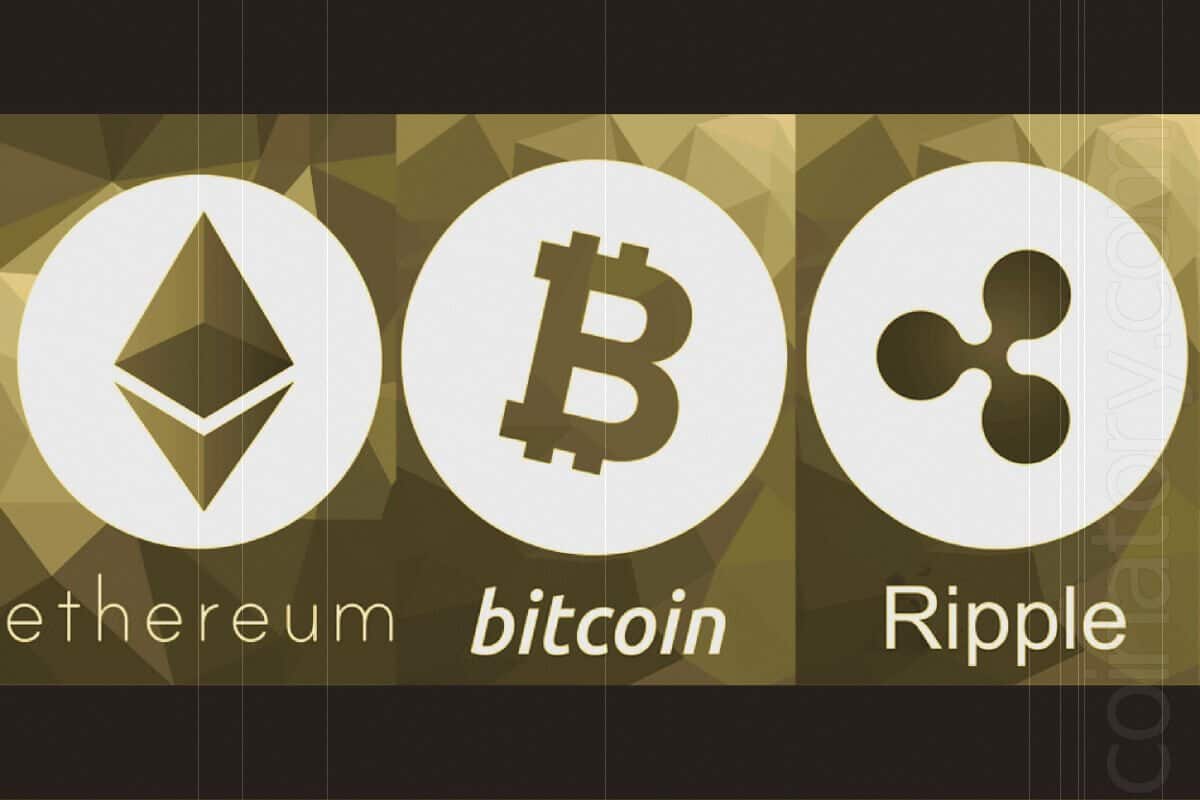 Ripple loses the last place on the crypto market podium to USDT after yesterday’s falls and the capital flight to the fiat market anchor offered by the US Dollar Tether.

The change in position is not due to a capital flight from the XRP, but rather the significant inflow of capital into the USDT from sales in the entire crypto universe.

Paradoxically, the Ripple is showing very positive signs at the beginning of the day. According to its dominance chart, it could be about to start a powerful upward leg in the race for market capitalization.

The 200-day simple moving average is at the 4.38% level of dominance, and that would be the goal in short to medium term.

The USDT’s advantage over Ripple in market cap is just over $200M, so Ripple is likely to regain its place in the Top 3 quickly.

The mid-afternoon sales along the crypto board had no significant technical consequences but confirmed that Bitcoin needs to come down for fresh money after failing at the $10000 resistance level.

The Bitcoin dominance graph indicates that the weakness of Bitcoin will continue in the short term. Support at the 67th market share level is the primary target, but a loss of that level would shift the medium-term target to the 60% dominance zone.

The impact of this move would be very bullish for the crypto segment even though if the process leads to a bearish leg, it would penalize the fiat currency valuations of the investment portfolios.

Market sentiment has collapsed from yesterday’s falls and is moving back into the “fear” zone after only a few hours in the “neutral” area of the indicator prepared by alternative.me

The ETH/BTC pair is currently trading at the price level of 0.02219 and is once again attempting to break out of the price congestion resistance level at 0.0222 after four days of trying.

The MACD on the daily chart continues to cross the oversold territory but is not yet sufficiently steep to make a significant move upward in the coming hours.

The short-term DMI confirms the lack of upward momentum for the ETH/BTC pair. The bears are still in control, but with a small advantage, they could lose at any moment – and give a bullish signal that benefits the Ethereum over Bitcoin.

The BTC/USD pair is currently trading at $9054 and is following the positive market trend in reaction to yesterday’s declines. The moving averages are negative as the 100-day simple moving average loses its lateral profile and becomes bearish.

Only a bullish reaction in the next few hours from BTC/USD could prevent a move of the leading moving averages towards the $7500 level.

The MACD on the daily chart increases the bearish profile and projects more declines in the future. Considering the situation of the dominance charts, we can expect that in the short term, Bitcoin will fall, but the Altcoins will rise slightly or fall less than BTC.

The DMI on the daily chart shows the bulls leading the BTC/USD pair, but with the bears threatening to take over in the coming sessions.

The ETH/USD pair is currently trading at the $201 price level and has regained a critical psychological level for Buterin’s creature. Also, in the case of the Ethereum, we see the 200-day simple moving average losing its bullish profile and rapidly mutating into a bearish one.

The MACD on the daily chart is in a dual position that can quickly move in all three market directions: up, down or sideways. So total uncertainty, or full possibilities, depending on the trader’s mood.

The DMI on the daily chart shows bears leading with a small advantage over bulls. The buying side has it’s favour moving above the ADX line, and if there are strong buys, they can quickly turn the situation around.

The XRP/USD pair may surprise and move up sharply in the next sessions. The Ripple has been in a downward phase for months, and the degree of confidence towards the Ripple Ltd project is at its lowest.

The main moving averages are still tilted downwards and point to the $0.185 level.

The MACD on the daily chart continues to have a completely flat profile which is supported by the neutral level of the indicator and could quickly bounce back upwards.

The DMI on the daily chart shows the bears controlling the pair with a significant advantage over the bulls. The buy-side is not optimistic in the short term and moves downwards for another day.

Ripple Weekly Forecast: XRP/USD bounces to recovery after crashing to $0.19

Why THETA price is up 180% in two weeks, outperforming even Bitcoin