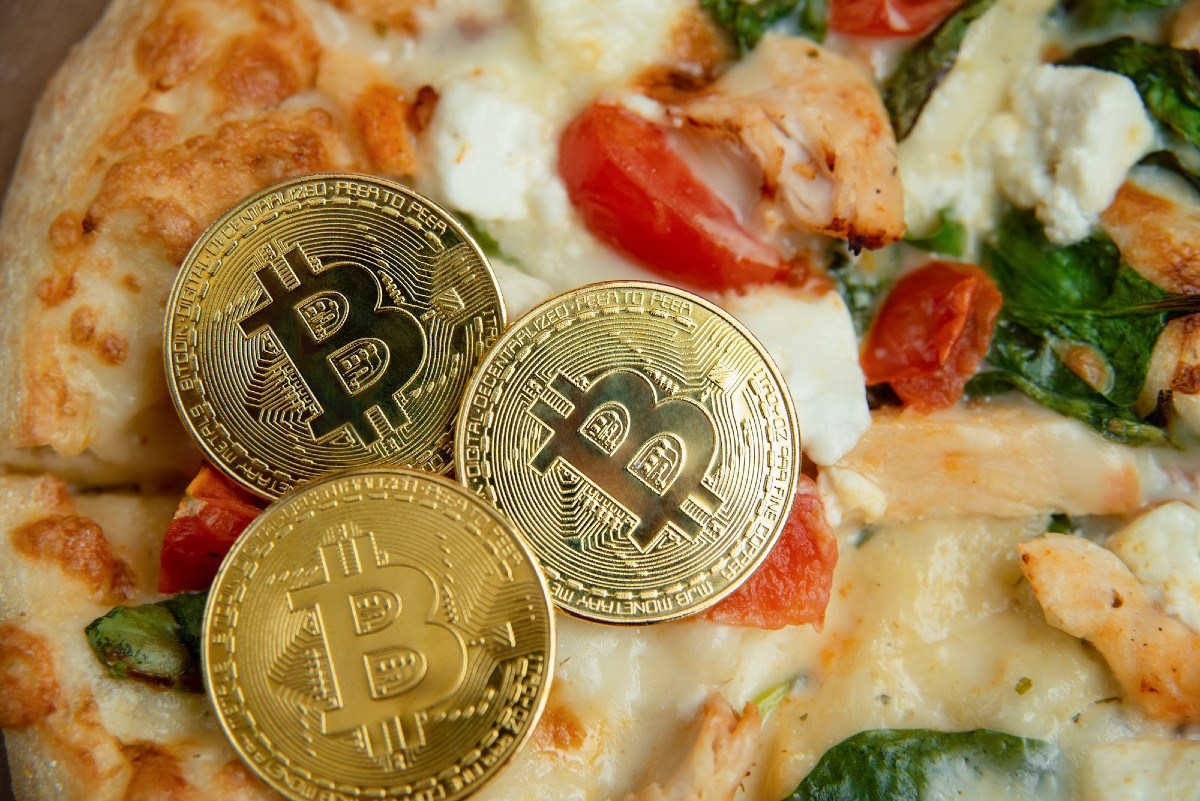 Yesterday was Bitcoin Pizza Day. Traders and crypto enthusiasts around the world celebrated by snacking and munching on pizza not necessarily because it’s so good, but because it’s part of a now ten-year tradition that many industry players like to celebrate.

May 22, 2010 was a monumental day in most crypto enthusiasts’ eyes given that it was the first time an official purchase was made with bitcoin. The currency, like all digital assets, was initially created to be a means of payment for goods and services. The problem is that many companies will not accept it due to its extreme volatility, thus forcing bitcoin into a much more speculative category.

The purchase discussed here was made by a man in Florida named Laszlo Hanyecz. He was one of bitcoin’s earliest technical contributors and had several BTC units in his stash, which at the time, didn’t seem like much of a big deal considering the asset was nowhere near the price it’s at now.

Hanyecz decided he was hungry and that he didn’t want to pay cash for his meal. He quickly put out a message on Bitcoin Talk, a cryptocurrency group discussion forum, saying that he was eager to pay for his lunch with bitcoin granted someone was willing to engage in the trade. He explained in the message board:

I’ll pay 10,000 bitcoins for a couple of pizzas… Maybe two large ones so I have some left over for the next day. If you’re interested, please let me know and we can work out a deal.

What a Story It Is

A user on Bitcoin Talk named “Jercos” answered. He agreed to the trade and accepted the 10,000 BTC from Hanyecz granted that he would order and paid for the pizzas. At the time, the 10,000 bitcoins amounted to just over $40. In an interview, Hanyecz stated:

I wanted to do the pizza thing because to me it was free pizza. I mean, I coded this thing and mined bitcoin and I felt like I was winning the internet that day. I got pizza for contributing to an open-source project. Usually, hobbies are a time sink and a money sink, and in this case, my hobby bought me dinner. I was like, ‘Man, I got these GPUs linked together. Now, I’m going to mine twice as fast. I’m just going to be eating free food. I’ll never have to buy food again.’

From here, Hanyecz would complete similar transactions about nine more times, bringing his total BTC for food trades to about ten. Overall, he would spend more than 100,000 BTC on meals. The events have become monumental for the crypto community, though there are many that wonder, “How rich would Hanyecz be if he had just gone out, bought groceries and allowed those BTC units to grow?”

Bitcoin: Venezuela and Russia ahead of U.S. and China in adoption