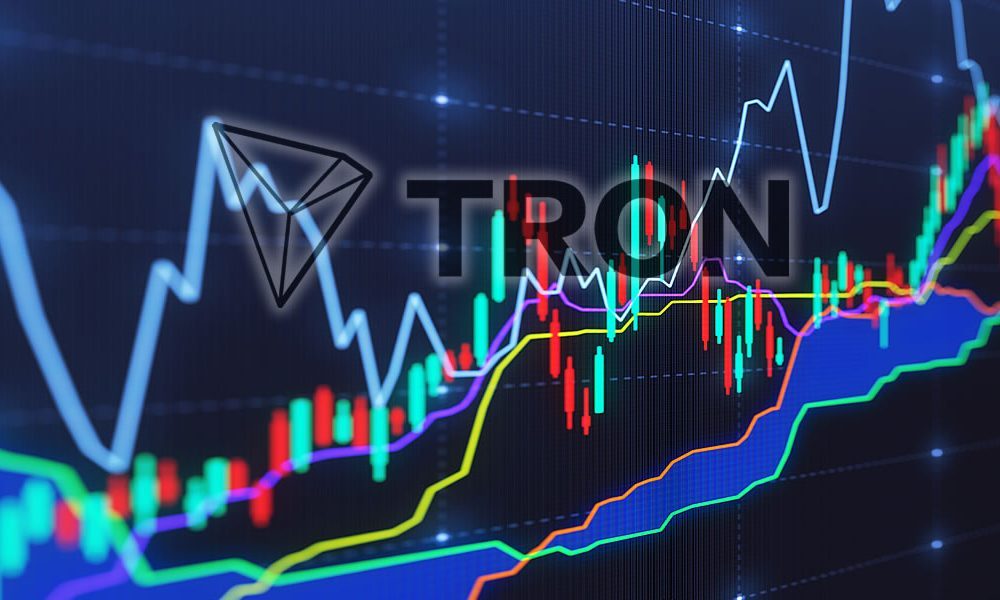 The Tron price (TRX) on Wednesday maintained its bullish momentum despite a watchful sentiment across other cryptocurrencies.

The TRX/USD rate today peaked towards 0.0306, up 53% for the week after posting five consecutive daily buying sessions. On a 24-hour adjusted timeframe, the pair has posted a whopping 13.56% gain against the US dollar. The strong buying sentiment has prompted Tron’s market capitalization to jump two ranks, leaving Craig Wright’s Bitcoin SV and stablecoin Tether behind.

Tron is also showing strong muscles against Bitcoin. According to an aggregate price index, the TRX/BTC pair has jumped 13.15% to 722 satoshis.

The grandfather of Dapp finally finds its decentralized currency and business model. Should be a very interesting case study.

The overall development appears to have attracted sentimentalists towards the Tron market, especially when rest of the top coins are finding it difficult to reach their next upside targets. The crypto token’s surge against Bitcoin alone explains that.

Will the Tron Rally Last?

The signs of sentimental trading suggest that traders will want to exit their long positions on a profitable note on the first sign of pullback action.

The TRX/USD rate has overreached its upside targets according to the Relative Strength Indicator (RSI) momentum. It is now near 80, which indicates a downside correction in the coming sessions. In the best case scenario, the TRX/USD pair will be forming a bull flag as it corrects to the south, after which it will resume its uptrend to form new higher highs. In the other scenario, which is not entirely a worst case, the pair will extend its downside correction to restest 0.0182 as its support.

As of now, Tron has already formed what the market calls a cup and handle pattern, followed by a breakout. Generally, the cups with stronger Us and handle size below the size of half the cup provide strong signals. We are merely discussing the pattern to realize the interim bias of the Tron market.

In the event of an extended breakout action, such that TRX/USD breaks above 0.0310, the next upside target would shift towards 0.0443, the high from July 18 trading session.

From Bitcoin to Brexit, Here’s What Investors Need to Watch for in 2019

Once Ripple Settles Its Case, XRP and...