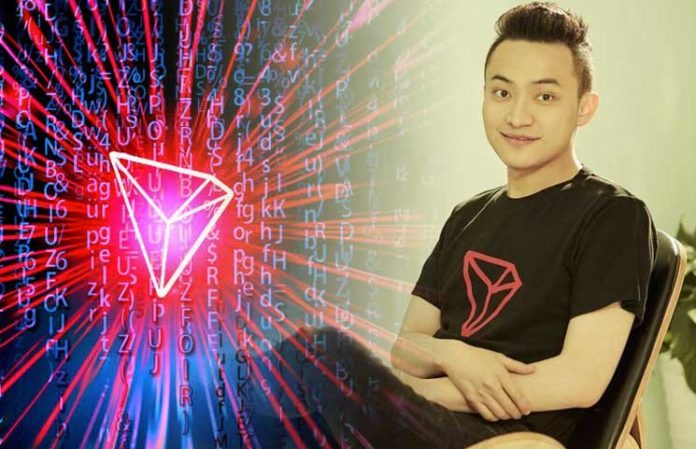 The ninth largest coin, Tron [TRX] has recently entered the top 10 cryptocurrency list and has stunned most of the people in the crypto space. Tron was recently conducting niTron summit where the Chief Executive Officer [CEO] Justin Sun talked about the foundation’s goals. In a recent interview with Coinspeaker, Sun said that Tron aims at decentralizing the internet, which right now is in the hands of companies like Facebook, Amazon, and Google.

Sun reminisced about his days before Tron. He said:

“I’ve been interested in crypto and blockchain since 2012. I initially invested in Bitcoin, and then worked in the industry before realizing I would need to take the initiative to realize my goals by creating an independent company. We are less than two years old, but already have made big stride by buying BitTorrent and recently introducing BitTorrent Token.”

Sun bragged about his team located in the US and China and told the publication about the aim of the Tron team is to improve their blockchain protocol. Sun commented on BitTorrent’s aim and said that their team is working on integrating blockchain into the BitTorrent peer-to-peer protocol. However, he notes that the main aim of the two teams is “to encourage developers and content owners to create innovation in blockchain world.”

Sun also agreed on EOS and Ethereum being Tron’s competition at least in the near term as even they are looking for a decentralized app ecosystem. He also noted that if they are successful in the longer term, their competition will be the giants like Facebook, Google, Amazon, and others.

Sun talked about the difference between Tron and Ethereum. He said that Tron uses delegated proof of stake [DPoS]. Sun explained about DPoS saying:

“DPoS is a consensus mechanism where 27 super representatives produce the blocks who are in-turn voted for by TRX account holders. We can settle everything within our community by voting on a proposal. It’s a lot more efficient.”

Sun says it is unlike “Ethereum where the miners fight against the developers. We also have much-better throughput than Ethereum and Bitcoin, and no costs for executing transactions on smart contracts.”

Similarly, with EOS, Sun says it costs more money to developers. He appreciated Ethereum’s development path by saying that it is easier to port an application from Ethereum to Tron, but not for EOS. Sun said that the only thing the developers who have less money to spare should think about is “ whether they should stake their future on the EOS platform.”

Sun named BitTorrent to be the killer app as it was already the largest decentralized application with over 100 million monthly users. Sun also took the opportunity to explain the acquisition of BitTorrent and his plan to utilize TRX directly in the project. Sun said:

“We think BTT works with BitTorrent. To use TRX would dilute the value of the currency for current holders, among one of several reasons why we chose the BTT route.”

The CEO of Tron concluded by saying that he believes that this is will be a big year for blockchain. According to Sun, when the poor performers drop out is the time when we will be able to see a return of trust and true growth across the system. He added:

“For TRON, we’ve got some big plans ahead in addition to the things we’ve already announced. If people like what they see as we roll out these things, I believe TRON can truly become a household name.”

Not Possible With Gold: Peter Schiff Asks for Bitcoin Gifts for His Son’s Birthday