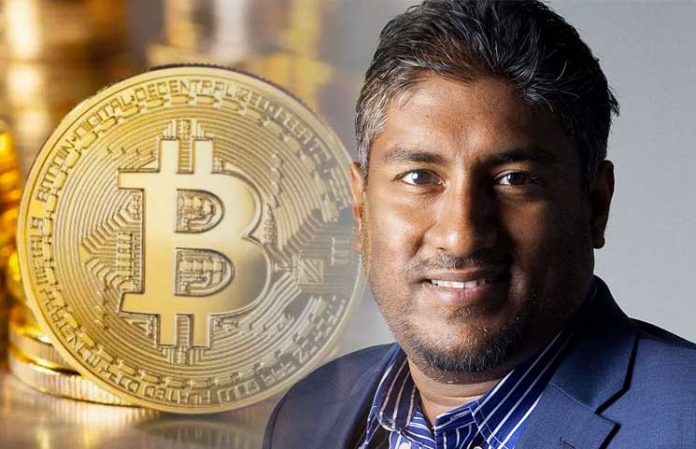 
Civic cryptocurrency CEO, Vinny Lingham, has predicted the value of Bitcoin (BTC) to drop below the $3.000 USD mark before facing a bullish momentum.

The serial entrepreneur and a shark in South Africa’s Shark Tank also explained his decision to transfer the funds raised through crypto to cash.

The last 48 hours has seen a drop in the price across the cryptocurrency industry as most coins lost over 15% of their value. Bitcoin, mostly the catalyst to the falling prices, currently trades at $3,665.23 across major exchanges, representing a 10% drop in price in the past 24 hours. The drop will however not stop here according to Vinny who expects a further drop in price towards the $3,000 region in the coming months.

With bitcoin continuing its freefall and dropping below $4,000, what can be expected in the coming months? @CivicKey CEO @VinnyLingham joins #CheddarLIVE to examine the scenarios for the market. pic.twitter.com/6vLnoOgnPA

The prices in the market have remained relatively stable at $3,000 to $4,500 in the past few months leading to skepticism about the future of Bitcoin. Vinny further commented on this saying that the sideways movements of price are likely to continue in the coming months as investors wait for an upward trend.

Sideways trading in early 2017 was followed by a strong bear momentum hence the question if the current level of price would be bad or good for the digital asset.

In a witted response, Vinny Lingam explained that bitcoin has had several bullish and bearish trend during its decade long history. More investors get on board when the prices are starting to rise which will cause an uptick in price. However, the current level trading we are experiencing may do more harm than good to BTC’S price. He said,

”Sideways trade doesn’t really help us because at this point in time we have more sellers than buyers – people trying to get out from ICOs etc. and that’s a problem. There’s no real momentum into the crypto market right now.”

The Cash Motive For CivicKey Project

The touch on ICO’s was expanded by the journalist who asked Vinny why he chose to transform CivicKey’s ICO funds to cash instead of keeping them in crypto.

The current bear momentum has seen many projects lose the funds they raised as they kept their funds in cryptocurrencies. Lingham policy on cashing out his ICO funds in 2017 was bashed by certain sectors of the crypto community but it is reaping benefits today.

“I think more companies in the space have to tighten their belts and make sure that they have enough run way to get their product to market.” – Vinny Lingham, 2019

However, the CivicKey founder cautioned projects including CivicKey against sitting on the idle cash but to use it to develop its systems.

Furthermore, he urged the efficient use and management of company resources and expenses to avoid the companies going down.

eToro’s Mati Greenspan: Crypto and Blockchain Education Should be at the Top of the 2019 Priority List

THIS EERIE BITCOIN FRACTAL PREDICTS A MOVE TO $13,000 IS IMMINENT