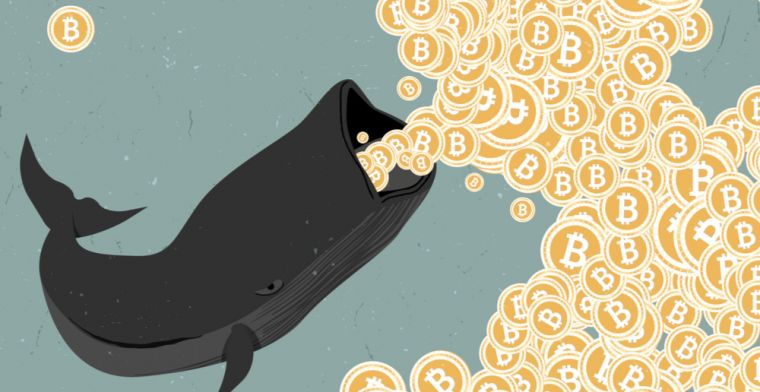 An analysis by an anonymous analyst shows that a bitcoin (BTC) whale has moved an enormous amount of bitcoin. The latest data from the fourth largest BTC wallet shows that the entity has moved and may have sold 60,000 BTC. The value of this amount of BTC is about $ 230 million.

With that, the wallet would now be empty. The bitcoin whale in question has been running bitcoins since May 2014. Since last year, however, the entity has moved and sold the more than 113,000 BTC that have ended up in the wallet since 2014.

For example, it is possible that the wallet owner did the transactions to thwart the analysis of the anonymous analyst. But another possibility is that it concerns over-the-counter (OTC) sales. This would mean that the bitcoin bearwhale is finally ready to sell his or her BTC.

Another plausible possibility is that the owner has decided to distribute the BTC over several wallets for more security. Given the launch of various custody solutions from institutional investment companies such as Fidelity, it is also possible that the BTC is now housed in such custody services. Below you will find a graph of the transactions of the wallet: 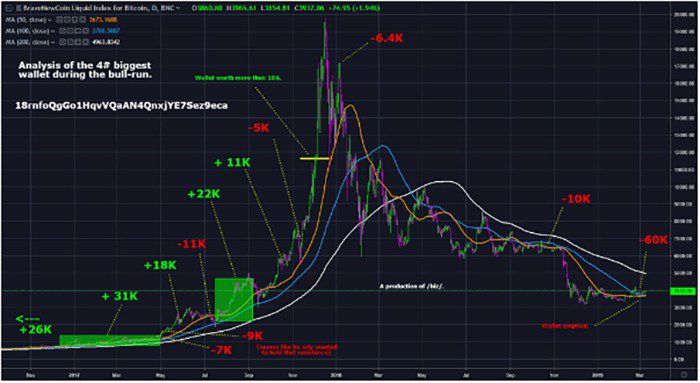 U.S. Inflation Numbers In Line With Expectations, Bitcoin (BTC) Continues to Trade Above $43,500